If you're a modern PHP developer, you may heard about the packagist.org and composer.

The Packagist is a PHP package repositories and it stores many composer-based packages.

What about Composer? It's a package manager for PHP and it can help PHP developers to be easy to manage all kinds of PHP packages via Composer.

And its functionalities are very similar with NPM (a Node.js package manager).

If you use a lot for installing PHP packages via Composer, you may know about this issue.

This issue is about the main Packagist of Asia mirror has the bandwidth problem. (For now, it has been fixed.)

And it causes many PHP developers cannot install some PHP packages via composer install, composer require and composer update at that moment.

I also notice this issue and try to find another mirror to replace.

However, most of mirror locations are listed on official Packagist Org and this are far away from me.

And sometimes these locations cannot save my time because it takes slow time during composer package installation.

To resolve this issue, I want to setup my own Packagist mirror sites in my country.

And I also use packagist-mirror to accomplish my above issue because this mirror setup is recommended by packagist.org.

In this tutorial, I will show you how to use my customized Bash script to setup our own Packagist mirror site on Ubuntu 18.04 hosting system.

Here are some required stuffs before we get started with setting up our amazing Packagist mirror site:

If you've looked at the packagist-mirror repository, you may find it has many kinds of ways to install the Packagist mirror site.

Including Docker container building, hosting setup and so on.

It's easy to use following command to download a packagist_mirror_installer.sh:

After script downloading has been completed, it can change this Bash script permission into 755.

And it will present following captured picture:

It's doing for update and installing required packages.

By default, the system locale will setup for en_US.UTF-8.

If developers want to change locale, it will set specific locale manually.

When installing required packages has been done, it will present following pictures to let developers select current timezone: 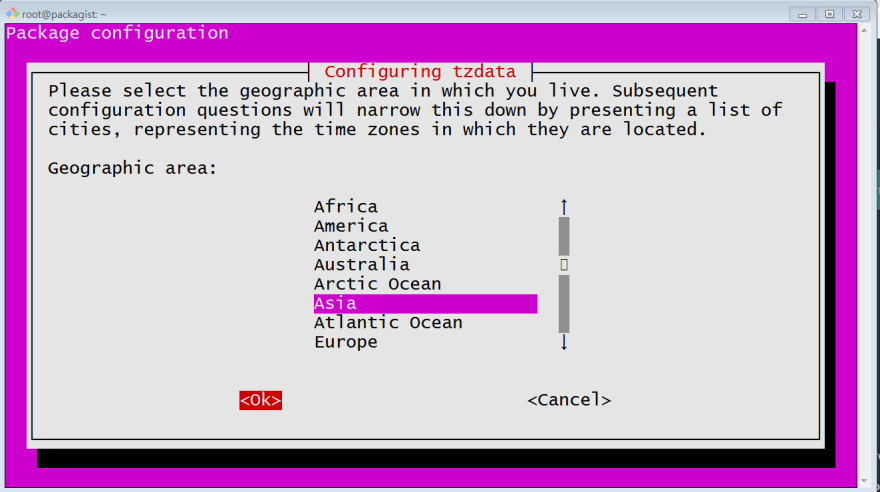 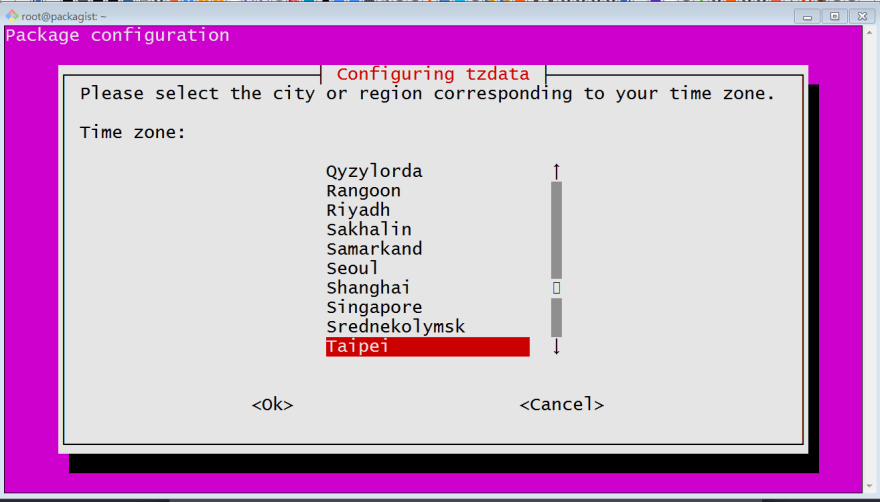 After selecting timezone has been done, it will present following picture to tell developers setting a host name for this mirror site:

If developers don't set any host name and type enter, script will try to use hostname to get current host name on this hosting operating system. And ask you to ensure set this host/domain name.

If the host name is configured correctly, developers can type Y or y to continue the next step.

After setting the host name is successful, the script will try to find the nginx.conf and nginx-default files on current user home directory.

If it doesn't find any Nginx configuration files, it will ask you to skip this copy work and do next step.

If developers type Y or y, it will skip above steps. Otherwise terminate this script with exit code 1.

After doing above steps about copying Nginx configuration files, it will present following picture to tell whether developers to delete all files/folders on /var/www/html/* directory.

If typing Y or y, it should delete all of the things on /var/www/html directory.

After manipulating the /var/www/html folder, it will ask developers whether updating Packagist repository:

After updating Packagist repositories step, it will present following picture:

It will do following steps for above captured picture:

After doing some steps, it will present following picture to tell developers whether syncing Packagist mirror:

After syncing or skip Packagist mirror syncing step, it will present following picture:

It does some steps:

If developers type Y or y, it will do cert-bot command interactively.

And help developers to setup and configure a SSL certificate quickly.

Editing .env file is very simple, and developers can scratch this file from .env.example file.

And it's very clear for every developer to know each DotEnv values have the comment and let us know setting functionality easily.

If developers want to customize index page, it's easy to edit the index.html.php file.

After doing above Bash script correctly, it will have this page.

Enjoy it and have your own Packagist mirror right now :)!

SPL: A Faster and Easier Alternative to SQL

Agile Testing Guilds to Foster a Culture of Learning and Innovation

Once suspended, peter279k will not be able to comment or publish posts until their suspension is removed.

Once unsuspended, peter279k will be able to comment and publish posts again.

Once unpublished, all posts by peter279k will become hidden and only accessible to themselves.

If peter279k is not suspended, they can still re-publish their posts from their dashboard.

Once unpublished, this post will become invisible to the public and only accessible to peter279k.

Thanks for keeping DEV Community 👩‍💻👨‍💻 safe. Here is what you can do to flag peter279k:

Unflagging peter279k will restore default visibility to their posts.