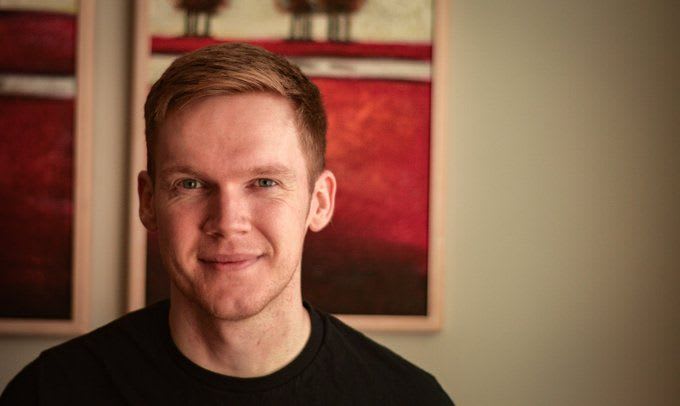 Anthony O'Neill was a designer working at a small company, occasionally touching code. He became more interested in programming and after doing some online courses he snagged a job as a remote Web Developer, allowing him to get out of debt, work from wherever he wants and make his own projects in his own time. Anthony today shared his advice for newbie coders in an exclusive interview.

Hey, I’m Anthony O’Neill, I’m from Newcastle, England and I currently do development for my own website and app agency remotely. My background before development was illustration, design, and some animation. My current location as of writing is Cleveland, Ohio, however I spend most of my time in Dublin, Ireland.

It has easily been my best decision in my career for two big reasons; Firstly, It has allowed me to live and work remotely and not be tied down to a location, so I’ve had the pleasure and privilege to work from many locations around the world in Europe, Asia, and North America.

Secondly, money; I had spent my entire adult life up to working as a developer living month to month with seldom money left in my bank account by the last week. I had spiralled into payday loan debt, no savings, and everything felt impossible. I had been hopping metros, not paying bills, and generally just fucking up big time. After a year of working as a developer I was able to pay off all of my debts - it was a special feeling becoming debt free.

If you don’t have a CS degree, how did you learn coding? Did you do any particular courses or bootcamps?

Whilst working as a designer I was exposed to some code challenges mostly relating to HTML & CSS in emails. After two years of those challenges the mystique behind what I thought developers did was starting to fade and I began getting ideas for small apps and tools to help internal processes at that company; my manager’s response was very encouraging and agreed to buy Treehouse memberships for the design staff.

Over the following 6 months I dedicated time doing web development courses on Treehouse; I found how they introduced people to topics was brilliant as it assumed little to no prior technical knowledge, and coupled with the gamification features of scoring & badges it quickly became exciting.

After completing several courses and modules I was starting to look for programming work soon after. Slightly further into that journey I began volunteering as a mentor for CoderDojo and as a teacher for Codeclub, which were very rewarding and challenging as it brings an extra layer of responsibility to improve your understanding and communication skills. I’m reminded of a likely misattributed quote of Einstien’s “If you can't explain it simply, you don't understand it well enough.”

How did you get your first programming job?

I had built a few simple apps that helped internal processes at where I worked as a designer, and began building other tools and learning more and more as I went a long. An old colleague and close friend had just got a remote job as a UX designer for a VC backed “direct democracy” platform who needed someone to build a single page web app.

I took part in a video interview with the founder who was a software developer, and he bluntly identified some blindspots I had, particularly with terminologies and methodologies, and I left feeling a bit silly and out of my depth, however he said I should read two books: Javascript the Good Parts and Javascript Design Patterns and that I had the job if I wanted it. The prospect of working remotely and having higher pay was enticing and I left my design job and started my developer journey four years ago. 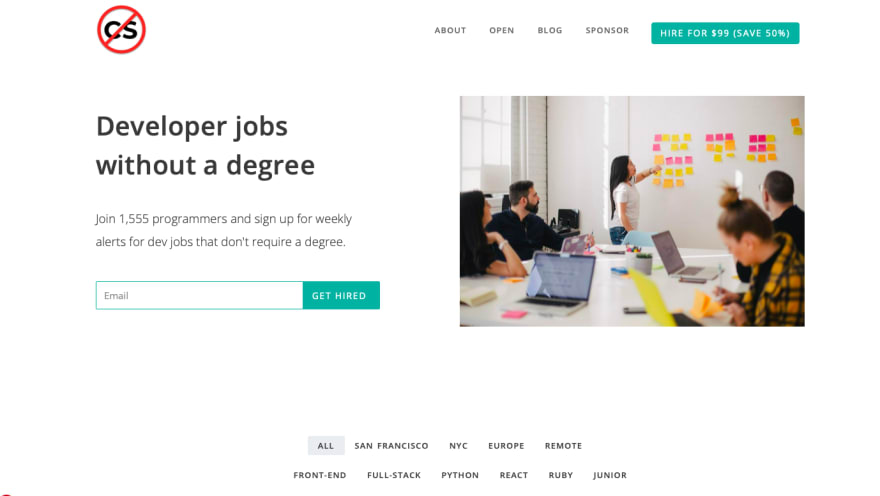 Two developers who I met when learning to code were Paul Barber and Tobias Haar , and they helped me a lot when it came to writing modular and tested code. Just having someone there to talk to about code and not feel worried about seeming like an imposter was wonderful. Online I found Todd Motto and MPJ’s Fun Fun Functionseries really good and would regularly inspire me to learn more.

Businesses are looking for reasons to trust in your ability, so don’t be shy with examples of work being public. Create a GitHub account and put your projects on there and point them to that, or even create a blog and write about your work, although I didn’t do that I did make small projects that demonstrated my abilities in building web apps.

Prepare for technical interviews with Algo Expert- "NOCS" gets you 15% off.

Average day involves client work which is a mix of developing a UI kit for react.js apps and Wordpress websites. I’m also working on some SaaS product ideas but there is nothing live at the time of writing.

Have you ever had imposter syndrome and if so, how have you dealt with it?

Absolutely, especially with large teams of developers. Software development is a very broad field with a fascinating history so you’re never going to know it all, but even with that rationalisation there will be times where you’re worried that you’re about to be “found out”.

I think some developers trigger imposter syndrome in others with bikeshedding about other’s code or tooling etc, and when you come into an environment like that early into your journey it can be quite off putting. My advice is to be nice, be calm, and if it helps with your imposter syndrome then dedicate some learning into areas that you feel unsure about; I particularly enjoyed learning about the history of computers as to build a mental narrative of why we’re here with these tools, but it may make you insufferable company with people who don’t care.

Additionally, if you’re feeling “stupid” or out of your depth, reflect on how far you’ve come in the last week, month, or year and I’ll be surprised if you can’t pinpoint areas where you’ve grown your skillset.

Release products and improve my understanding of machine learning and build a tool with it.

If you enjoyed that it would be great if you can share it with your friends. You can also join the mailing list so you get articles like this twice a week, every week.

Musings on my 5th year as a Software Engineer

How To Choose A Software Engineering Job

Thanks for keeping DEV Community safe. Here is what you can do to flag petecodes: