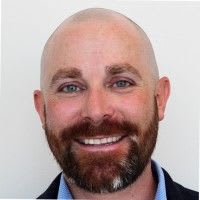 Jesse was burned out from customer service and wanted a career change. He began to learn programming. Jesse is a great example of someone who has improved their job satisfaction as well as salary from learning to code! Check out his interview for his tips for coding beginners and getting a junior developer job.

By the way, you can join a supportive community of self-taught developers - get help with your code and ask experienced developers for career tips in our exclusive voice calls.

Hey, so can you introduce yourself?

Hey! I’m a Software Engineer at Hotel Engine, located in Denver, CO. We offer a corporate travel solution which provides hotel bookings at a discounted price. I work on a monolithic Ruby on Rails application. My team’s focus is on the financial side of the business. Billing, payments, etc.

Why did you learn to code?

I come from a background in sales and customer service. After working in that line of work for over a decade, I got burned out from solving the same problems and having the same conversations day in and day out. As a result, I started brainstorming careers that would involve constantly solving new and interesting problems as well as encourage continual learning.

I’d always been interested in computers and enjoyed tinkering with the hardware side of things as a hobby. Eventually, I came to the realization that the software side of it was exactly what I’d been searching for. I’d also heard that it paid pretty well! 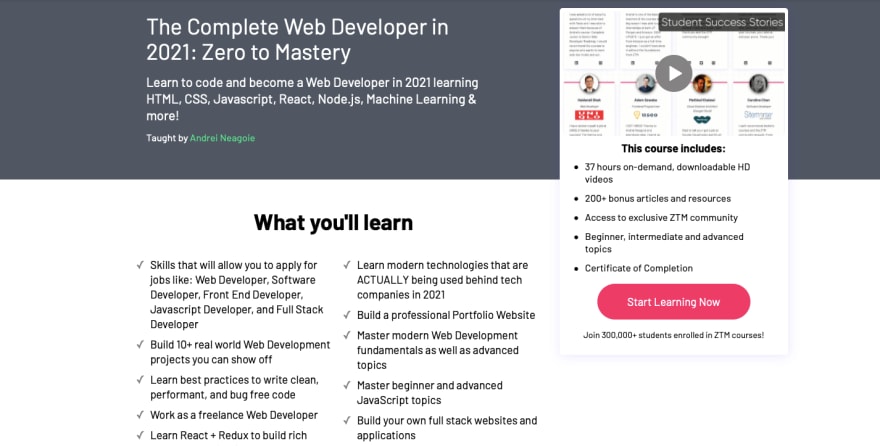 What job were you doing before software development?

I’ve done quite a few different things prior to software engineering. After an unsuccessful stint in college, I got into bartending and did that for about 7 years. Got to the point where I was either going to be a bartender forever, or find a different career path. I left the hospitality industry and did a 1.5 year stint at IBM doing tech support.

That’s really where I fell in love with technology, however, as a contractor the pay was extremely low. Through an acquaintance, I was offered a job as an inside sales rep at a real estate office. Being as it quite literally doubled my salary, I decided to give it a shot. I was good at it and was making good money, but it just wasn’t all that interesting.

I do have an AAS in programming, however it was mostly learning the basics of a few different languages (C++, Java, SQL) and didn’t go into depth in much of anything. I’ve also taken courses on Codecademy independently. I really learned how to write practical web applications at a bootcamp in Denver called Turing School of Software and design.

I went through the backend program, starting with pure Ruby, then Sinatra, and finally Ruby on Rails. At the end of the program, we had the opportunity to learn a little Javascript as well. I don’t know that I’d do anything differently. The AAS and independent learning proved to be extremely useful at the beginning of the bootcamp, though the curriculum surpassed my knowledge in a few short weeks. As far as practicing problem solving and learning new languages, I really enjoy exercism.io.

How has your life changed since learning to code?

The biggest change in my life since learning to code was that I no longer dreaded going to work each day. For me, that alone is worth its weight in gold. Some days are definitely better than others and it’s not all rainbows and unicorns, but overall I enjoy it a lot.

When I first made the transition into software from my previous career, it was pretty close to a lateral move, financially speaking. I just started my 3rd job since finishing my bootcamp, and am happy to say it was a 60% pay increase.

What does a typical day as a software developer look like for you?

I usually wake up around 7am, drink some coffee and get ready for the day. I get started with work around 8am, checking emails and any Slack messages I might have missed. I have our team daily standup meeting at 8:30. After that, I either continue working on a ticket in progress, or if I don’t have anything in flight, I pick a new one off of our board based on priorities discussed in the standup meeting.

Then, I’ll work on code until about noon when I take lunch. Most days I try to get in a workout on our rower, which I enjoy quite a bit. That exercise gives me a boost to get through the rest of the day. After lunch I generally work more on code until I wrap up at 5pm. Sometimes there will be meetings scheduled throughout the week, but usually not too many.

I work on the backend of a monolithic Ruby on Rails application, which is the language and framework I’m most comfortable with (and the one I learned at bootcamp). I’m a month into this new job, so I am still familiarizing myself with the codebase, but things are beginning to come together from a contextual standpoint.

What was the interview process like for your first developer job?

Technically, my first developer job was at the real estate office I worked at before bootcamp and didn’t have much of an interview process. They basically called one day, asked if I was interested, and I accepted. So we’ll skip that one and I’ll tell you about my second job interview process. The interview process was pretty straightforward. Started with a 30 min phone screening with a recruiter. The second round consisted of a take-home tech challenge.

They gave me a half built application with some failing tests that I had to get passed and then build a few new features. It wasn’t terribly difficult, though it was in Javascript which I wasn’t very familiar with at that time. I also had to take the CCAT assessment. The last round was an in-person interview with 2 members of the engineering department; one developer and one manager. They asked some technical questions as well as some behavioral questions. I received an offer about a week later.

Do you have tips for people who want to learn to code without doing a degree?

2. Don’t be afraid to try things out. Sometimes they’ll work, sometimes they won’t. But having the courage to keep trying different approaches is how you learn.

3. Leverage the community. Going at it alone is extremely difficult. But there is a large community of humans out there who have been in your position and would love to help. Attend meetups and meet other engineers. Join online communities where you can get help when you need it and help others when they need it. Additionally, having a strong network is extremely helpful when searching for jobs.

What are your career goals for the future?

To be quite honest, I’m not 100% sure where I want to end up. At this point, I’m having a blast being an individual contributor. I recently advanced from Jr. Software Engineer to Software Engineer. I’d like to reach Senior Software Engineer level within the next 5 years. From there, I have a decision to make. I could either go for management, or stay as an IC and shoot for more advanced technical engineering titles. Like I said, I’m really enjoying the IC path for now, but that may change in the future.

Join a community of self-taught developers - get help with your code and ask experienced developers for career tips in our exclusive voice calls.