I've written an improved version of the random string generator and have blogged about it here: 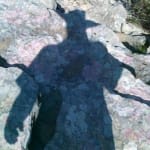 1: This article's code samples are all T-SQL. For other SQL dialects, some changes need to be done in the code, but the principles still hold.

2: An article called How to pre-populate a random strings pool was just published on my blog.

Why would I want a pool of random strings?

Random strings can be very useful in many different use cases – from shortened URLs to encryption keys and salts, we use them everywhere. But why would we want to pre-populate a pool of them instead of generating them on the fly when you need them? Well, if you just want your strings to be random, then by all means, generate them on the fly. but if you want them to be both random and unique – then you need a pool of them. Why? because of what’s known as the birthday problem.

In a nutshell, the birthday problem concerns the probability that two people in a group of x people will share their birthday.
Surprisingly, that probability is a lot higher than most people would assume.
In a group of just 23 people, the chance of two people to share a birthday is 50% - and it climbs to 99.9% when the group has just 70 people.

How to generate random strings?

This question has an answer by SQL Server expert Martin Smith.

I've edited his code a bit to also allow numbers in the random strings, and to pack it into a user defined inline table function. To do that, I had to first create a view, because you can't use the newid operator in a user defined function. The view is very simple:

and the function based on Martin's code that use it is this:

Inside the inner query, you use Abs(Checksum(NewGuid)) as a random number, and you base your return value on the ascii codes of chars - numbers from 65 to 90 are ascii codes for upper case letters, from 97 to 122 are lower case, and from 48 to 57 are for digits. You also use the same technique to determine whether to return a digit, an upper case letter or a lower case letter.

You use this function to generate random strings like this:

This will return a list of 100 random strings of 20 chars each.

If you want to guarantee your random strings will also be unique, you have to pre-populate a table with them, and have a unique constraint/index on the column holding the strings.

You can read more about it in How to pre-populate a random strings pool over on my blog. There's also a link there to an online demo on rextester.

Should I use SQLite, PostgreSQL, or MySQL?

Once suspended, peledzohar will not be able to comment or publish posts until their suspension is removed.

Once unsuspended, peledzohar will be able to comment and publish posts again.

Once unpublished, all posts by peledzohar will become hidden and only accessible to themselves.

If peledzohar is not suspended, they can still re-publish their posts from their dashboard.