These days software firms are putting in a lot of effort to attain quality at speed. Whether it’s continuous testing, agile or bringing AI into automation, it is required to refine the software development process to keep up with the rapid technological changes. The best way to do that is to adopt practices like parallel testing which will save time and effort. So let’s get into the details of parallel testing and understand the benefits and challenges faced to implement it into the software development life cycle.

What is Parallel testing?

Parallel testing is defined as a type of software testing where multiple apps or features are tested simultaneously which reduces time consumption.
Mostly it is done when a new version is released for an app. There is a need to check the compatibility of the latest version of different device, browsers and OS combination.

For example, if there is a new version of the OS being launched, then there is a need for testing the app to check if all the features are working fine with the new OS version.

So parallel testing can be used when the app is to be tested on the different version of the operating system or when there is a new version of the app to be launched.

To perform parallel testing you can simply create slave projects for the different functionalities of the app and a master project that will run these projects.

Why and When to Perform Parallel Testing

Parallel testing is done to make sure if the new version of the app works fine or to check the consistency between the old and the new version. It can also be done to check the integrity of the new app and the data format between the versions. When a company is moving from the old system to new system and synchronization is performed, it becomes necessary to check the legacy data is imported from one system to another and all the outcomes are defined more accurately especially in the financial domain. 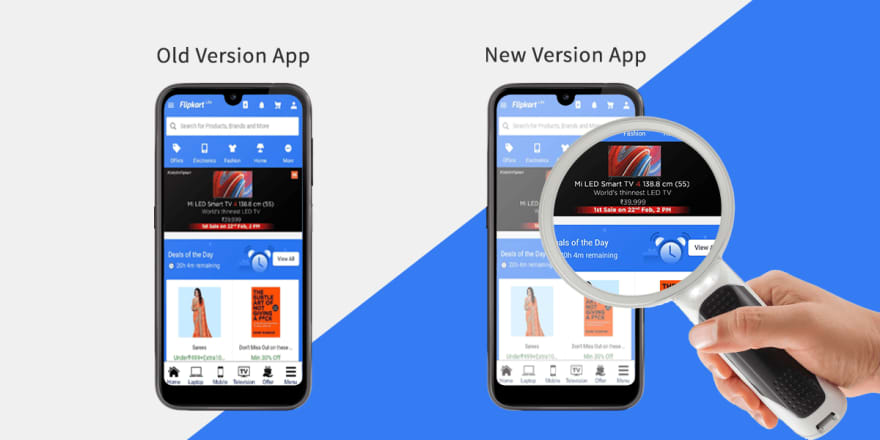 Better Development Flow: Better reporting and quick feedback with parallel testing enable testers to share the results with the development team. This practice also boosts the Continuous Integration efforts which lead to the timely delivery of the product. Parallel testing also helps build better communication between the QA team and the developers as the testing and reporting are done in a timely manner.

Less Effort: Needless to say manual testing is very important but doing regression testing again and again on different devices combinations will be time-consuming. Performing parallel testing will reduce the amount of work that you have to put in as you will have to work on one script only. That script will be replicated on multiple devices.

Time-Saving: Parallel testing saves your time by a lot and that time can be invested in exploratory testing. Even if you are testing your app on two devices, your testing speed increases by two times. Human error can give you incorrect data so it’s better to use parallel testing for such repetitive testing which can also be boring.

Better Test Coverage: The test coverage increases when you test your app on various device browser-OS combinations. The more devices you test your app on the better. This will ensure that the end user gets the best experience irrespective of the device used. In this way, parallel testing ensures better user experience which means better ROI.

Less script: You can just write the script once and rerun the test on multiple devices. The older and newer version of your app can be installed on different devices to check compatibility and consistency. The goal is to make sure that the newer version of the app works fine on the latest and the legacy devices similar to the older version with some updates.

Parallel testing has its own sets of challenges and It is always better to get familiar with the issues before making a decision. Although there are solutions to these challenges which are also mentioned below.

Infrastructure Limitations: The cost to set up the test environment can take a toll on the company’s finance as the infrastructure and maintenance will cost a lot. Mobile and networking devices will add to the cost. Also, the company will have to hire highly skilled professionals just to maintain the setup. Instead of this companies can opt for cloud-based services like pCloudy where they will get all the desired devices to test on which can be accessed from anywhere anytime.

Data Dependencies: It might be difficult to make a strategy for parallel testing if the test cases are dependent on some specific data. So if we take a case of sign up page. There can be test scripts running for a user login but if not done in a sequential manner then any other script might run first which would delete the user credentials form the database. Another script might also run which will require a user to enter the data. In this case, it will be difficult to integrate the scripts into parallel testing due to data dependencies. This is why it is required to write the test scripts which are truly data independent. Therefore the test scripts should have the configured data which is required for the test run and then the scripts can be modified to run in parallel.

To sum up, parallel testing reduces the effort and time spent on testing the app by multiples. It also increases your test coverage and helps provide a better user experience. The best way to do parallel testing is by using the cloud platform as you will not have to invest in the infrastructure and you will be able to access the devices from anywhere anytime. So if your testing team is distributed across the globe, this will be your best option and all that extra money saved in the maintenance can be put to good use for some other feature development process.

OLM to PST Converter Software to Convert OLM to PST

Top 10 PPC trends for your business growth in 2021

At the Core of Web Accessibility: Semantic HTML