Electronics and Programming are not that Scary

Most of us here, write a lot of code and very rarely have any kind of interaction with electronics, which indeed run our codes. Another thing is a common myth that electronics are very difficult to understand and that we need at least an electronic engineer title to get started with it. As a technician, petrolhead and coding enthusiast, Arduino was always somewhere on my list. I also had an RC car when I was a kid and always wanted to buy another one in my adulthood, so now when I have started learning to code, got an Arduino kit, it was the best time to make this childhood dream come true.

Before and if you proceed to the next part I want to add a few more things. First of all, this is an old article that I have published before on some technical websites related to microcontrollers, so you can treat this one just as a remastered version. This tutorial is heavily based on the technical explanation, however, in the second part of the tutorial, I explain the code written in Arduino IDE. Last but not least, even though ArduCar is my own application written in Java, I have not provided the source code nor an explanation of it in this tutorial.

Let's have some fun!

In this instruction, you will learn how to create an Arduino based RC car from a scratch. No prior programming, Arduino, or electronics experience needed. Even though having some previous experience in those fields can be helpful, everyone should be able to finish this project without any problems. You may also ask, why Power bank? These days, those devices are becoming more and more affordable, in some cases, they are even cheaper than batteries, many of us have them at our own houses, they can be reused, and recharged anytime we want. The project covers the basics principles of creating such a car, with a minimalistic approach on materials, and explains the code in details. Moreover, provided instructions can be also used in different projects, so let's start!

As a hobbyist, I didn't have many tools like soldering iron etc. So I have tried to make use of some old electronic things such as USB cable or power bank, that most of you may have somewhere at home. You may follow all of my instructions, but feel free to change some parts and be creative. Below, the list of the materials can be found:

First of all, we will need to assembly the chassis of our car. If you have a kit, most probably you also got the instructions with it, but just in case the steps can be found below: 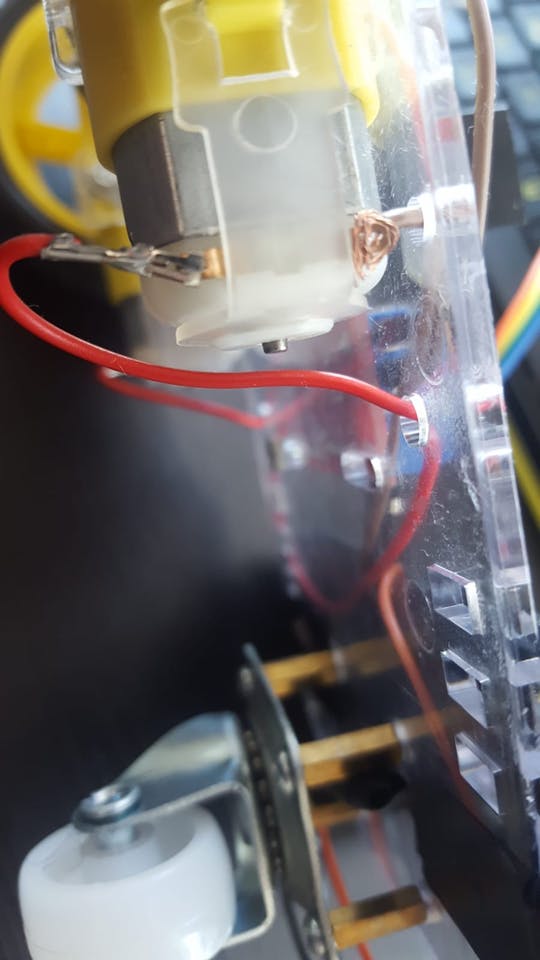 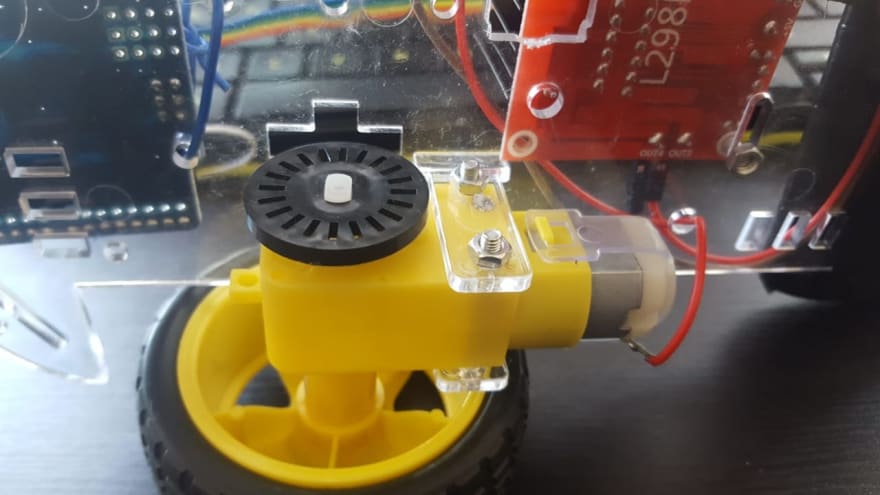 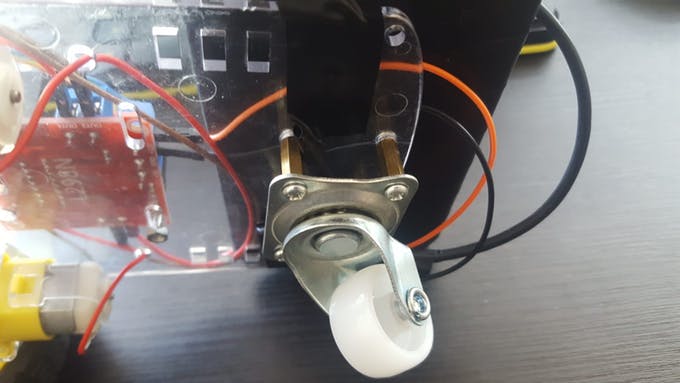 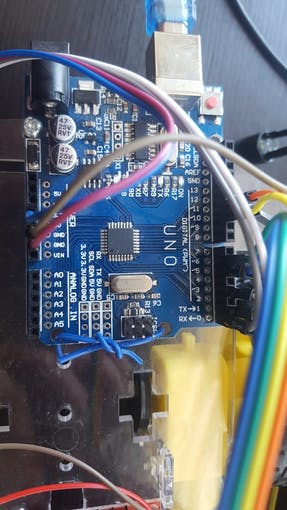 Once we have our car assembled with both Arduino and DC motor controller onboard, it is time for wiring. Prepare the jumper wires, both male - male and female - male. 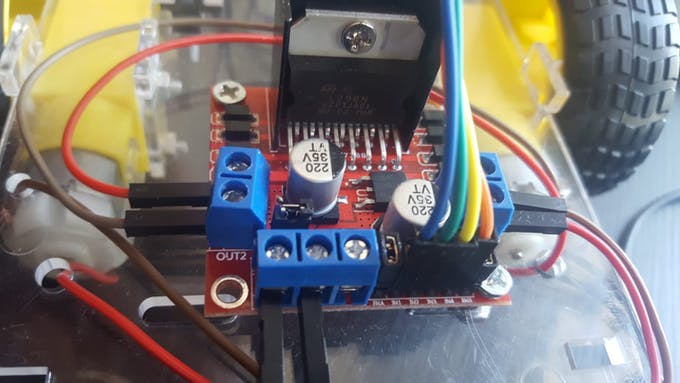 As you can see, data will be exchanged between Arduino and our Bluetooth module, that is why data cables are connected in the opposite way. 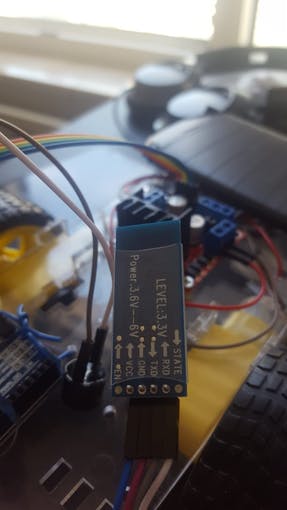 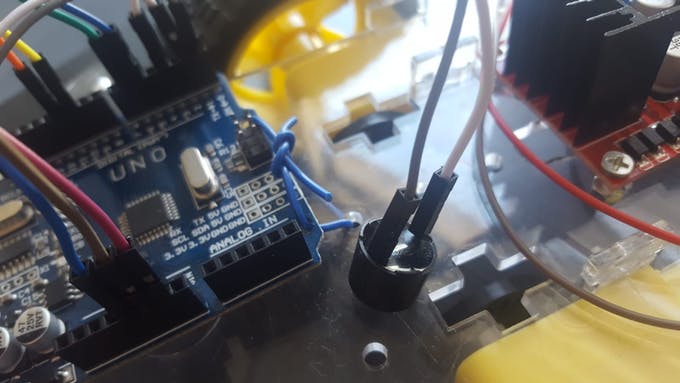 Now that we have our RC car ready, the last part is to upload the code to the Arduino board and download the application on an Android mobile phone. For this step, you will need the Arduino IDE program on your computer, which can be downloaded from the Arduino official website. Once you have it installed, there are two options that need to be set. Open the Arduino IDE program and you will see a few options on the upper bar, pick "Tools" and then you should see the list, find the option called "Board:" and pick your Arduino board from the list (most of the time it is Arduino UNO). Later, right under the "Board:" option, click on the "Port" option, if there are no USB devices connected to your PC, it may be greyed out/disabled, once you connect your Arduino board with a USB cable this option should become available, you may have to choose one port, for example in my case it is PORT 5. Even though I have 3 USB ports on my laptop, just one of them works as a PORT. You can try with different USB sockets on your computer till it works. 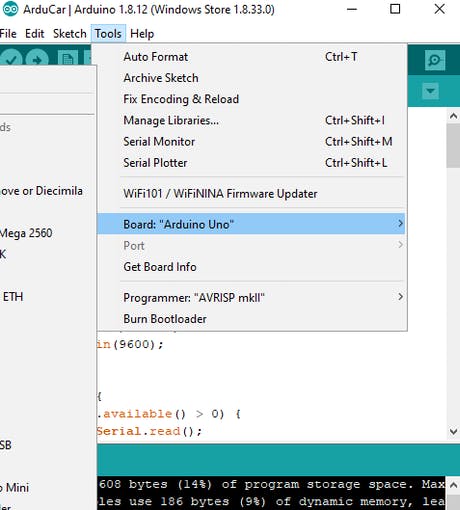 Before we move on to uploading the code to Arduino, you have two options:

Note: While uploading the code to Arduino, DIGITAL 0 RX, DIGITAL 1 TX sockets should be unplugged, when those sockets are connected to the Bluetooth module, Arduino may not accept the incoming data from your PC and the program may freeze at "uploading" state.

Below you can find the code with explanations.

4.The last step to make your RC car work, is to download the Android application from Google Play Store, and start having fun!

You may also download different applications, as long as they send the matching serial codes, or even create your own mobile application. 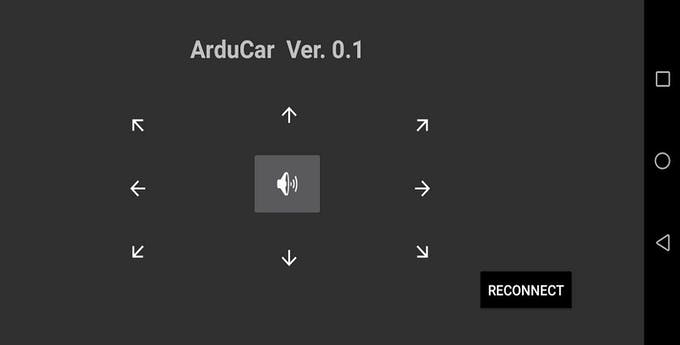 Thank you for your attention, and wish you have a lot of fun with it. In case of any questions or suggestions, please let me know about it down below in the comments section.

For the curious ones, I have decided to add an Arduino code explanation, so it may help some of you understand the mechanics and logic behind this RC car even better. I also want to add that it is not entirely my code, it is very similar to the codes that are available in different projects, I just simplified some parts and added the chunks for the Piezo buzzer sound.

Arduino IDE program uses a kind of a simplified hybrid version of C and C++ programming languages, so it can remind you of those programming languages if you are familiar with them, but if not it is also OK. The code will be divided into a few chunks to help you understand it better.

Each Arduino program is composed of two basic parts:

Serial.begin(9600); Serial is the port that can be used for sending and receiving the data, do you remember those DIGITAL 0 RX and DIGITAL 1 TX pins that we were connecting the Bluetooth module to? It is about their setting. It means that we will open a channel through which data will be exchanged. The number inside the brackets (9600) means that in one second up to 9600 characters can be sent. It is the most frequently used baud rate, as it is the most stable one, the higher the number is, the faster it is, but also more prone to being disturbed by the noise it is. That is why just leave it at 9600. Note: Bluetooth modules are generally set to baud rate 9600 by default, but sometimes you may have to configure it before - check the Bluetooth configuration section.

#define in1 5 When you want to define a name for some pin on the Arduino board you can use #define word, and then write the name after space. In our case, it's in1, as it is the name of the DC motor controller pin that we are going to control. The next space is followed by the number of the given pin. In this case, it is 5 as the in1 pin is connected to the socket number 5 on the Arduino board.#define in2 6

void loop() {if (Serial.available() > 0) { First statement in the loop starts with if, inside the brackets we can see a condition, it says Serial.available() > 0) - simply it means, if Serial, in our case Bluetooth module, is available, greater than 0, remember the binary code 1 - true, 0 - false, do the following { } - everything in those curly braces will be executed.

state = Serial.read(); Remember that state variable at the beginning of the code? This is the time when we assign the value to that variable ( = ) so our state variable now is equal to Serial.read(), which means that the variable will change according to what is read from the Bluetooth module.

Stop(); Those two brackets () after a name indicates that it is a function, and it has to be explained somewhere in the code. The same with this one, the first function to be executed in this code is the function named Stop, which will just literary cut off the power from the wheels and make our RC car stop.

switch (state) Right after the Stop function, we have another one, this time it is the global function, that exist in nearly every programming language, and it is called switch - what literary means that there will be few functions inside, and we will just switch between them. This time you can see that inside the brackets () we have a condition, and the condition is a variable called state, which value was assigned to everything that is received from the Bluetooth module.

case 'F': As you can see, each possible function inside the switch, will be marked as "case" and in the single quotations we can see the possible value of the state variable. In this case, if the state equals 'F' - such a character is sent to the Bluetooth module via the mobile application, some functions will be executed.

forward(); The first function to be executed

break; break means to stop executing this case, you always have to finish each case with break; statement.

void forward() Again, in order to call a function firstly void should be written, and after a space, name of the function should be written, for example forward(). Inside the curly brackets we can see the explanation of the function.analogWrite(in1, 255); analogWrite means that we are sending a signal, in case we were receiving, it should be written as analogRead. Inside the brackets there are two values (in1 - the name of the pin that we are referring to, and 255 - the value of the electrical wave frequency, that can range from 0 to 255 - 0 means 0%, and 255 means 100%. It can be also written as LOW - 0, HIGH - 255. As you can see, this is the place where you can change the speed of each electric motor.

analogWrite(in3, 255); In this way, we can say that by changing pins in1, 2, 3, 4, and values, we can control the side from which the electricity will enter the motors, what will be the voltage, and as a result the speed and direction.

void soundFX(float amplitude, float period) This is the part that I have found on Arduino official forums, on the topic of SciFi sounds for the Piezo buzzer. You can find this code in the last post, for further explanations you can go to the link below.

At the last, but not least, there is one more important thing to mention. HC-05 and HC-06 Bluetooth modules generally come up with default settings, such as baud rate, name, password etc. But if you would like to configure your Bluetooth module, you can use Arduino IDE program for this purpose. However, you may need to change the pins that Bluetooth module is connected to, and change Arduino code for the configuration time. Moreover, it is recommended to use resistors, in order to protect the Bluetooth module, as the data pins work at 3.3V, while the default output voltage of Arduino is 5V. Please keep all of those things in mind, I won't go throughout the whole process here, but there are plenty of tutorials available, just simply google it. If there are any suggestions, or questions please let me know in the comments' section below.

Thank you for your attention once again, and don't forget to share your own projects below!

5 Icons Resource For Your Web Projects