Go, which is also known as Golang, is a compiled language, fast and high-performance language intended to be simple and is designed to be easy to read and understand. Go was created at Google by Rob Pike, Robert Griesemer, and Ken Thompson, and it first appeared in Nov 2009.
The syntax of Golang is designed to be highly clean and accessible.

Go was invented in 2007 at such a time when multicore CPU architectures were common everywhere, and no programming language simplified the development of multithreaded applications. The responsibility of managing different threads safely and efficiently was a huge responsibility on developers. Go is different from other languages; it is young yet so powerful.
Goroutines revolutionized competitive programming on the other level. 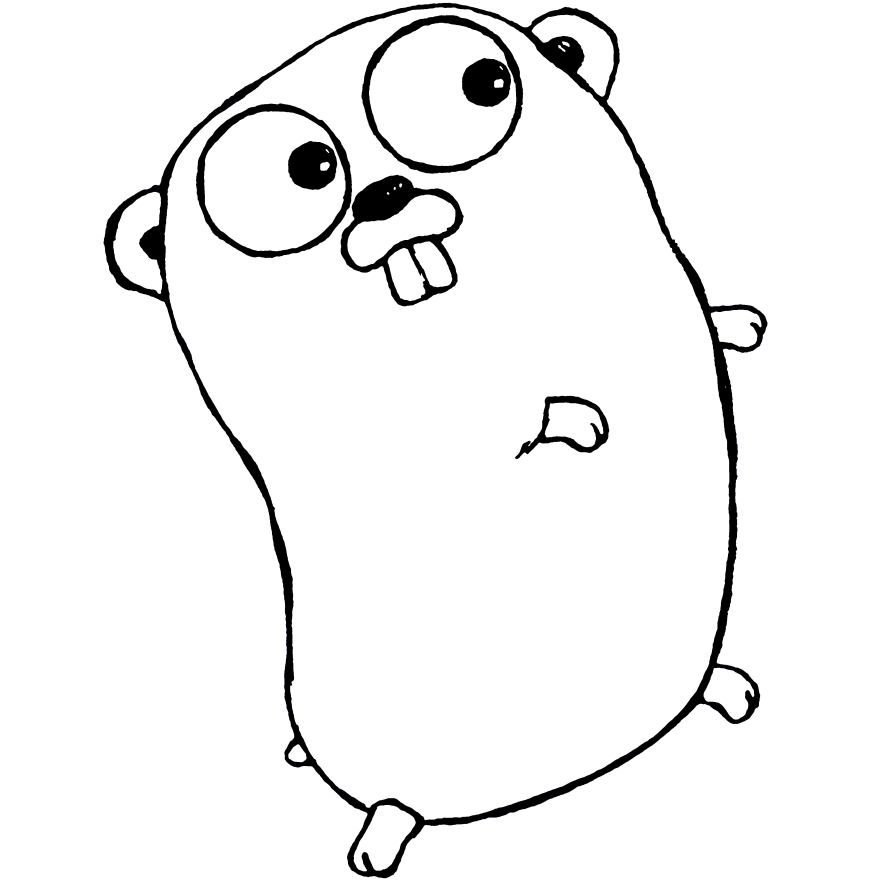 It is tested and proved that applications that are written on Go are highly performant and scalable. Golang is a very efficient language, just like C/C++, handling parallelisms like Java, and has easy code readability like Python and pearl. Golang has indisputable architectural advantages over its predecessors.

Go is used by some of the big brands such as BBC, Uber, Novartis, Basecamp, and Soundcloud. Uber has reported better throughput, high performance, latency, and uptime. BBC, the house name in broadcasting the world news, uses it for backend, including crawlers and web scrapers. The build and deployment system of Soundcloud is in Go.

Below is the Google trends overview of the Go programming language. It is up and growing steadily. 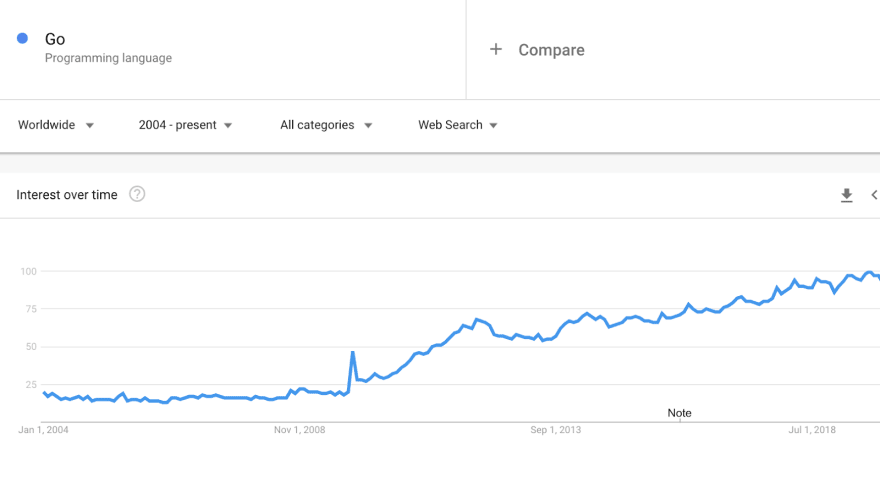 It is effortless to learn for programmers with C++ experience, and also converting legacy code to Go is pretty straightforward and fairly simple. Being a compiled, statically typed language, it’s much faster than interpreted options and also offers most of the performance benefits. 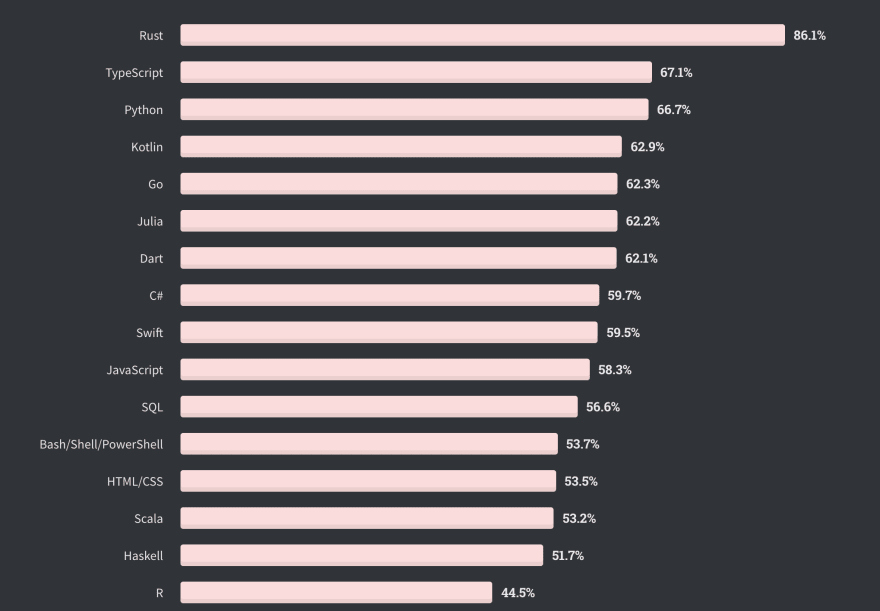 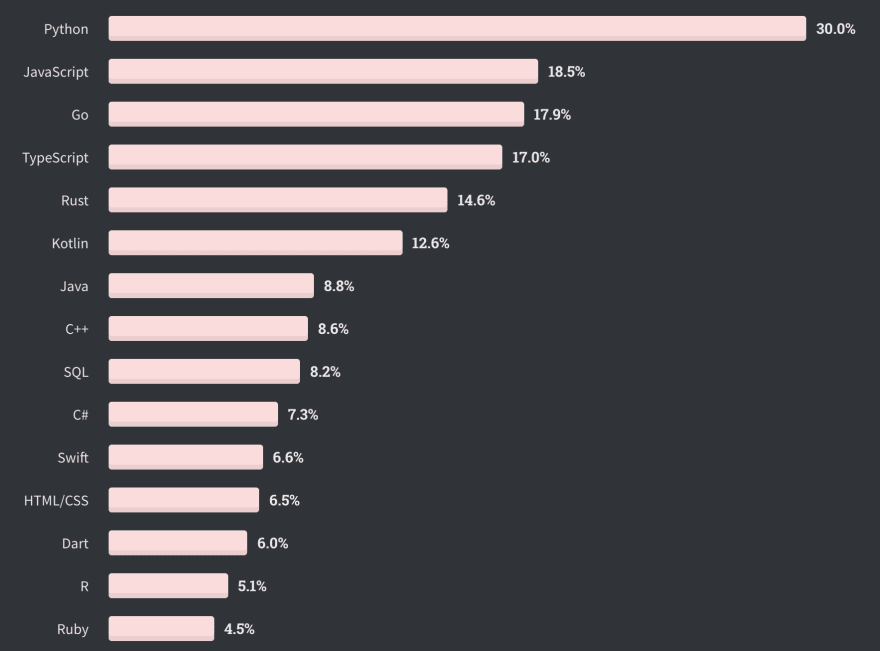 Reasons why Go is so popular

SendGrid, a customer communication platform, decided to move to Go as its primary development language long back in 2014. The SendGrid team needed to make a fundamental shift in their development language, and it boiled down to a competition between Scala, Java, and Go.

The biggest challenge that SendGrid faced in development then was concurrent programming. Having the idea of concurrent asynchronous programming as part of the language was one of the most compelling reasons why Go was chosen at SendGrid.
read the full story at their own blog 'How to convince your company to go with Golang'

Hexac switched from Python to Go

Tigran Bayburtsyan, the Co-Founder and CTO at Hexac, writes an exclusive article where he shares why his company moved from Python to Go. Based on their code base statistics, after rewriting all their projects in Go, they got 64% less code than they had earlier.
They saved a lot of resources (Memory, CPU) because of the built-in language features of Go.

Go gave their development team huge flexibility, single language for all use cases, and for all of them, it worked very well. At Hexact Inc, they got about 30% more performance on their backend and API services. Now they can handle logging real-time, transfer it to database and make streaming with Websocket from single or multiple services. This is an outstanding outcome from using Go language features.

Containerum chose Go over others

Containerum, a container management platform been using Go as their primary language for about four years now, and despite certain challenges, the engineering team thinks it is a good choice. The main reason to choose Go at Containerum Platform is because it consists of a group of smaller services which communicate with other components of the system. To ensure this, it is highly necessary to secure interface compatibility and write code that is too simple, easy to read, and maintain.
Go enables adding patches and allows using ready components in the code base, e.g., image names parsing validation, key object models, etc. and this is one of the reasons Containerum chose Go.
Containerum considered Go over other languages because of its many Pro features/facts such as static typing, minimalism, standard library, fantastic performance, super-fast compilation, and much more.

Read the full story here, 'Why we use Go to develop Containerum platform for Kubernetes.'

The giant company Google considered writing Kubernetes in other languages, including but according to Joe Beda, co-founder of Kubernetes, none of these languages were as effective as Go. There were many reasons why Kubernetes is written in Go. Some of them include - great libraries, fast tools, built-in concurrency, garbage collection, type safety, etc. According to Joe, the patterns and tools in Go have encouraged the Kubernetes team to make well-factored and reusable code that will give them both a high degree of flexibility and velocity at the same time.

Docker has been the biggest user of Go. The team at Docker liked Go because it offered them many benefits: static compilation with no dependencies, neutral language, a full development environment, extensive strong standard library, and data types, strong duck typing, and the ability to build for multiple architectures with minimal nuisance.

Istio, part of the Kubernetes ecosystem, is also written in Go.
Since Kubernetes was also written in Go, it was a perfect approach for Istio to write in Go. That is not just one reason, among many, Go’s suitability for decentralized, distributed networking projects was one of the main reasons to choose Go at Istio.
See more at ‘10 open-source projects proving the power of Google Go’

If you’re programming your applications in GoLang, how hard is it to practice CI/CD? Pretty hard, isn't it?

Well, not now. With the latest innovations in Go, like Go Center GOPROXY, the path to quality CI/CD is much clearer. GoCenter is a central public collection for immutable Go modules. It allows you to search for modules and versions, also you can easily add your own modules to it to be shared publicly.

What Is a Software Engineer Career Progression