The DevOps movement has taken the software development industry by storm. With the DevOps approach, organizations can more quickly and efficiently respond to market opportunities by accelerating software deployment, streamlining operations and increasing collaboration between software developers and operations people. With that in mind, continuous integration (CI) and continuous delivery (CD) are regarded as the two key components of DevOps practice. These practices have existed for some time but have become even more critical now that we live in a world where software is really eating the world.

From a broad perspective, these two (CI/CD) are crucial to deploying software to production, but there goes more between these two long processes. Today, we will see some notable steps in the CI/CD pipeline and try to understand them properly.

CI is the process of automating the integration of code changes into a shared codebase, focusing on finding and fixing potential issues early on in the development phase. It can be achieved by integrating the code base automatically after each commit and triggering a set of tests. The outcome of the process is either a green build if the code is error-free or a red status if there’s an issue with the code, together with information on what went wrong. Integration usually refers to the process of combining parts of code (e.g. functions, modules) that have been created separately by different people/teams and are not yet fully integrated. This happens when a team is finished with a piece of work and moves it to the next stage of the process so that other teams can work with it.

What is Continuous Delivery?

CD is the process of automating the movement of code from a shared codebase through a testing environment to get to a production-like environment and, finally, to a live environment. The goal is to reduce the risk of human errors and increase the release process's predictability. It’s important to mention that CD is not just the final stage of the CI process. Instead, it’s a combination of all three major stages of the pipeline.

Typical Stages of the CI/CD Pipeline 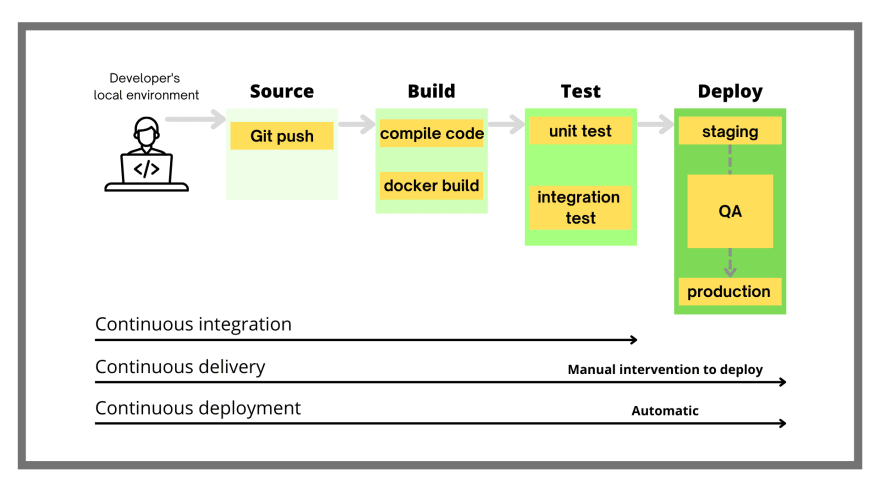 The source stage is where the organization maintains its source code in a centralized repository system. You can call it a version control system like GitHub, Bitbucket, GitLab or AWS CodeCommit. This stage and tools are essential to help developers coordinate and track who is doing what. This stage also acts as a collaboration booster as different development teams check in their code, do code reviews, and approve the code for further steps. Automation of version control can be done via IDEs like visual code.

Test and Build is the stage after developers push their code to a version control system. When a developer pushes the code to the organisation's version control system, it triggers the continuous integration system/tool (something like Drone CI). Then the code goes through tests prescribed by the developer. Then finally, the compilation and building steps get completed.

Finally, the deploy stage is where the code is ready to be deployed to a QA, pre-production or production environment per the organisation's plan. Deploying of the software can be automated through continuous deployment. This is the stage where the organisations prefer the deployment strategies such as the canary, rolling, blue/green, etc. 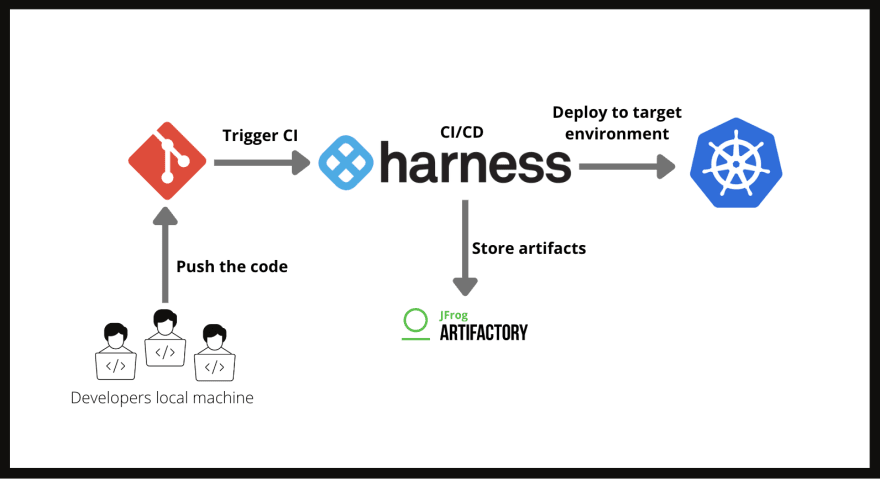 With the Harness software delivery platform, automating your CI/CD pipelines can be very easy. Setting up CI/CD can be a daunting task for many organozations but Harness helps tackle these most complex CI/CD challenges, such as onboarding new developers, new technologies, validating/promoting your deployments, and actions in failure scenarios. All the orchestration needed in the form of tests, approvals, and validation can be easily connected in the Harness platform. Automate the build, test, and packaging of code to artifacts with Harness Continuous Integration, and build deployment pipelines in minutes while safely deploying artifacts to production with Harness Continuous Delivery.

Let us take a look at how CI/CD works with Harness taking an example of a MERN Stack application. 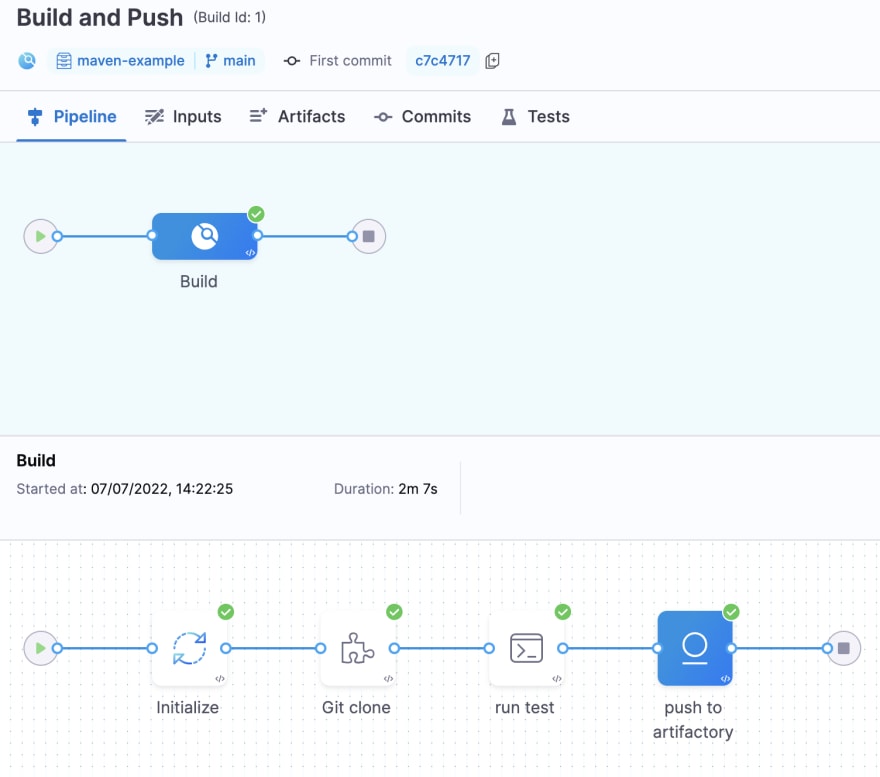 The CI phase involves the initialization, cloning of the code and running the specified tests. 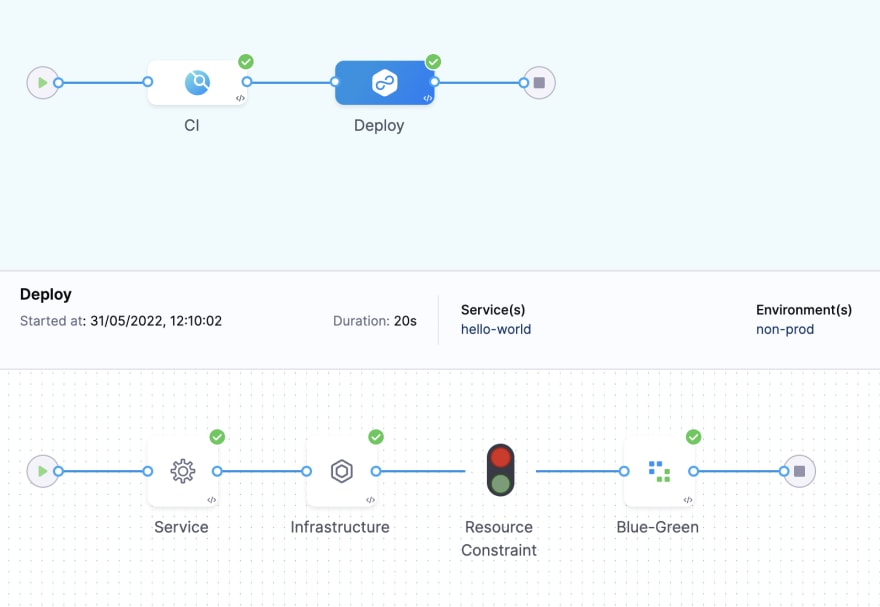 CD involves specifying the service, setting up the infrastructure, passing the resource constraint and finally deploying the code with the preferred strategy. Make use of the MERN Stack application example created by the Harness community team and try using both CI and CD modules to do continuous integration and deployment of the application. The code for the MERN Stack application is in the harness-apps/MERN-Stack-Example repository, the Kubernetes configuration is in the harness-apps/MERN-Stack-Example-DevOps repository.

Infrastructure as Code: The benefits and the tools

A beginner’s guide to go_router in Flutter