This release provides a stable architecture for teams to build on and a baseline set of components to use. We have more components to build that will be coming in future. Check out what we have so far and give us feedback on our documentation site https://react.fluentui.dev/. And, let us know what components you're looking for on GitHub https://github.com/microsoft/fluentui.

Now, let's take a look at some of the top-level library features.

Griffel is a CSS-in-JS with near-zero runtime, SSR support and styles defined with JavaScript objects.

When building the components for Fluent UI React v9, DOM node depth was taken into consideration as primitive components are often used in more complex UX. For example, the v9 Avatar component when compared to the v8 Persona and PersonaCoin components has 50% fewer DOM elements to represent the same output. These extra nodes add up as you use them in more complex and repeated scenarios like virtualized lists where every millisecond counts. 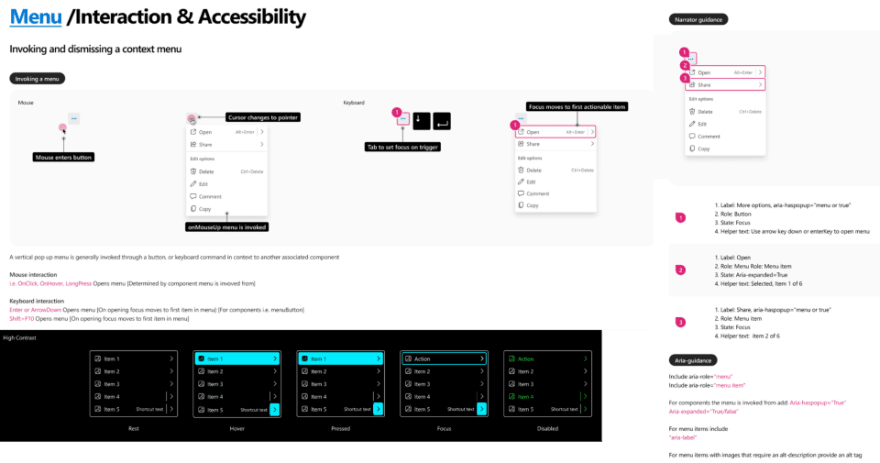 When designing and building the components for Fluent UI React v9, accessibility was also taken into consideration from the start. Here are the ways the product is built to meet WCAG 2.1 specifications today:

And here are some new A11y improvements specific in v9:

Fluent UI React v9 internal parts of a component are called "slots." Think of the icon in a button.

Each component slot is exposed as a top-level prop of the same name. A button has an "icon" prop for working with the icon slot. All anatomies specified in Fluent UI's design and engineering specs are available as slots.

Fluent UI's component design allows full control over every slot in every component through the slot API. This allows you to customize by:

Check out this deep dive on slots in this previous post: 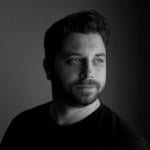 The core design team has been working with the design community to provide Fluent based components that are designed to meet the needs of M365 products out of the box without the need for many style overrides. This becomes especially helpful when we share and integrate products within each other.

By leveraging these tokens, it's possible to provide a default web and Teams branded themes for:

Check out this quick start post on branding light and dark modes:

As you can see, Fluent UI React v9 is a new UI library that has substantial improvements over v8 and v0 in the areas of performance, accessibility, customization, and design to ode. These improvements couldn't have been accomplished in a simple backwards compatible manner, so migration from v0 or v8 to v9 will take some effort.

The good news is that we're here to help you with your upgrade, check out the Upgrading section of our documentation site for tips on getting started.

Also, you can find component specific migration documentation within our GitHub repository that's co-located to the source code. So, if you're looking for Avatar specific guidance, you can find it here: https://github.com/microsoft/fluentui/blob/master/packages/react-components/react-avatar/MIGRATION.md

We'd love to hear from you!

If you're reading the bottom of this post, thank you! Our team is very proud of the work put into this release and we want to hear your feedback.

If you have any questions, don't hesitate to reach out on:

Once suspended, paulgildea will not be able to comment or publish posts until their suspension is removed.

Once unsuspended, paulgildea will be able to comment and publish posts again.

Once unpublished, all posts by paulgildea will become hidden and only accessible to themselves.

If paulgildea is not suspended, they can still re-publish their posts from their dashboard.

Once unpublished, this post will become invisible to the public and only accessible to Paul Gildea.

Thanks for keeping DEV Community 👩‍💻👨‍💻 safe. Here is what you can do to flag paulgildea:

Unflagging paulgildea will restore default visibility to their posts.