In this hands-on guide, I will show you how ridiculously easy it can be to set up a react front-end container and an express back-end container in Nomad and get them to speak with each other as two microservices.

Our orchestration will be composed of 1 group where the 2 containers (front-end and back-end microservices) will live. For simplicity, we will run a single Nomad agent in development mode (development mode is explained below do not panic!!!) and statically map all required ports.

A second guide will be coming soon where I go more in-depth and explain how you can scale your application and let Nomad take care of the port forwarding by itself. Right now I just want you to get an easy grip on Nomad and discover by yourself that it is not as complicated as you think.

we went through some changes in how we orchestrate and schedule workloads. Previously, we were using Jenkins and the team was unhappy with its high maintenance, flaky plugins, and inefficient machine usage. So… One day we had a meeting where new technologies are discussed like Docker Swarm and Kubernetes that was when our Senior Tech Lead dropped a bomb on me and brought this idea:

Guys, why not Nomad? It takes the Unix approach of doing one thing and doing it really well, and won’t force a huge change on our infrastructure like Kubernetes would. It’s also made by HashiCorp (who we love).

I was completely terrified when I heard this I said to myself:

WTF is Nomad?! If I stay quiet they will not notice that I have absolutely no idea of what they are talking about.

That same afternoon I googled for Nomad documentation and I got even more terrified. They do have a lot of documentation but very few examples, as a very visual guy I struggled in those cases.

So… I started to break it up into small pieces by finishing Hashicorp’s Nomad tutorial amongst other videos which I will share at the end of this guide. While trying to implement basic orchestrations by myself I slowly started to progress and become confident enough to try more and more ambitious orchestrations, until I got where I am now.

So I decided to help all of you guys who are struggling like I did and give you actual visual examples with multiple basic microservices talking to each other. I hope you enjoy 😃. If I can help one of you it will already be worth it. 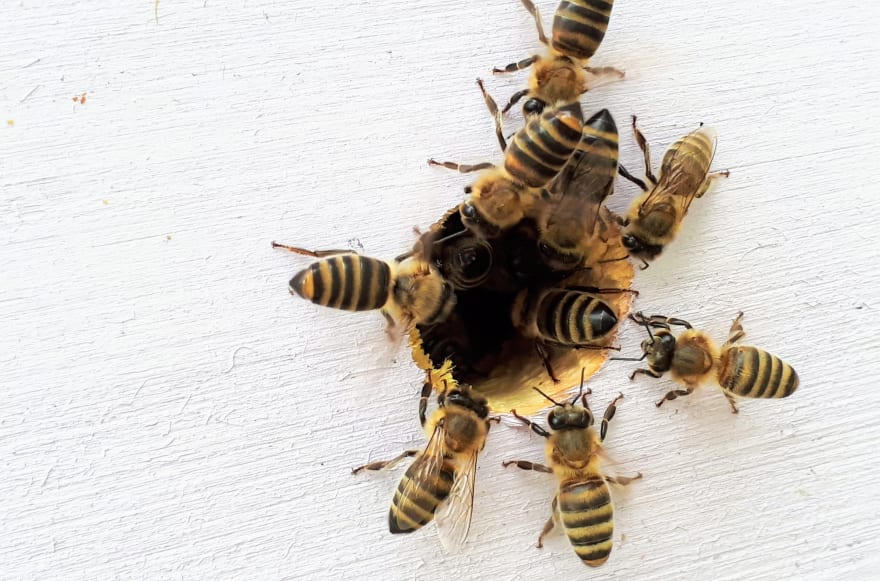 What the hell is Nomad anyway?

A simple and flexible workload orchestrator to deploy and manage containers and non-containerized applications across on-prem and clouds at scale.

Nomad is a scheduler similar to something like ECS, Kubernetes, Swarm, etc. Your scheduler is going to take information like “I want N copies of image X running” and take care of running and maintaining the availability of these containers on a cluster of different hosts.

Say you have version A of your app running and you want to deploy version B. If you want to maintain up time you will need either some form of Blue/Green or rolling deployment. Your scheduler defines and executes these types of tasks.

Think of it as a lightweight version of Kubernetes and also much easier to learn.

I will try to simplify as much as I can but I strongly advise you to still read this nonetheless https://nomadproject.io/docs/internals/architecture/.

Nomad is composed of two agents: Server and Client.

IMPORTANT NOTE: We will be running Nomad in development mode as you will see below, this means that our agent will run as both server and client, data will not be persisted which implicates that every time you close Nomad all the data will be gone.

Within each region, we have both clients and servers. Servers are responsible for accepting jobs from users, managing clients, and computing task placements. Each region may have clients from multiple datacenters, allowing a small number of servers to handle very large clusters.

In some cases, for either availability or scalability, you may need to run multiple regions. Nomad supports federating multiple regions together into a single cluster. At a high level, this setup looks like this:

Now we will containerize our front-end and back-end.

For the sake of simplicity, I chose to fork a super simple project made by João Henrique. To check the forked version click here.

It is also documented, if you have time please check out the article he made explaining the project: 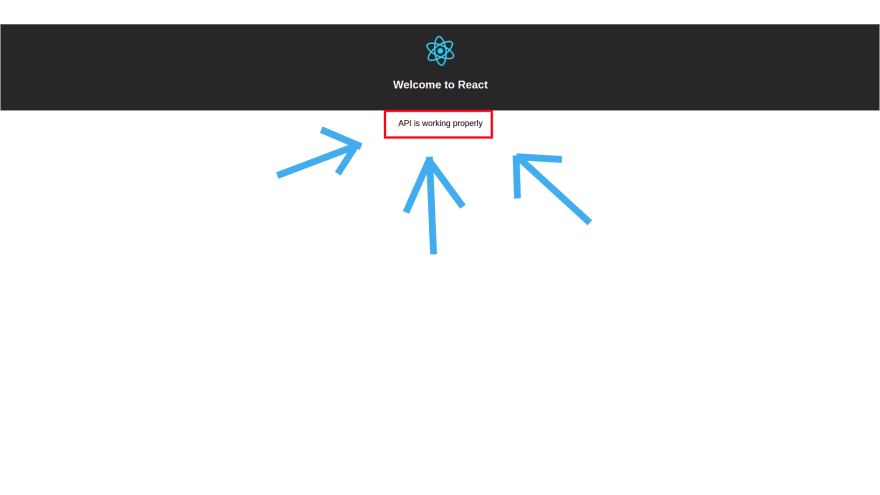 I created two docker images to run each of the microservices:

For more info on how to run a node application in Docker check this guide, it helped me a lot.

We are going to run in development mode as I warned you before.

You should see something like this in your terminal: 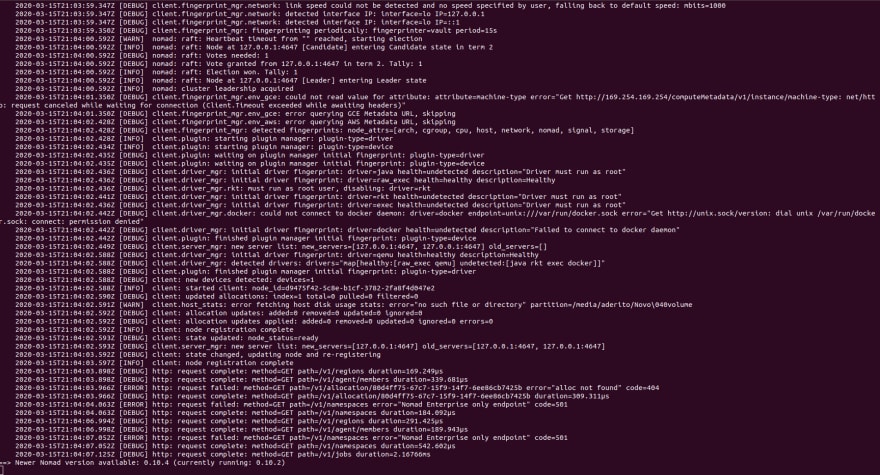 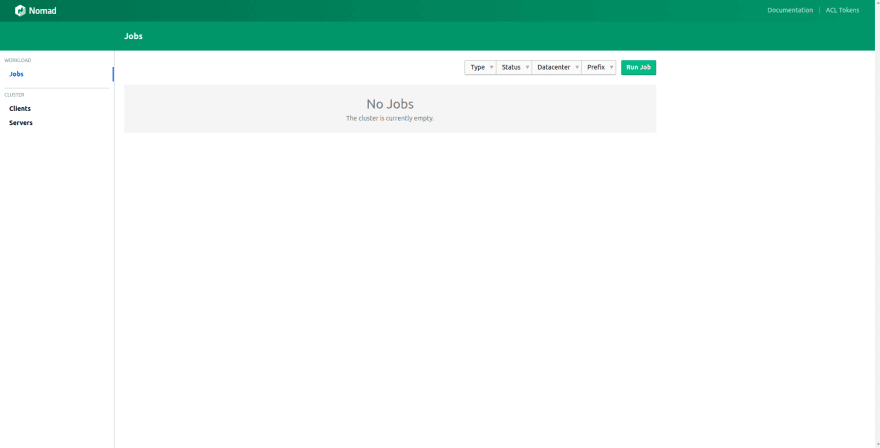 As obvious as it is in the image above, we added no Jobs yet. To add a Job press on Run Job . 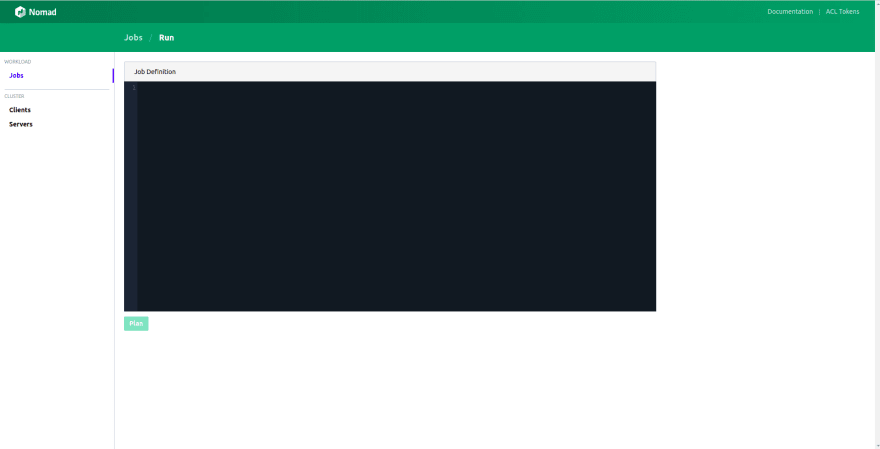 In the Job Definition text area is where we will set all our Job Specifications.

Keep in mind that Job Specifications can also be added through the terminal, but as I iterated before, we are keeping it simple, stupid.

The Job Specifications follow the HCL (HashiCorp Configuration Language) format, it is a configuration language built by HashiCorp. Think of it as a JSON format with a few added abstractions.

Link for the gist here

Let us go through each field:

service job is made for long-lived services that should never go down, Service jobs are made to run until explicitly stopped by the operator. Example: Running a website.

batchjob is made for short-lived operations which can last from a couple of minutes to a few days. Batch schedulers are very similar to Service schedulers but with a few optimizations, for the batch workload. Batch jobs are intended to run until the job is successful, if the Batch task exits with an error it will be handled according to the job’s restart and reschedule stanzas. Example: A web crawler (you probably just want it to run until you got the data you wanted).

system job is made for registering jobs that should be run on every client, that has job constraints. The system job is also used when clients join the cluster or transition into the ready state.

Note: If you worked with Kubernetes before, you can think of a Group the same way as you do with Pod.

Warning: Do not try to amplify the count in this project for more than 1, because the ports are statically set(as told in the Introduction), which will create an overlap and trigger an error for port already in use.

WARNING: I am not going to specify the task for our backend given the outstanding similarities with our frontend task. 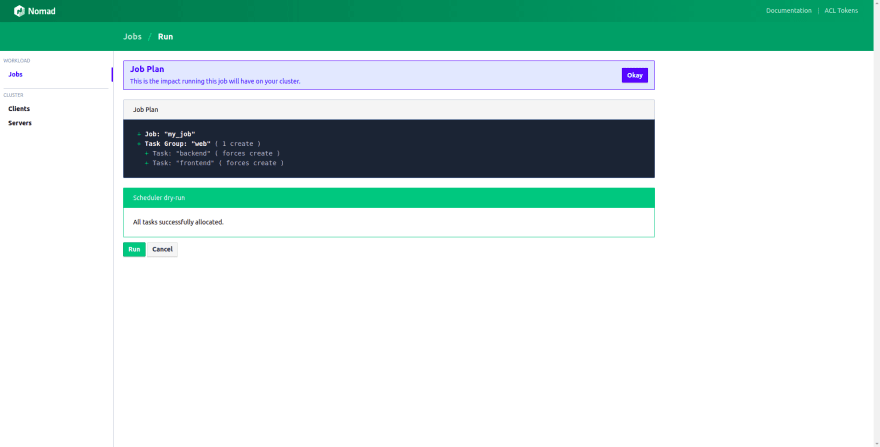 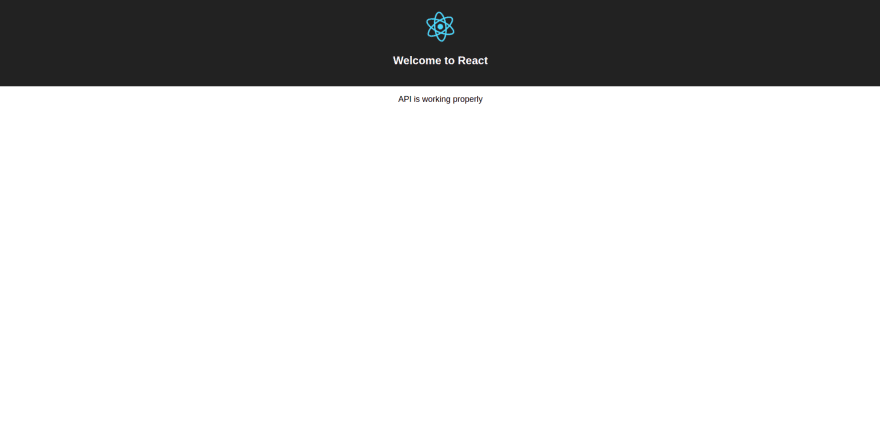 I will not go much further, for now, I want you to explore Nomad’s UI and get acquainted with it.

Sources that helped me in my struggle:

From Zero to WOW! with Nomad https://www.youtube.com/watch?v=xl58mjMJjrg — This one helped me the most

Deleting all S3 buckets in a single CLI command