In this post, I’ll share how I used Parabeac to create my portfolio website by converting my Figma design file to Flutter code and deploying the project using GitHub Pages.

When working on a product, it’s easy to get lost in the myriad of features, bugs, and refactors to implement. Getting tunnel vision means you lose sight of what is useful to the user and what is not. Because of this, I decided to put myself in our users’ shoes and try to build my portfolio website using Parabeac.

I created a new Figma Project and decided to start with the Landing Page. I knew my website was going to have a minimalist, terminal style with dark colors accentuated by bright greens. Then, I re-watched The Matrix to inspire my design (and because I love the movie). Finally, after looking at a few websites, I started designing and (tried 😅) using Figma best practices to design the page: 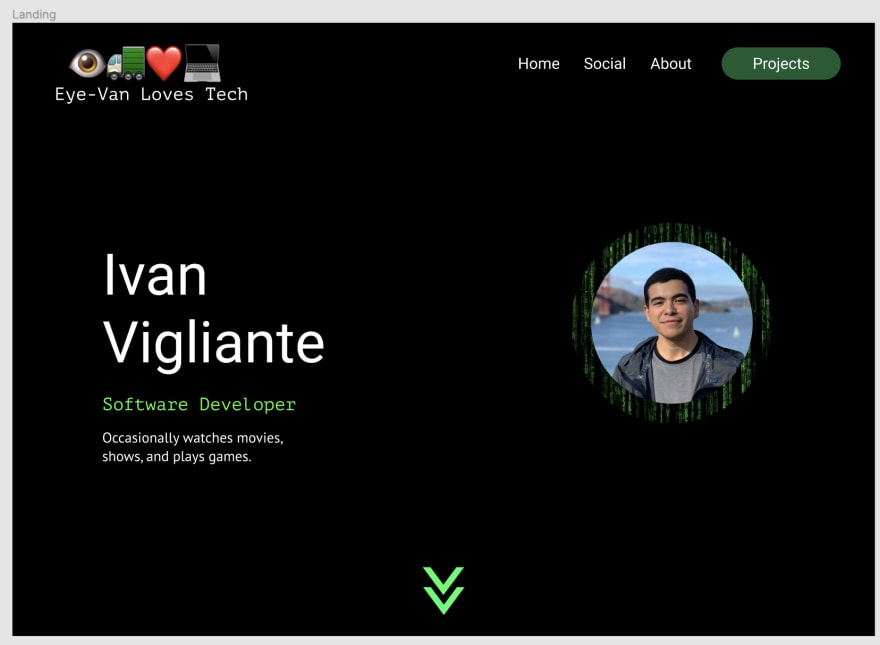 Although the design was to my liking, I did not want the UI to be static. Rather, I wanted the green text that says Software Developer to change to some hobbies: Movie Enthusiast, and Gamer 😎. The logic of animating and changing text cannot be generated by Parabeac, so I labeled the text with <custom> in Figma as follows:

By doing this, Parabeac will create a file where I can add logic and change the text dynamically once the code is generated.

Once my Figma file was ready to generate, I went to Github, created a new repo, and initialized it with a main branch. Then, I went to app.parabeac.com to start my new project. I followed the prompts, crossed my fingers, and began the conversion. After a few minutes, I got the success message: 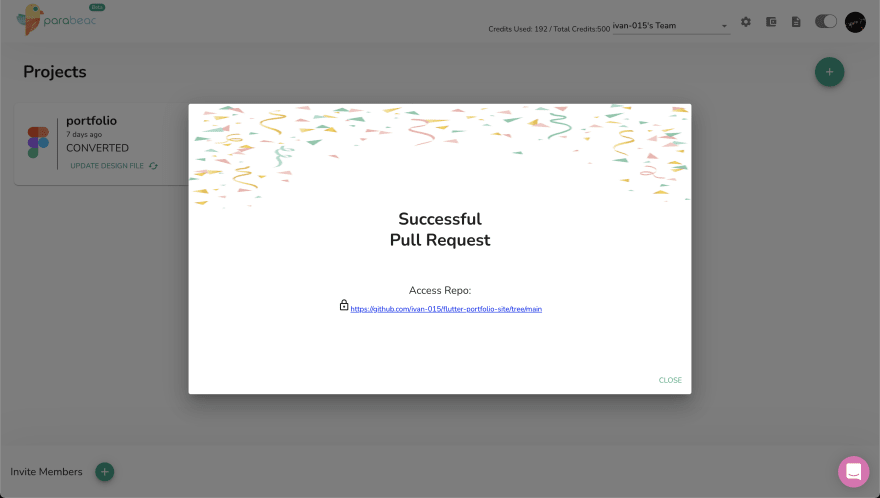 After I saw this success message, I immediately cloned the Git Repo, checked out the generated branch, and opened it in VSCode: 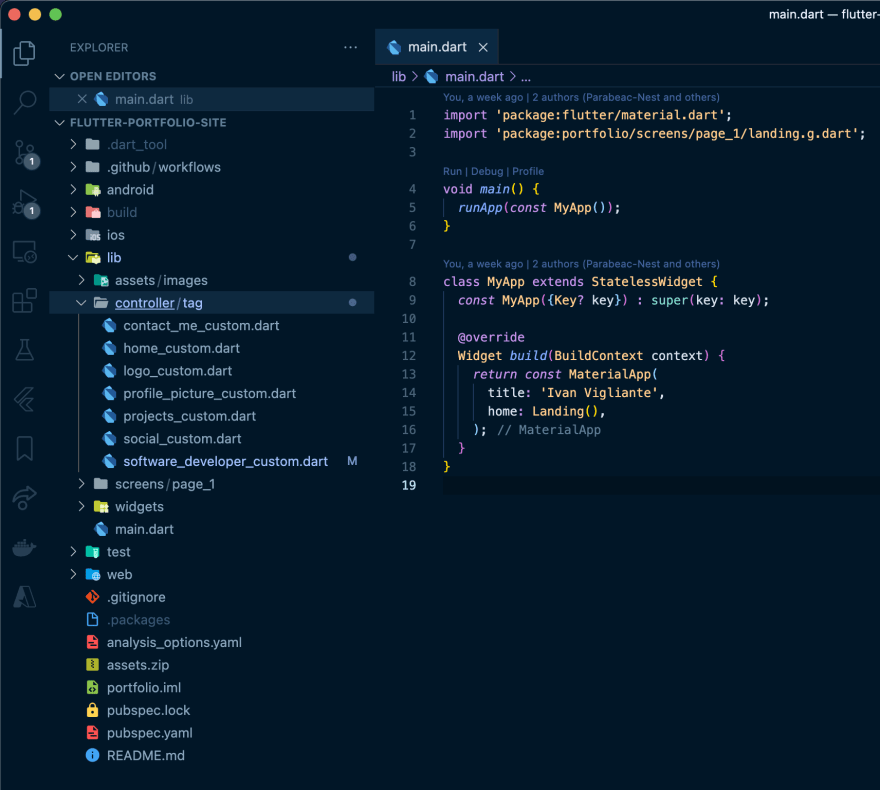 I modified the main.dart file to open the Landing page (as seen above), and ran it with the following result: 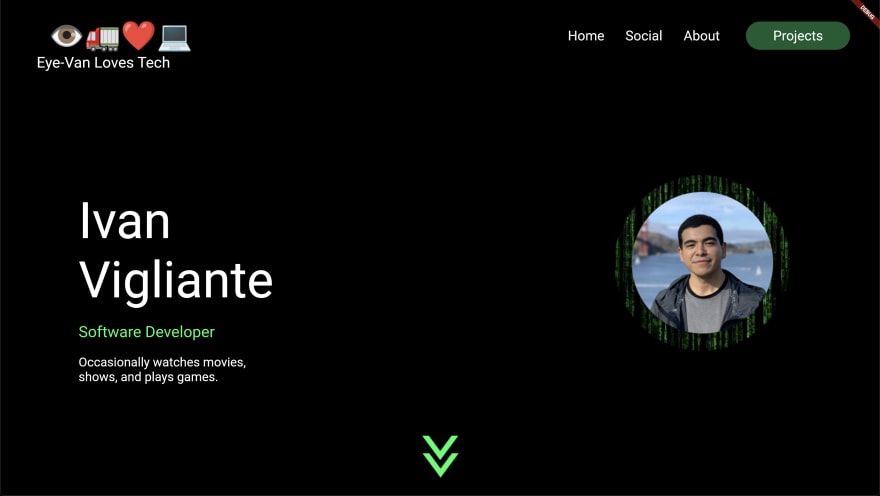 Not bad! Next, let’s make the text dynamic.

The first thing I do when I want to add some logic to my Flutter UI code is look it up on YouTube and hope there’s a Widget of the Week video on it. I searched “flutter animated text”, crossed my fingers once again, and hit the jackpot. This was the first video in the search:

After reading the docs, I decided this was exactly what I wanted, so I went to my terminal and ran flutter pub add animated_text_kit on my project. Then, I went to the file software_developer_custom.dart, named after the text element in Figma, which had this boilerplate: 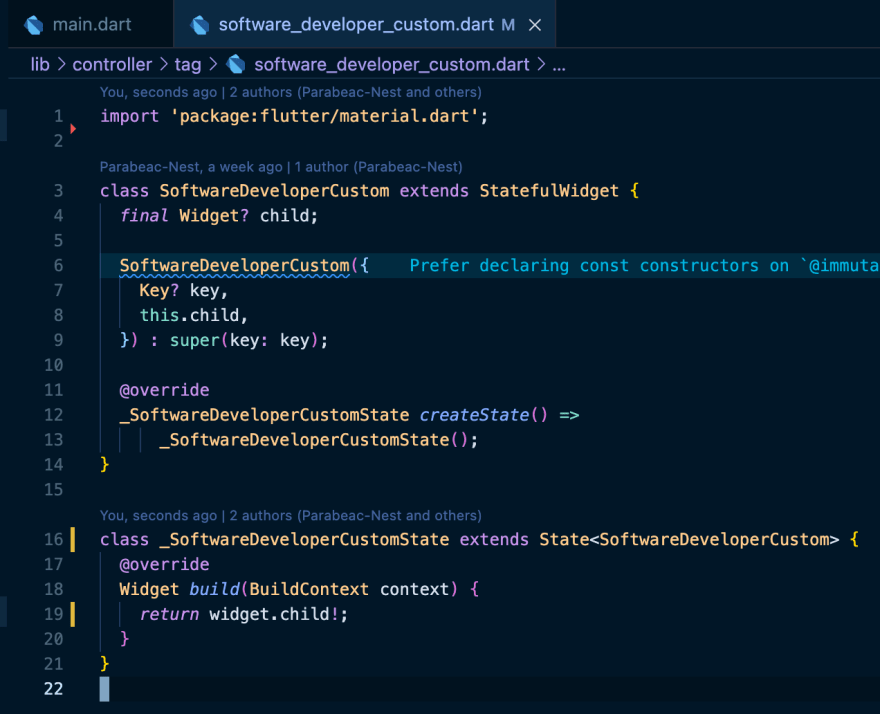 Rather than returning widget.child, which is the static text that displays Software Developer, I want to use the package I just installed to make the text dynamic. I replaced the build method as follows: 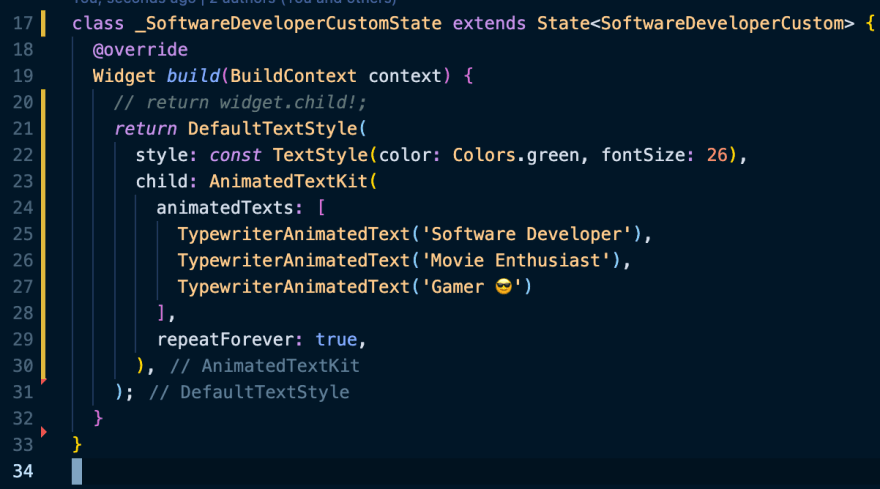 As you can see, I added the AnimatedTextKit widget, which will animate the texts I provided in a loop. Here’s the final result:

And there it is! My landing page is mostly ready. There are still some easter eggs I want to implement, but I first need to design the rest of the website.

DISCLAIMER: no .g.dart files were modified during the making of this article.

You can set your approximate experience level in settings which can help improve the relevance of your DEV Home Feed.

How to use GPT-3 in Google Apps Script

how to send and receive data with flutter_libserialport package

Once suspended, parabeac will not be able to comment or publish posts until their suspension is removed.

Once unsuspended, parabeac will be able to comment and publish posts again.

Once unpublished, all posts by parabeac will become hidden and only accessible to themselves.

If parabeac is not suspended, they can still re-publish their posts from their dashboard.

Once unpublished, this post will become invisible to the public and only accessible to Ivan.

Thanks for keeping DEV Community 👩‍💻👨‍💻 safe. Here is what you can do to flag parabeac:

Unflagging parabeac will restore default visibility to their posts.