"Rust is too hard to learn," You whined.
"Maybe because you're a toddler?" 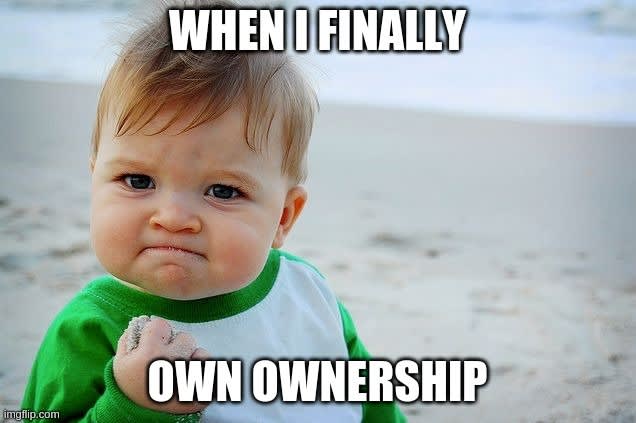 💡 Ownership IS the only big concept in Rust. It is not unique, and C++ has it too. Understand this well.

Repeat after me, "Thou shall be the only one owning a toy."

That's it. Alice has a toy, then Bob snatches it from Alice. Alice no longer has the toy. Bob runs away and gets bullied by Tim, looting the toy. Then Bob has no toy. Tim has the toy.

If you later asked Alice for the toy, she would just cry and slap you on and on, yelling, "Bob took my toy!"

If you asked Bob to get back the toy, he would lash out with a black eye. "Tim has it!" 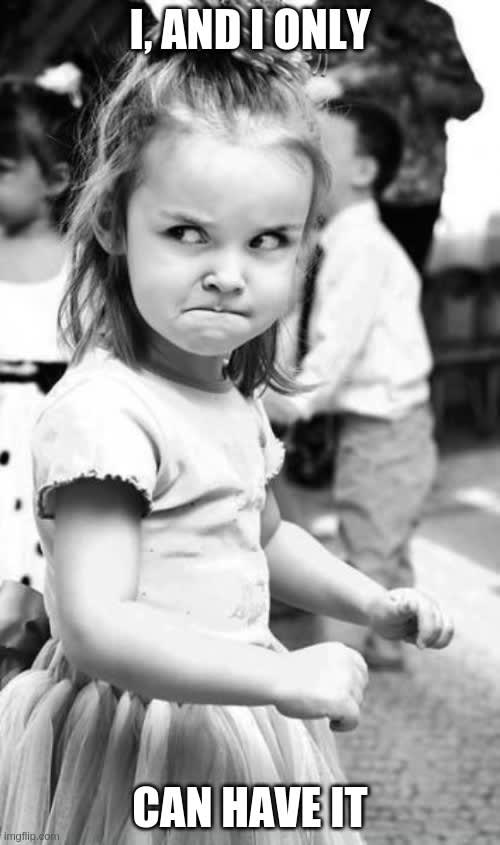 Although this may sound confusing, it is pretty simple in the real, physical world. You were just too spoiled by your X language. Here is the hard fact -- You just can't have more of a thing. A piece of data is not made of pixie dust. It is a bunch of electrons making tricks on a couple of latches to spell out enough 0 and 1 digits to make up a piece of data. As real as a teddy bear.

🐍 What other languages do

What most languages do is basically telling Alice and Bob to share, which they can on a good day. On a bad one, they are yanking the toy on each end. On the worst, either one might misplace it and the other explodes. This one hip language named after a fat snake takes it too far by buying a duplicate for every toy for Alice, Bob, Tim, and any other kids who want to play with it.

🍼 Try-sies
Instead of a String::from("Teddy"), try a string literal "Teddy" or an integer and keep the code. What happens? Use this playground.

Sensibly, in order for Alice to have the toy, Bob (or whoever was owning it) should return the toy to her.

Since Tim eventually returned the toy back to Alice, Alice is happy.

Stay tuned for EP2: Rust Borrows for Toddlers: All You Gotta Do is Ask.

👀 Follow me so you don't miss the next episodes!
🦄 Upvote this so Netflax renews the episodes!

Once suspended, pancy will not be able to comment or publish posts until their suspension is removed.

Once unsuspended, pancy will be able to comment and publish posts again.

Once unpublished, all posts by pancy will become hidden and only accessible to themselves.

If pancy is not suspended, they can still re-publish their posts from their dashboard.

Once unpublished, this post will become invisible to the public and only accessible to Pan Chasinga.

Thanks for keeping DEV Community 👩‍💻👨‍💻 safe. Here is what you can do to flag pancy:

Unflagging pancy will restore default visibility to their posts.