A quick guide showing how to change your Windows Terminal from looking like this. 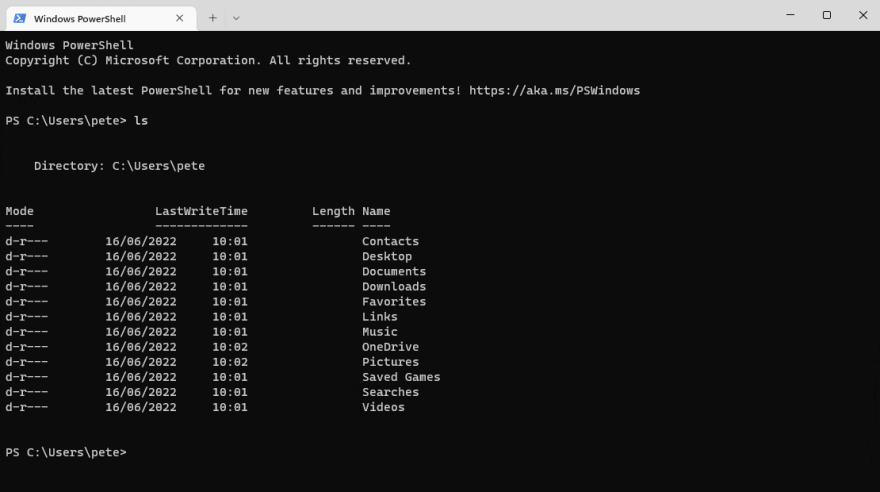 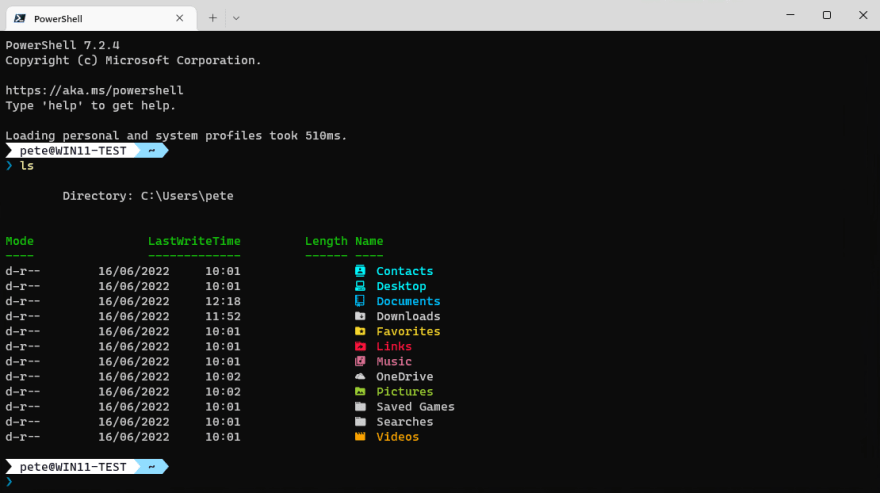 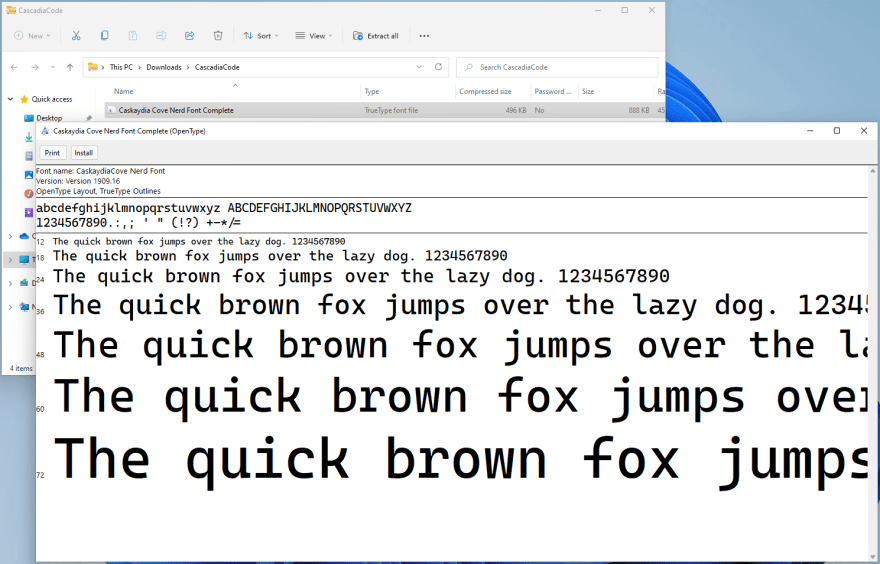 If you want to use the new cross platform and open source version of PowerShell head over to GitHub and follow the install instructions applicable to you.

In this example we'll download the Windows (x64) MSI (Direct Link) and then run the MSI to install.

Once finished, re-open windows terminal and you should see a new PowerShell option.

You can also change your Windows Terminal start-up options to set PowerShell Core as your default profile. 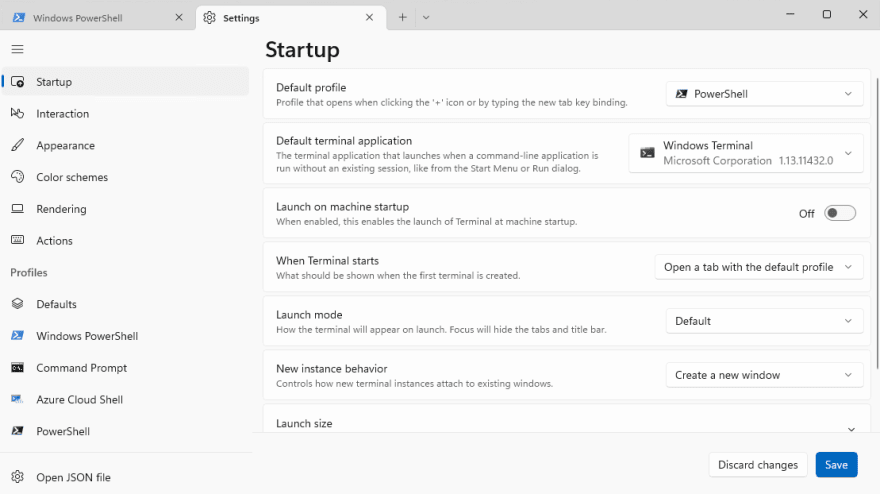 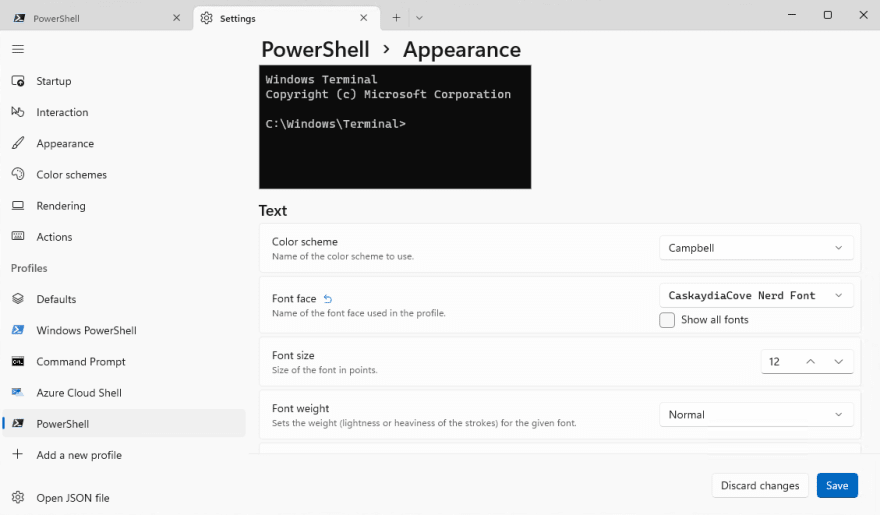 Oh My Posh is the package that allows us to theme our terminal window. The installation process has changed several times since I started using it a couple of years ago but it's now pretty simple.

Make sure you have the latest version of App Installer from the Windows Store as this will provide you with winget, this should be installed by default on Windows 11 but may require an update.

In PowerShell run the following command.

Create a new PowerShell profile if one doesn't exist with the following command.

If you're using the original PoweShell run the following command as administrator to allow script execution.

This is not required for PowerShell Core.

To install new terminal icons (these change the folder/file icons in terminal) run the following command.

Edit your profile by using the following command.

Add the following lines, where {username} is replaced with your Windows username.

Save and then restart Windows Terminal and you should see your new theme.

You can see the other themes available to you at Oh My Posh Themes, or by running the following command.

You can then change paradox.omp.json in your profile file to a different theme, i.e. jandedobbeleer.omp.json. 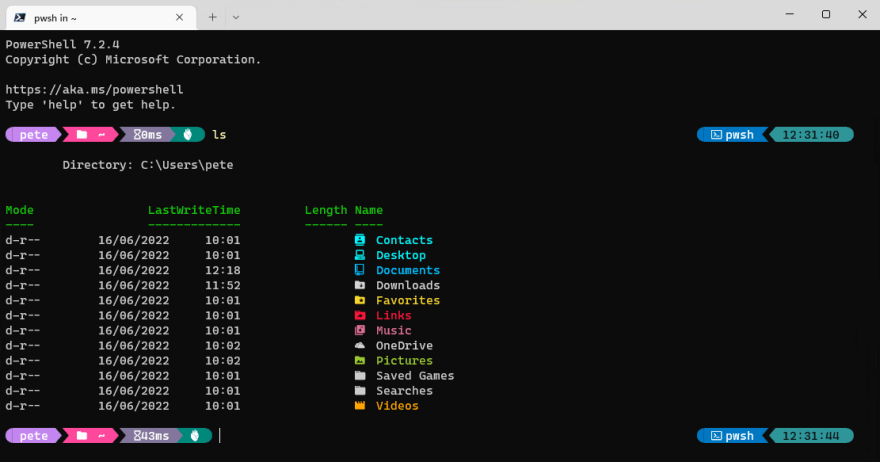 Use Powershell within Hyper Terminal (Windows)

Peter Davis
I'm a full stack C# developer that provides technical consulting services on the Unit4 ERP product via Tech4 Consulting, while also developing an Open Source LegalTech platform with Panache Software.
5 Small and Hidden React libraries You Should Already Be Using
#webdev #javascript #react #productivity
When can you declare yourself a Full-stack Dev?
#discuss
Do you take notes? The story of a Notetaker
#beginners #codenewbie #career

Once suspended, panachesoftwaredev will not be able to comment or publish posts until their suspension is removed.

Once unsuspended, panachesoftwaredev will be able to comment and publish posts again.

Once unpublished, all posts by panachesoftwaredev will become hidden and only accessible to themselves.

If panachesoftwaredev is not suspended, they can still re-publish their posts from their dashboard.

Once unpublished, this post will become invisible to the public and only accessible to Peter Davis.

Thanks for keeping DEV Community 👩‍💻👨‍💻 safe. Here is what you can do to flag panachesoftwaredev:

Unflagging panachesoftwaredev will restore default visibility to their posts.