Note: I have exact numbers for this because I originally wrote this on the day I found the bug.

I was working on an ETL system designed to reduce the cost of Phase III clinical trials. In doing so, I was reading some data and I processed 36,916 potential dates. Two of those 36,916 failed to validate. I wasn't concerned as these dates came from clients at big pharmaceutical companies handing us spreadsheets the often had only a vague match with our specification. When you work with clients much larger than you, you often just grin and bear it and die a little inside each day (which reminds me, I need to write up my hell with Yahoo's now-extinct IDIF format some day).

On that day, however, the pharmaceuticals were blameless. When I inspected the raw data, the failed dates were January 1st, 2011 and January 1st, 2007. I knew those dates. This wasn't sloppy data from a client. I had a bug in software I had just written, but this bug was first released in 1983.

For anyone who doesn't understand the software ecosystem, this may sound mystifying, but it makes sense. Because of a decision taken a long time ago to make another company money, my client lost money in paying me to fix a bug that one company accidentally introduced and another company deliberately introduced. But to explain it I need to talk about a third company that introduced a feature that eventually became a bug, and a few other historical tidbits that nonetheless contributed to the obscure bug I fixed that day. 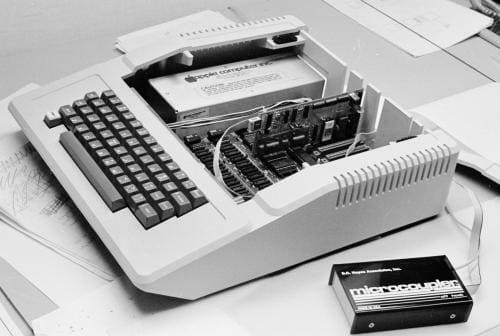 In the good ol' days, Apple computers would sometimes spontaneously reset their date to January 1st, 1904. The reason for this is simple. Back then, Apple computers used battery-powered "system clocks" to keep track of the date and time. What happened when the battery ran out? Apple computers tracked their dates as the number of seconds since the epoch. In this sense, an epoch is merely a reference date from which we start counting and for Macintosh computers, that epoch was January 1st, 1904 and when the system clock battery died, that was your new date and it caused a curious problem.

However, the Apple solution of storing dates as the number of seconds after the epoch means we couldn't handle dates before the epoch and that had far-reaching implications, as we'll see. This was a feature, not a bug, that Apple introduced. It meant, amongst other things, that the Macintosh operating system was immune to the Y2K bug. (Ironically, many Mac apps weren't immune because they would introduce their own date system to work around the Mac limitations.)

Moving along, we have Lotus 1-2-3, IBM's "killer app" that helped to launch the PC revolution, though it was VisiCalc on the Apple that really launched the personal computer. It's fair to say that if 1-2-3 hadn't come along, PCs would likely have not taken off as quickly as they had and computer technology would have turned out considerably differently. However, Lotus 1-2-3 incorrectly reported 1900 as a leap year. (In literary terms, that sentence is what we call "foreshadowing") 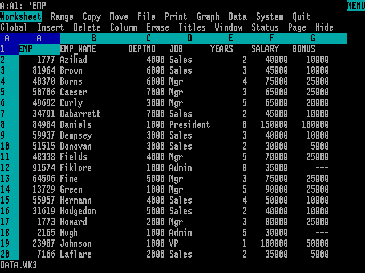 When Microsoft released Multiplan, their first spreadsheet program, it didn't have much market penetration. So when they conceived of Excel, they decided to not only copy 1-2-3's row/column naming scheme, they made it bug-for-bug compatible, including treating 1900 as a leap year, a problem that remains to this day. This wasn't to be sneaky; they needed Excel to be able to import Lotus 1-2-3 spreadsheets. So for 1-2-3, this was a bug, but for Excel, it was a feature, even if meant sometimes getting dates wrong.

When Microsoft wanted to release Excel for Apple's Macintosh computers, they had a problem. As mentioned, Macintosh didn't recognize dates prior to January 1st, 1904. However, Excel used January 1st, 1900 as its epoch. So Excel was modified to recognize what the epoch was and internally stored dates relative to these respective epochs. This Microsoft support article explains the problem fairly clearly. And that leads to my bug.

My client received spreadsheets from many customers. Those spreadsheets may have been produced on Windows, but they may have been produced on a Mac. As a result, the "epoch" date for the spreadsheets might be January 1st, 1900 or January 1st, 1904. How do you know which one? Well, the Excel file format exposes this information, but the parser I was using did not and it expected you to know whether you have a 1900 or 1904-based spreadsheet. I suppose I could have spent a lot of time trying to figure out how to read the binary format of Excel and sent a patch to the maintainer of the parser, but I had many other things to do for my client and so I quickly wrote a heuristic to determine whether or not a given spreadsheet was 1900 or 1904. It was pretty simple.

So why didn't I simply use the formatted date? Because July 5, 1998 might be formatted as "July, 98", losing me the day of the month. We get our spreadsheets from so many companies and they create them in so many different ways that they expect us (meaning me, in this case) to figure it out. After all, Excel gets it right, I should, too!

That's when 39082 kicked me in the tail. Remember how Lotus 1-2-3 considered 1900 a leap year and how that was faithfully copied to Excel? Because it adds an extra day to 1900, many date calculation functions relying on this can easily be off by a day. That means that 39082 might be January 1st, 2011 (on Macs), or it might be December 31st, 2006 (on Windows). If my "year parser" extracts 2011 from the formatted value, well, that's great. But since the Excel parser doesn't know whether it's a 1900 or 1904 date system, it defaults to the common 1900 date system, returns 2006 as the year, my software saw that the years were five years apart, assumed an error, logged it, and returned the unformatted value.

To work around this, I wrote the following (pseudo-code):

As an aside, according to an anecdote from Joel Spolsky, the Lotus 1-2-3 "bug" may have been a deliberate attempt to simplify the Lotus software.

The history of wildfire modeling

Ovid
Well-known software developer specializing in large-scale database-driven web sites. Usually I use Perl. I speak at too many conferences. https://allaroundtheworld.fr/
From Music to Web Development -My Path
#beginners #career #react #programming
CSS Flexbox Cheat Sheet 🔥
#webdev #css #beginners #productivity
How do you stay up to date with the latest developments in tech?
#discuss #beginners #webdev #productivity
Forem Open with the Forem app