I’m Ovi a MERN Stack developer!
So the topic today is “Virtual DOM vs DOM”,

First, this is an example of DOM: 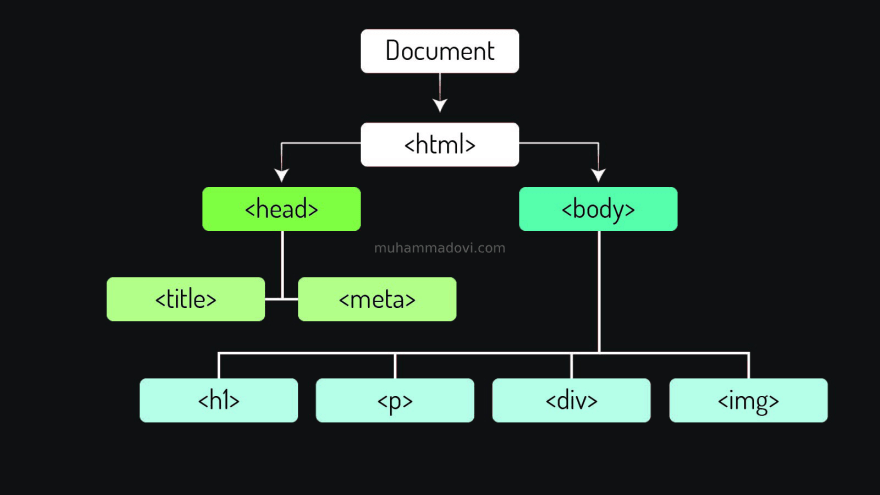 The DOM is actually the object-based abstraction of your code which is being shown on the page!

DOM takes all the HTML elements and wraps them in an object with a tree-structure — like the image above. This provides an API that allows us to directly target any specific node (HTML element) and do what we want like adding more child/parent nodes, removing, editing it’s content and blah blah blah...

On the other hand, Virtual DOM is an abstraction of your Real DOM but it’s pretty light-weight than the Real DOM — It has all the same properties as the Real DOM object but it can’t write and show things to the screen like Real DOM. It’s extremely fast as compared to the Browser’s DOM — It can produce about 200,000 Virtual DOM Nodes / Second 😲

I hope you understood what I said 😜

Let’s meet in the next post.
Till then, Sayonara! (Good-Bye)

If you found this story useful, you know what to do now. Give it a ❤️ and follow me to get more articles and tutorials on your feed. 😜😉