Working at a large company where we have plenty of web applications with continuous releases and feature improvements taught me the value of implementing good coding practices. With such feature velocity, it is important for the team to do things the best way possible. This helps to reduce technical debt and makes scaling up much less complicated.
Bellow I put some of angular coding standards and practices to improve your angular application performance.

Keep the structure as flat as possible. We should not create nested structures just for the sake of structures and we should only create subfolders when we feel that the contents of a folder is hard to read at a glance. Keeping the flattest structure possible also makes imports more readable

Keep related code grouped. For example, keep the shared components in a folder, feature components in their feature folder, and so on. 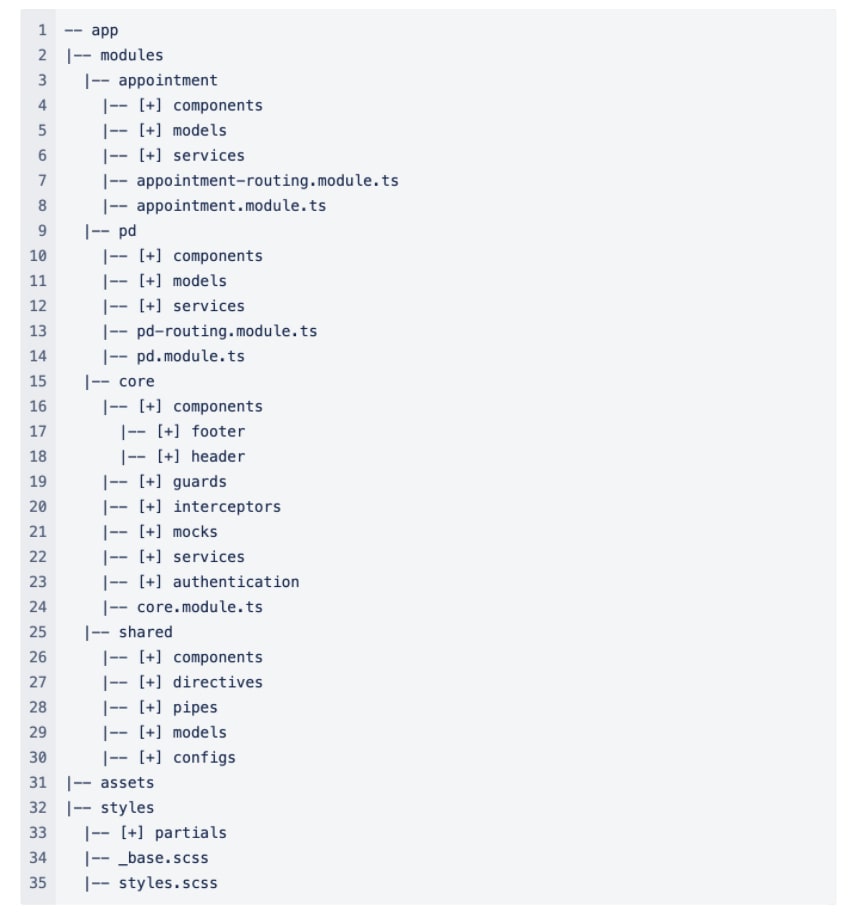 Here is a set of rules we need to follow to make our project with the proper coding standard.

It is very important not to create more than one component, service, directive… inside a single file. Every file should be responsible for a single functionality. By doing this, we are keeping our files clean, readable, and maintainable.

In the same way, every module, class, or function should have responsibility for a single functionality and it should encapsulate that one part.

Try to lazy load the modules in an Angular application whenever possible. Lazy loading will load something only when it is used. This will reduce the size of the application load initial time and improve the application boot time by not loading the unused modules.

Technically, nested subscriptions work, but it is not the most effective way. In case, you want the value to be reused in more than one observable then you can use preferable chaining options like combineLatest, withLatestFrom, etc rather than subscribing to one observable in the subscribe block of another observable.

It is better to isolate API calls in one place, like in a service and use the service from the component. This way we can add logic to these calls closer to the call and independently from the component logic.

When subscribing in your components to RxJS Observables, you should always unsubscribe. Otherwise, this causes unwanted memory leaks as the observable stream is open, even after destroying the component using it.

You can do this in multiple ways:

-Use the async pipe to subscribe to Observables and automatically unsubscribe in templates.

It makes the code simpler by eliminating the need to manually manage subscriptions since async pipes unsubscribe themselves automatically. It also reduces the risk of accidentally forgetting to unsubscribe a subscription in the component, which would cause a memory leak. (This risk can also be mitigated by using a lint rule to detect unsubscribed observables.)

Components should obey the single responsibility principle. This helps to eliminate code duplication. Components should also only deal with display logic. It is important to separate business logic from template logic.

Consider adding challenging calculations into the ngDoCheck lifecycle hook. And if possible cache them for as long as feasible.

10. Use Route Guards on the Navigation

Angular route guards are interfaces provided by angular which when implemented allow us to control the accessibility of a route based on conditions provided in class implementation of that interface.

Angular provides environment configurations to declare variables unique for each environment. The default environments are development and production. I will upload soon a tutorial on how to configure environment variables.

The major benefits of using environment variables are:

Linting forces the program to be cleaner and more consistent. It is widely supported across all modern editors and can be customized with your own lint rules and configurations.

A more detailed tutorial on how to configure lint rules is on the way!

Always document the code, as much as possible. It is a good Angular practice to document methods by defining them using multi-line comments on what task the method actually performs and all parameters should be explained.