When it comes to GitHub, we often see fake GitHub users who are always enthusiastic and active, giving timely feedback to project maintainers and contributors, and helping developers with tasks that can be automated. Yes, the next thing I want to discuss is something about GitHub bots.

In the OSSInsight project, we have developed a number of metrics to provide insight into open source projects. When developing some open source project metrics, we always consider excluding bot-generated actions or events from the metric calculation.

However, We can't ignore the contribution of robots in the domain of open source, and it's important to shift our thinking to look at what bots are doing on GitHub.

GitHub bots help developers do a lot of work:

Looking at the historical data, we see that the number of GitHub bots grows significantly faster after 2019 (on average, 20,000 new bots are created each year) 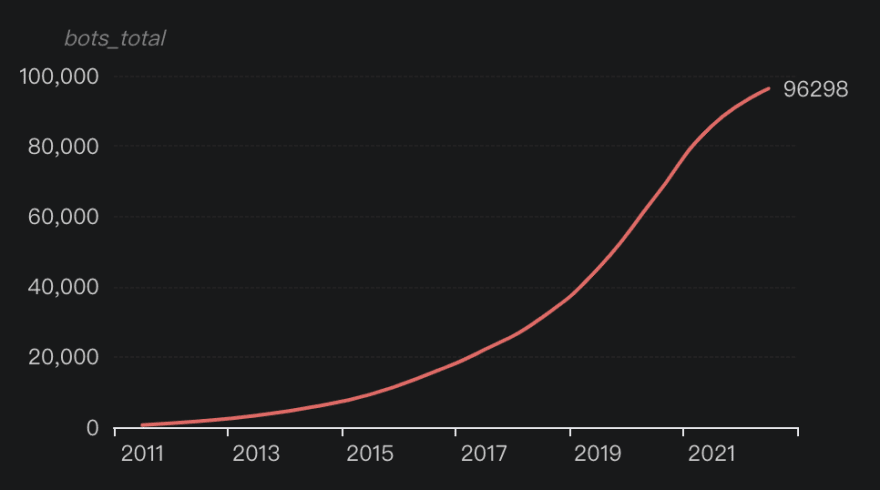 I looked into what happened during the year and found that GitHub invested a lot in its software development infrastructure (including bots) during the year.

At this year, we, humans beings, were amazed to discover that bots could find problems, submit PRs, wait CI test code, complete merges and comment on PRs on their own without any human involvement. 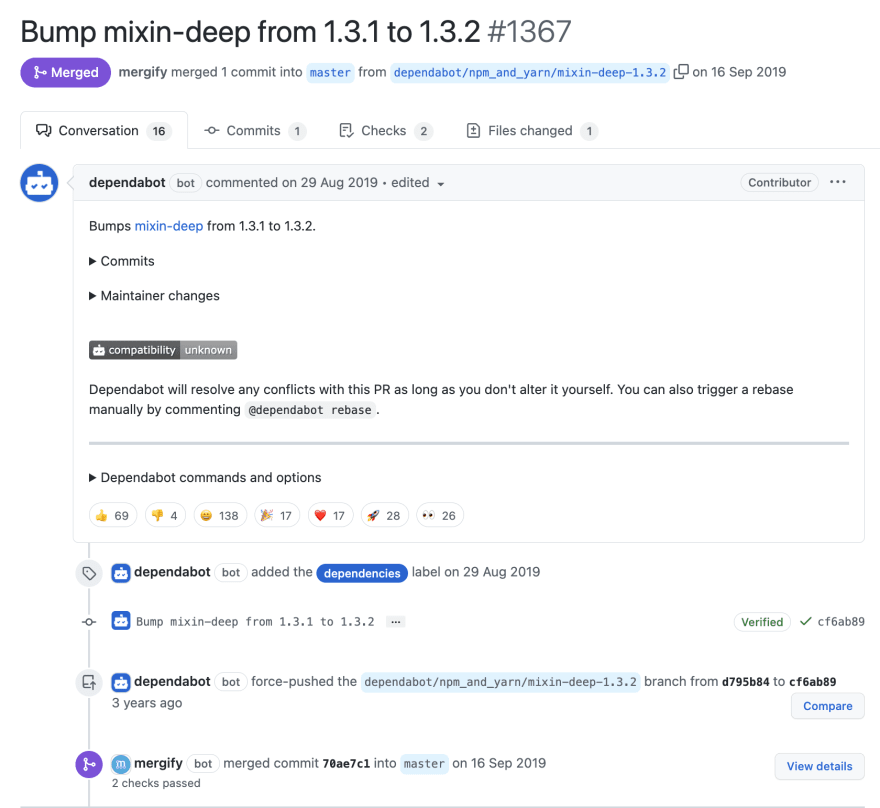 For now, rough statistics found that there are more than 95,620 bots on GitHub, the number doesn't seem like so much, but wait...

These 95 thousand bot accounts generated 603 million events, these events account for 12.82% of all public events on GitHub.

And these GitHub robots have served over 18 million open source repositories.

dependabot[bot] is a hard-working bot responsible for helping open source projects keep their dependencies up to date.

By analyzing depentenbot's Push commit time, we found that he likes to start his busy week at 8:00 on Mondays (at GMT timezone). 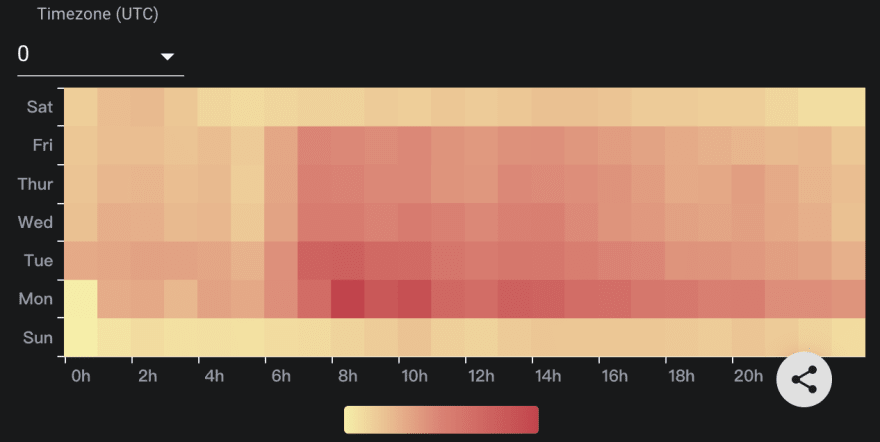 It is commendable that, after a series of log4j security vulnerabilities came to light, it helped many Java-language repositories to update the dependency to a secure version timely.

Stale Bot is a controversial class of robots, they are responsible for reminding maintainers to continue promoting long-term stale issue.

Bad practice
The user from Gatsby:

I used to open GitHub issues to Gatsby to report bugs. Almost nothing was ever fixed and every few weeks I had to manually clickety-click to keep the issues alive because of the stale bot. Guess what I do now? I don't report bugs to Gatsby, and I recommend against using Gatsby in newer projects.

Best practices
The user from NixOS:

IMO NixOS has the right stalebot settings 0. It was discussed thouroughly in the RFC, as to choose the right information text and other actions by the bot. For example, the bot will only mark the issue/PR as stale and will never close the issue or lock it. Issues are only ever closed by humans. The information text they came up with is quite a bit longer than the ansible one 1. I think this is a very important point when adding such a bot, otherwise the user will be left helpless.

To verify the above statement, we run the following query through the SQL statement:

We know from the following query that many Issues in the gatsbyjs/gatsby repository have been closed by the stale bots.

I think it is necessary to distinguish between what should be done by robots and what must be done with human involvement.

There are some weird bots on GitHub that don't help people work and learn on GitHub, but rather act as data movers. 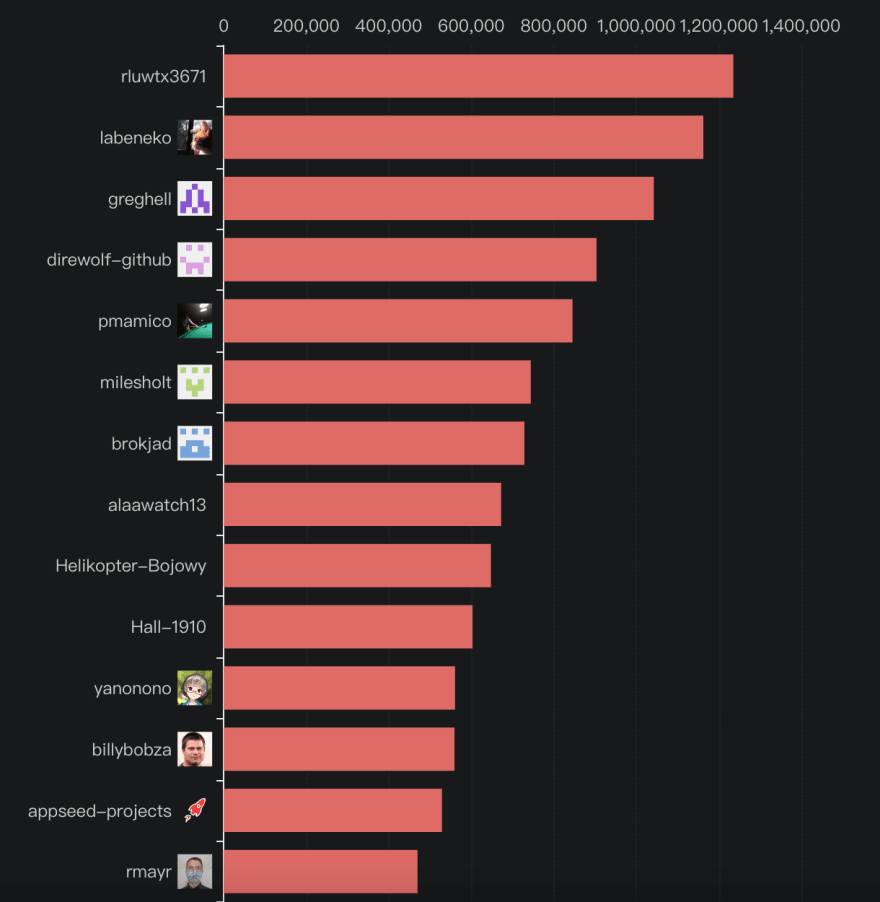 Adding more devs to your project makes it slower

Roadmap to becoming a Flutter developer.

Once suspended, ossinsight will not be able to comment or publish posts until their suspension is removed.

Once unsuspended, ossinsight will be able to comment and publish posts again.

Once unpublished, all posts by ossinsight will become hidden and only accessible to themselves.

If ossinsight is not suspended, they can still re-publish their posts from their dashboard.

Once unpublished, this post will become invisible to the public and only accessible to OSS Insight.

Thanks for keeping DEV Community safe. Here is what you can do to flag ossinsight:

Unflagging ossinsight will restore default visibility to their posts.