Having previously dockerized our semantic release configuration in @open-sauced/semantic-release-conventional-config, a manual step was needed to publish the action in the GitHub marketplace.

This meant that forcing a major tag update with @semantic-release/exec as part of the release process was possible, but would result in the major tag (for example v3) linking to a valid repository commit SHA that is not actually released in the marketplace.

It may sound tedious but in practice, all a maintainer has to do to update the marketplace tags is edit a published release and press the save button. That's exactly 2 clicks from the repository front page and the simplest way to have acceptance testing.

semantic-release shareable config to publish to npm and/or ghcr

semantic-release shareable config to publish to npm and/or ghcr.

This shareable configuration use the following plugins:

Most important limitations are:

You can skip here if you are using elevated Private Access Token, however we don't recommend going down that path.

No force push or admin cherries branch protections for the following branches:

If you use more than the main branch, optionally create an environment that is limiting where pushes can come from and enable the merge strategy.

We are using production…

Here are all the open source actions we are using to power this release workflow:

Be sure to include the DEV usernames of your collaborators: 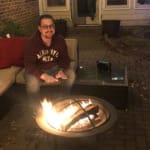 I write code for fun, and sometimes for work

Open Sauced
The path to your next contribution.