Open-source has enabled the tech industry to creatively use, build, connect and innovate. Can you imagine a modern tech stack without open-source projects like Linux, Kubernetes, Kafka, Python, NodeJS, ElasticSearch, NGINX, Redis, MySQL, Mongo and numerous others?

In November 2002 Ivan Ristić, an English engineer, released a module for monitoring application traffic for Apache HTTP Server, known as ModSecurity or ModSec. A few years later, the module was released under an open-source license, and together with OWASP Core Rule Set (CRS) — a set of signatures for detecting web exploits, became the cornerstone of the entire WAF industry.

In 2022, many companies including Imperva, AWS, Microsoft, CloudFlare, Akamai, F5, NGINX and others are providing WAF products based on open-source ModSec concepts, signature-based technology and code.

Signature-based solutions are well proven, but they are reactive by nature, meaning that often signatures aren’t available until after vulnerabilities have been known for some time and exploits are put into circulation, as such they don’t provide good enough response for modern fast-spreading attacks. From an operational perspective they require constant tuning and exception handling to avoid false positives. 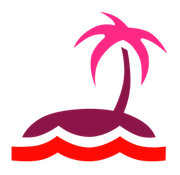 We are now starting open-appsec beta program — a new open-source initiative that builds on machine learning to provide enterprise web application and API security with the visibility, protection and manageability that is required by modern workloads.

The open-appsec program is now in initial beta exposure. You are welcome to learn about the project, read the documentation and test it in your environment.

We are working to make the code available on GitHub once we have additional community feedback.

Please join our community, share your feedback and thoughts.

Once suspended, openappsec will not be able to comment or publish posts until their suspension is removed.

Once unsuspended, openappsec will be able to comment and publish posts again.

Once unpublished, all posts by openappsec will become hidden and only accessible to themselves.

If openappsec is not suspended, they can still re-publish their posts from their dashboard.

Once unpublished, this post will become invisible to the public and only accessible to openappsec.

Thanks for keeping DEV Community 👩‍💻👨‍💻 safe. Here is what you can do to flag openappsec:

Unflagging openappsec will restore default visibility to their posts.