Docker, what is it? how is it beneficial? how to easily use it?

This is going to be a series of posts, this will be the first of them to explain some easy steps to start using docker containers and deploy apps with it, in this very step we are going to use nodejs with express framework to host a hello world app.

So what is docker?

Docker is lovely developer tool that makes it easy to install and run software without worrying about setup and dependencies.

How is it beneficial?

This is because it makes containers, imagine a multi layer cake where you take a verticle slice of it, so you take from each layer a portion but you don't care about the rest of the slices. Here is an illustration for it. 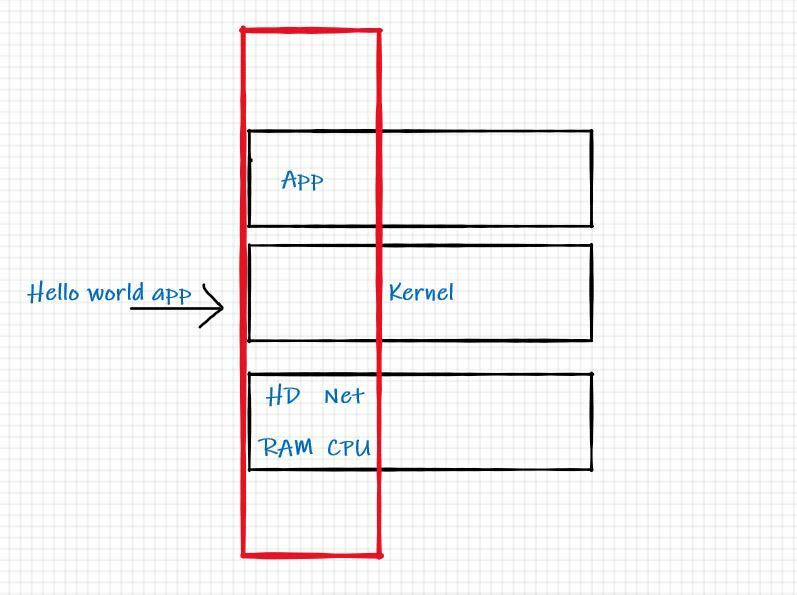 Which makes it easy for microservices, one example that we will be seeing soon is deploying multiple services with different environemnts or maybe different versions of the very same dependency, like different nodejs versions.

This is my favorite part, where it's enough with the talking and we start to write some code!!

So you get a package.json file with initial setup.

go to the browser and hit localhost:3000 and here it's there, 'Hello world!!'

So Where is docker??? Here it comes in the next steps ;)

Right now you should be having a question, why did we copy twice, why not only one time at the end??

To answer this, I need you to wait for a second an start make use of this docker image. At this moment you have an image but you cant really use it, we need to do two things:

After that we can run it.

So in you terminal run the following code 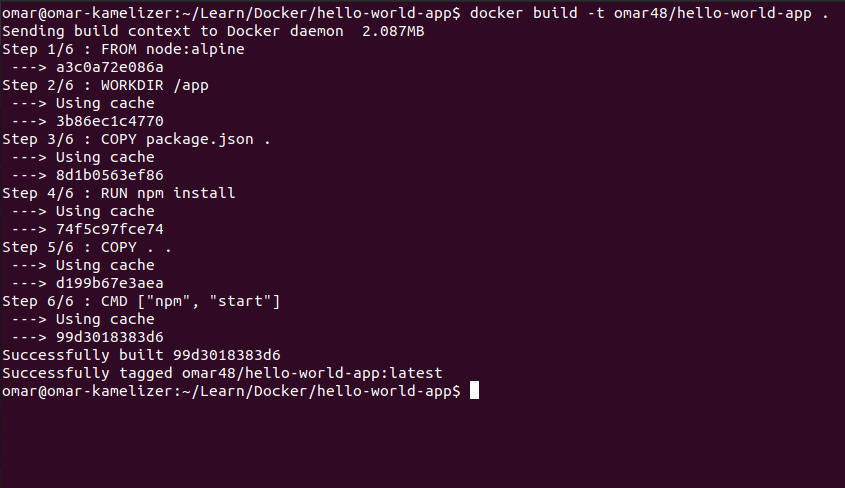 now you have this image locally, to view all your images

now we need to make this image have its way to your hub, So in you terminal run the following code

Now to answer the question about copying twice in the Dockerfile configuration, this was because each command makes a layer, so we:
1.Copy the package.json file which has all the dependencies in the project
2.Install them using npm install
3.We copy the rest of the files which is the code
So whenever we make a change in the source code, only the layer that copies the code is affected and we dont install the packages again, in other words the rest of the layers are cahced.

So in you terminal run the following code

and you should be seeing the following

I hope you liked this post, I'm intending the post some other related posts (actually other parts of this series where we take it a bit harder and a bit more advanced), I'm a starter myself, so if you noticed anything that you recommend against, I'm happy to hear from you, Thanks again!!

A step-by-step guide to developing and deploying Vue apps with docker, part two