Why, how and where for those who like RxJS :-)

Prerequisites: I assume you knwo RxJS and have some practice with it. If you are new to it or want to learn some advanced topics - watch my video-course " Hands-on RxJS for Web development " on Udemy.

Periodically in my development practice, I meet situations when you have to emit a few values in specified timeouts.

So how it can be implemented? Ok, let's review some scenarios:

Ok, the simplest way — to run many setTimeout's, like this:

OK, not so bad, but what if I want to show more elements in different delays?

Looks oldschool and ugly. Can we do better?

Lets use RxJS now and try to implement it: 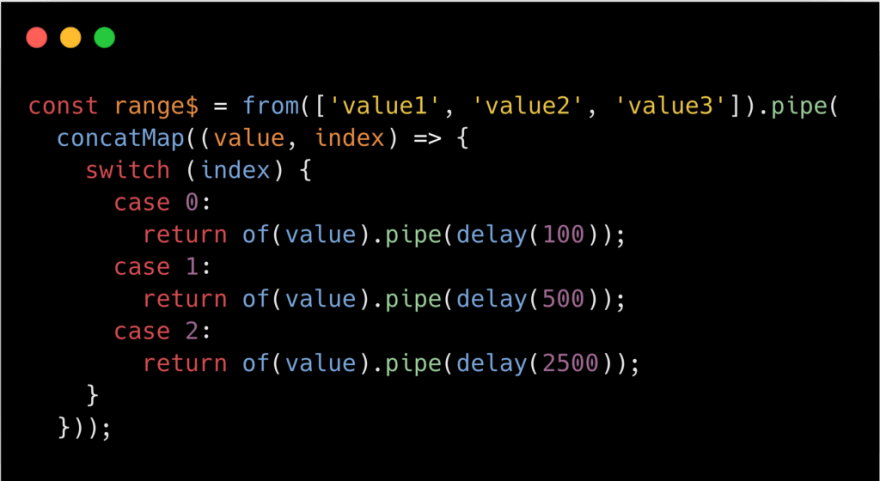 This code doesn't allow absolute delay (when the next emission is delayed against start/subscription moment).

To implement absolute delays approach (all delays are specified against subscription/start moment) we can use mergeMap instead of concatMap: 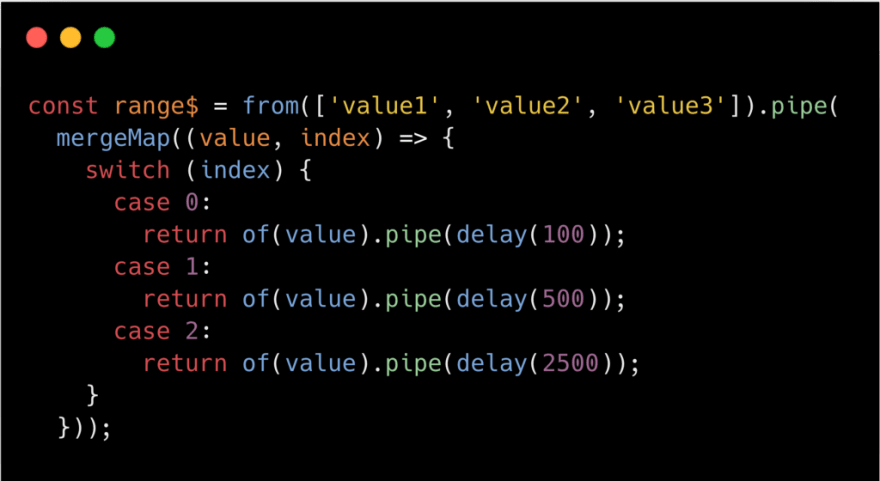 Looks like a lot of code, and also delays are hardcoded. We can do better. So let's go further!

Ok, we already know that hardcoding values/delays is not reusable, and we also want to be able to schedule in relative (delayed against previous emissions) and non-relative/absolute (delayed against subscription moment) way. Taking all the above into account, I implemented a custom timeRange function.

Where to use it 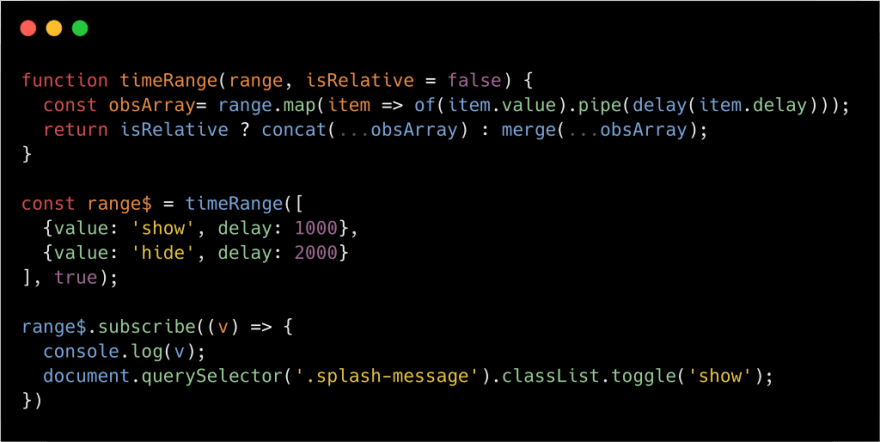 What do we do here?

Here is how it works:

You can play with it in a codepen here. 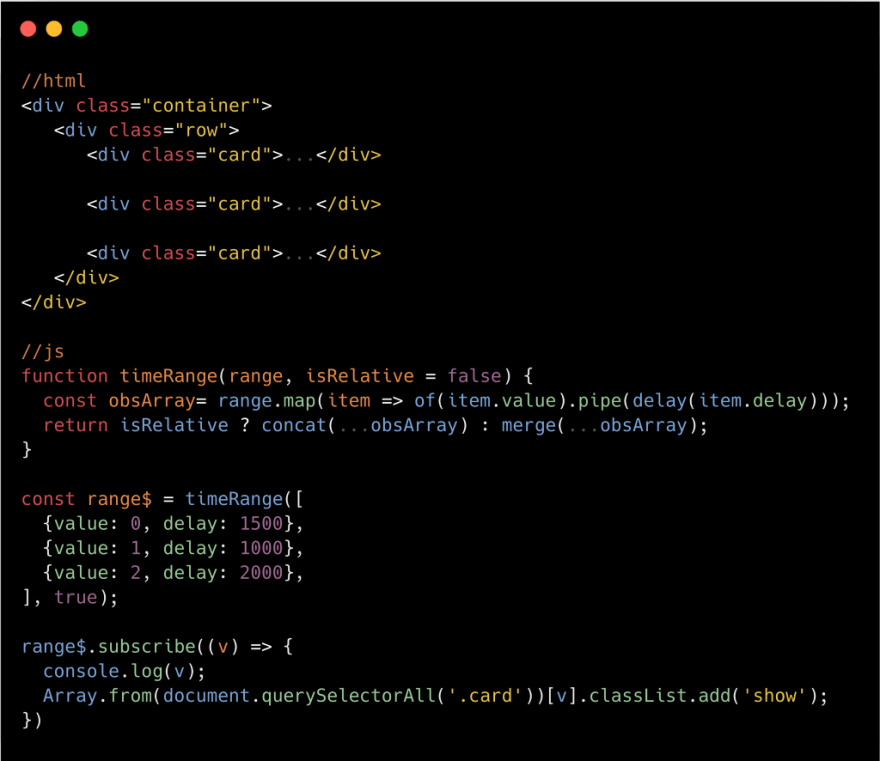 We just grab a set of elements and then show them one by one with specified timeouts on each range$ Observable emission.

Here is the result:

You can check the code here. 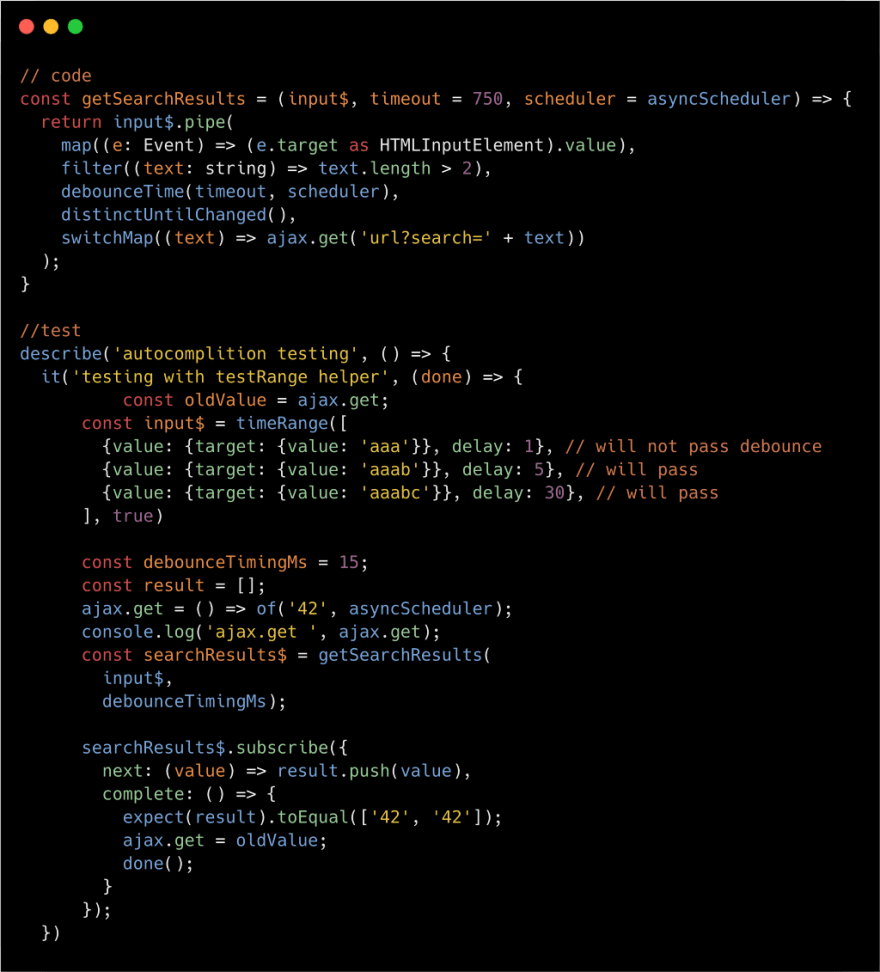 The code and the test can be found here.

I've added timeRange function to my rxjs-toolboxlib. It is not big for now. You can read more about it here: ‘forkJoin’ with the progress of completion

Have your own interesting RxJS solutions? Mention them in comments!

Want to learn more about RxJS? Give a try to my video-course "Hands-on RxJS". It contains both total beginners content and more advanced topics as well.

Make Your Own Custom LinkedIn Frame in 1 Minute

How to Build Compound Components in Angular