Another release packed with cool features and improvements just got released: Nx 14.2. Read all about the Angular v14 upgrade that comes with it, TypeScript and other 3rd party package upgrades, improved Angular CLI to Nx migrations, optional nx.json and speed improvements.

Angular v14 just got released last week. Read all about the news here. Huge kudos and congrats to the Angular team for again shipping on time based on their 6 months major release cycle. We’ve been collaborating with the team closely over the last couple of weeks to test early RCs, give feedback about upcoming features and foremost, make sure the new version not only works great in Nx, but also in the broader ecosystem that Nx supports such as Jest, ESLint, Storybook, Cypress and more.

We’re excited about the new features that landed in Angular v14 which bring some fresh air and long-awaited innovations to the framework (* cough * Standalone Components, * cough * typed Angular forms).

As such, if you upgrade to Nx 14.2 (npx nx migrate latest), Nx will make sure to also trigger all the Angular v14 related migration scripts to update your workspace to the latest Angular version.

With this release we also automatically update:

Nx 14.2 upgrades Storybook to the latest 6.5 version automatically for you.

Storybook support has been in Nx for a long time and we had our custom executor (builder) to preconfigure Storybook in a way that it works best within an Angular monorepo setup. We’re glad that the Storybook support for Angular improved a lot over the last couple of releases s.t. we can now directly use the Storybook native builders for Angular (@storybook/angular:start-storybook, @storybook/angular:build-storybook). In your project.json (or workspace.json / angular.json) you should see the executor now being set to:

This avoids any potential downsides of options being different or not available and lowers the maintenance burden on our side going forward.

For all the other cool Storybook features, please refer to their release announcement.

Nx is not only for large monorepos, but works really well for single-project Angular workspaces too! Why switch to Nx? We need an entire blog post for that (spoiler: coming soon 😉), but in a nutshell:

In the last couple of weeks we’ve been working hard on making an automated migration from the Angular CLI to Nx as seamless as it can possibly get. And this can be tricky, believe us. We always had automated migrations, but we improved our existing ones and in addition also added support for multi-project Angular CLI workspaces.

All you need to do is to run the following command on your existing Angular CLI setup.

We try to infer your current setup and configuration and automatically migrate it, in addition to providing useful warnings and logs for the things we couldn’t migrate along the way, such that you have the possibility to manually adjust things.

Here’s Nrwlian Colum tweeting about it 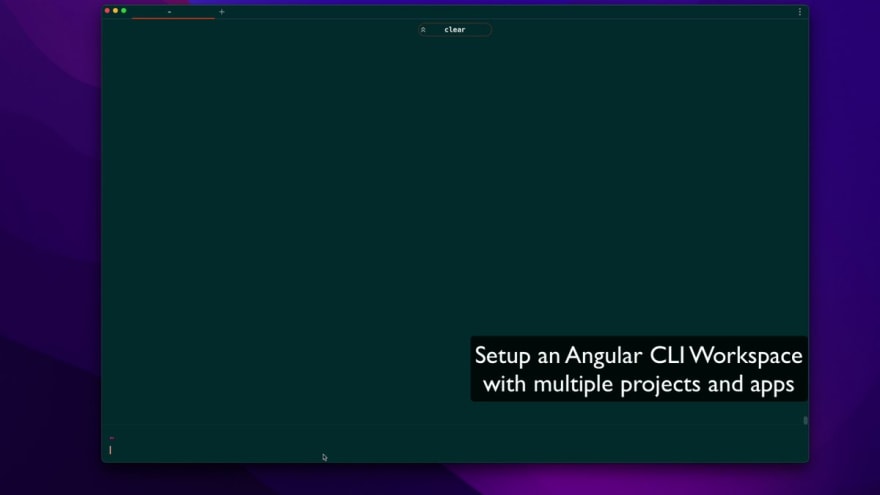 When you setup a new Nx workspace you can choose from a variety of presets (templates) that preconfigure your workspace in the best possible way, already setting up tool like Prettier, Jest, ESLint and Cypress. For some folks however, this might seem too much.

For that, Nx always already had the - what we call - “Nx Core” setup. You can read more about that on our guide, but it basically allows Nx to be used without its plugins, just for the fast, powerful task scheduling and caching capabilities.

In v14 we already simplified Nx (we have a whole section in our release blog post) and in v14.2 we even go a step further: we made nx.json optional, providing some reasonable defaults. Now, if you want to add Nx’s powerful task scheduler to an existing repository, all you need to do is to add the nx package as a dependency and you’re all set up.

Whenever you need to fine-tune the default settings you can run the following command to get a nx.json generated or you can obviously create it by hand:

Run Nx graph on any monorepo!

Speaking about lightweight Nx. With Nx v14.2.3 you can now just run

to download the Nx package, have it analyze your monorepo’s project graph and visualize it in its powerful project graph UI. Give it a try. Here’s Victor demoing it on the Next.js and Babel.js repository! You can use the super-powerful Nx Graph visualizer in any monorepo, even if it doesn't use Nx.

Part of our team has been heads-down on Lerna in the past month since we took over stewardship of Lerna. And apart from releasing Lerna 5 with important package upgrades, we wanted to solve Lerna’s biggest pain point: being slow. We published an article on how we envision that strategy 2 weeks ago and as part of that we’ve been digging deep into the Nx core and have been doing some proper profiling.

The result: Nx itself got faster as well 😃.

Here’s the result of running our benchmark using the latest version of Nx 14.2:

(as always, feel free to reproduce it here)

Only the possibility of being able to tailor and customize the processes and behavior of your monorepo tooling to your own needs, makes working with it pleasant and allows you to get most out of it. Whether it is to customize the code generation aspect to your company coding styleguide and best practices, to automate the setup of new projects or even add support for languages such as Go, .Net or Flutter. Nx Plugins enable such support and really help you make Nx work in the best possible way for your current scenario.

Ever happened to you that you mistyped the implementation file in your generators.json configuration file of your plugin? Well guess what, now the linting process would warn you about:

When you generate a new Nx plugin, you should now have a @nrwl/nx/nx-plugin-checks configuration in your .eslintrc.json file.

If you have an existing plugin, you can run the following generator to add the new lint rules:

How to Update Nx

Updating Nx is done with the following command, and will update your Nx workspace dependencies and code to the latest version:

After updating your dependencies, run any necessary migrations.

We're already deep into following our v15 roadmap with a lot of cool stuff coming up on the horizon.