Nx 12.8 includes many fixes, and new features, including support for Micro-frontends using Module Federation and Angular, presets for React and Storybook, support for TypeScript compiler plugins, and more!

Nx is a smart, extensible build framework to help you architect, test, and build at any scale - integrating seamlessly with modern technologies and libraries while providing a robust CLI, computation caching, dependency management, and more.

Nx Conf is coming in September! 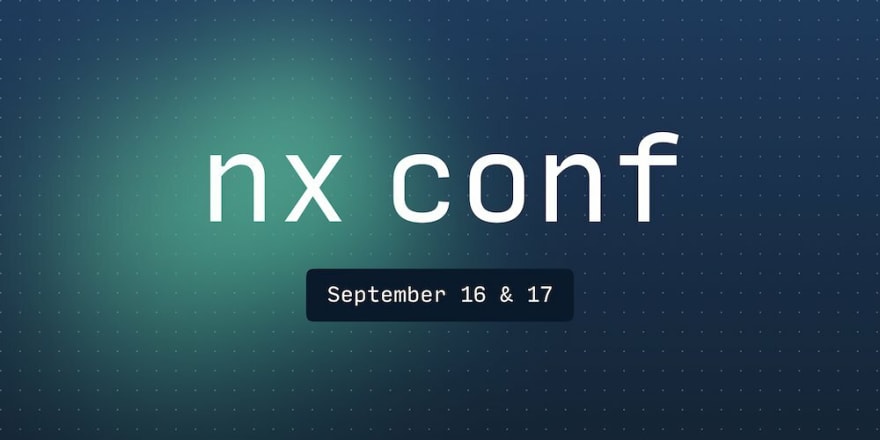 Nx Conf is a new, online & free-to-attend, 2-day conference featuring members of the Nx team and community. Join us as we share our ideas and expertise about making development faster, more scalable, and more collaborative.

In addition to the conference there will be a 2-day workshop on September 14th and 15th on How to Develop at Scale with Nx Monorepos, presented by members of the Nx Core Team. Workshop registration is $800 per attendee.

Grab your FREE Nx Conf ticket and save your workshop seat today!

Support for Micro-frontends with Module Federation and Angular

Building on top of the work down by Manfred Steyer and the community, we have updated our Angular executors and generators to better support this use case out of the box.

Colum Ferry does a walkthrough of starting a Micro-Frontend project with Angular in the video below.

This makes getting up and running with Module Federation more manageable and consistent at scale, allow you to scaffold and build a Micro-Frontend Architecture from a monorepo with all the additional benefits of Nx.

Read more in our guide on how to setup a Micro-Frontend with Angular.

Preset for React and Storybook

In Nx 12.7, we added a dedicated Storybook preset for React which dramatically simplifies the Storybook setup and makes sure that Storybook uses the same Webpack configuration as your React applications running within an Nx workspace.

Here are the main differences to the previous versions of Nx:

The video below by Juri Strumpflohner gives a walkthrough of the new feature to simplify the Storybook and React setup.

Storybook support has also been extended to projects using Web Components and Vue.

TypeScript Plugins are quite popular as they allow plugin authors to alter the code of the consumers using an Abstract Syntax Tree (AST). The TypeScript Transformer API hooks into the TypeScript transform process.

An example would be using the NestJS Swagger plugin to generate DTOs.

Next, add the @nestjs/swagger/plugin to the tsPlugins array in your build target options:

An example DTO below shows the class before the plugin ins applied.

And the compiled output included the bundle.

There is a misconception that Nx is best for apps and, it is not used for publishing to npm. The Nx repo itself, which consists primarily out of publishable packages, is built with Nx.

The publishable npm use case has always worked well, but in 12.8 we added a new preset npm that creates a new workspace closer to what you're familiar with. It's pre-configured for when you want to use Nx in combination with npm, yarn, or pnpm workspaces.

Use the npm preset when creating a new workspace.

If you already have an existing workspace with publishable packages, you can add Nx to it by running:

This adds a minimal amount of packages and configuration for Nx to be integrated into your existing workspace. This gives you all the benefits of Nx, without having to go "all-in" and keeping your existing structure in place.

Read more in our Nx and Lerna/Yarn Workspace guide.

We've also minimized the amount of scripts and dependencies added for new workspaces.

You can always find the full list of commands by using the help option.

How to Update Nx

Updating Nx is done with the following command, and will update your Nx workspace dependencies and code to the latest version:

After updating your dependencies, run any necessary migrations.

As always, if you are looking for enterprise consulting, training and support, you can find out more about how we work with our clients here.

useRef vs useState hook in React

Set Up a Decentralized Database with React and GunDB