Replies for: Ah, Well - if it isn't L. Preston! Hey, there. We aren't blocked on anything - but the other night at the LA Ember meetup - we were talking about h...

I mean, I guess it depends on where you're looking.

For example, this is my tweetdeck setup, and there is plenty here. But, I would for sure like there to be enough chatter so that I can't keep up with it.

Yeah. It's not a 'dig' at Ember (we love Ember.js the most) - but maybe it's a little bit of a dig for the people who insist on / not marketing it - or / market it poorly - and won't accept any help. It's sad to know that so many people are moving away from it --- NOT because it isn't the best set of conventions and tooling (because it is / as you so clearly outline) ... but because it's not marketable...

Another example (yes people are 'talking about it' - who use it... - but would be: 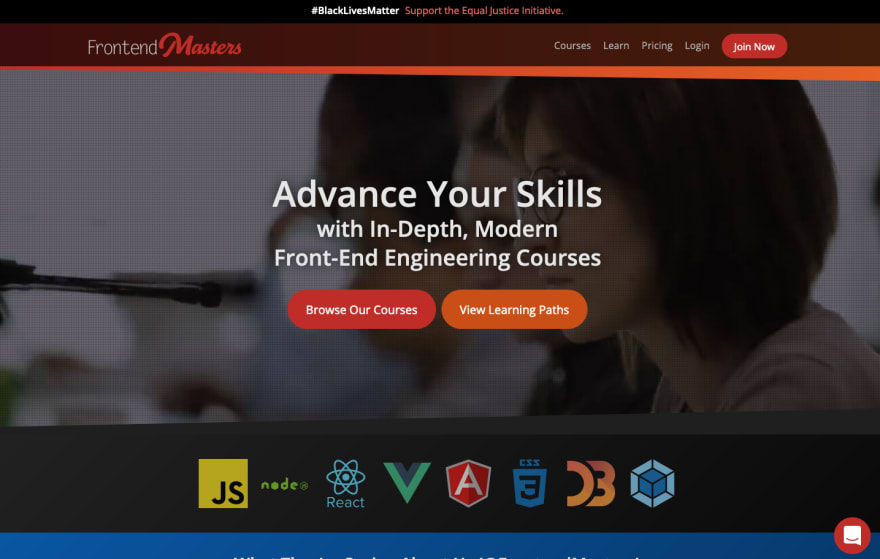 That - it's just not even listed anywhere... even though Mike has 2 great courses here.

Css3 is unable by everything, so that makes sense.

If you want more material for ember out there, start writing ;)

but because it's not marketable

If I were looking to hire react folks, lots of experience with ember would demonstrate that they candidates can follow conventions, and work with existing standards.

Sure, ember jobs aren't highly in demand.
This is super multifaceted, but a lot of it comes down to the cycle of react and Vue developers being super cheap hires. Fresh out of boot camps, or having no formal training whatsoever. Companies are typically looking for cheap labor, and the cyclical machine that is hype has been producing that.

I know that's not a great solution to the problem, but I don't think, from what I,we seen in surveys, any more people are moving away from ember than those who are choosing it for the first time.

Npm stats reveal a lot. Growth is there, but slow.
I think that statistics are often mis representative in their absolute values:
If the react dev pool gains 80% more people, but ember is only gains 10%.
The overall usage of ember as a percentage appears to shrink.

But it's still growth.
We have a tooooon of new devs in recent years that are eclipsing any technology that isn't the top technology.

The actual 'Ember' isn't marketable / not the skill set. And that's really subjective. It depends who the hiring manager is. If the resume said 'Joomla! and Ember' - then a 20 year old hiring manager might think those are dead. It doesn't mean it's true...

But what we mean - isn't the skill set. It's the CTOs and team-leads who have to actually choose it - and put their trust in it. They don't want to choose a technology that is being described as "dead" - and it's our job to tell them a different story. The facts don't matter that much in this case. It's all about "how it looks" and how it "feels" - and well, it looks like the community doesn't really care about anything but linkedIn / from the outside. But - people are totally ready to hear the story --- so, someone needs to tell it. People are seeing Reacts flaws - and although the mental model was working for them as they started - now they can see what a nightmare it can be / and wondering what to do! You might be one of the few people who can really explain that well.

We're on it. But it's not just "more material" - there's plenty of material. We need things that tell the right story - to the right people. Writing for Ember people... and writing for / not-yet Ember people.

Yes. We agree with all of those things. This was just a conversation starter for people who haven't tried it - and to see what came back. We already know you love it! And that it's an amazing set of tools. You really know your stuff! and you know so much about React too - so, yeah: After watching this - youtube.com/watch?v=OZaPaRh83sA it's clear that you know how to weigh things without bias.

Anyone who's actually been using react for a few years / will start to see the cracks! And actually working on a long-lived project is a lot different that downloading Vue or React 100 times. Let's see projects that get finished! But - also / Ember isn't for everything - and so, why not market it as what it is / A framework for when you want to built a serious long-lived application with a team.

But whether people are using it or not (of course they are!) - we just don't think that they are doing it justice in the marketing department. Maybe the people who created the best JS framework just don't also have the personal skills to explain to the people / why they should use it. Time will tell... (At the meetup we were joking about how "ember has been 'going away' since 2012" - but so have controllers...

We write about it - and we teach it at our school. We teach core JS, until we hit a wall, then show some history with jQuery and some solutions there, and hit a wall, and show a little Vue and hit a wall, and then show Ember - so that they can really understand WHY these conventions are there - and how this framework solves large and small concerns. When it's time, you were actually on our short-list of people to ask to help build out the advanced Ember.js elective. Somewhere there's a note scribbled that says "Preston or Garret?" haha!

We'll try our best to help people understand it. At some point - someone will probably have to just fork it - and rename it. How about "React-PRO" ? That might work. "For when you're sick of the shit / and you just want to use professional tools that work good."

"For when you're sick of the shit / and you just want to use professional tools that work good."

I super enjoyed reading this, and I'm glad ya'll are so invested in teaching folks how/why/when to use a particular tool for the task at hand :D

something I'm hoping to focus a bit on (now, and ) over the next year or so is to put out more technical blog articles to help out SEO/Marketing/Learning/etc.

there is a big void to fill with in-depth topics w/r/t ember (or at least w/ easy to find articles)... so.. idk. Me trying to write more and also balance not stressing over it is a tough balance too. :D

Forem Open with the Forem app