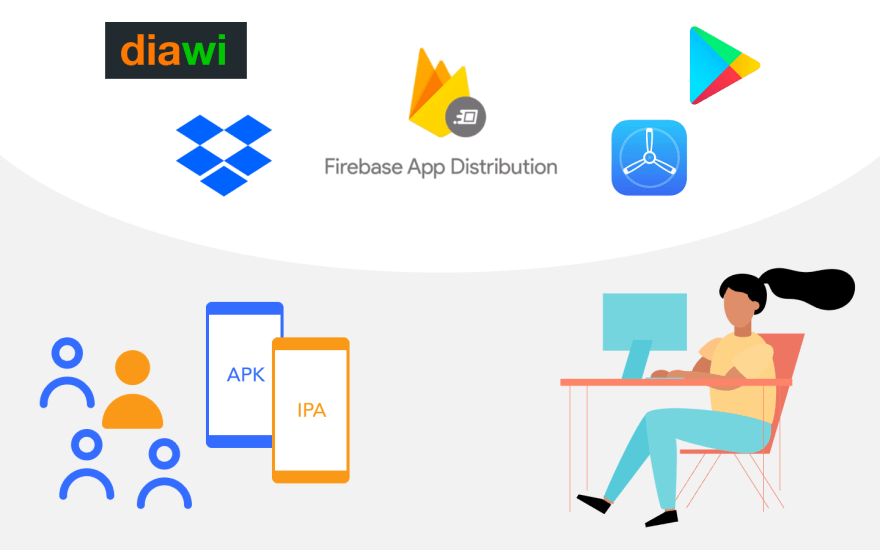 Now before I actually start blabbering about all the praises of the newly released Firebase App Distribution, I would like to give you all some context here.
App Distribution..., well we develop apps to be distributed right? Apart from those side projects which are looming around in some folder buried deep inside a stack or other folders, I assume rest all the apps are meant to be distributed, right? So let's talk about it.

Distribution comes in phases, you don't just build an app and make it live to the public? At least I hope not! Your app goes through various other users before it actually reaches its intended audience. Now these can be your fellow developers from your own team, or from QA, or these can be your early beta testers, or users from your Client's team identified for UAT.
As you can see I am talking about distributing the apps before it is actually published on Appstore or PlayStore. We call it Pre-release distributions. In this article, I would be covering the distribution of both Android and iOS apps using one single unified platform, Firebase App Distribution.

The focus of this article would be to highlight the available options other than firebase, the ones which we were using until now, how I used to manage the distributions in my Team, the difficulties we faced and how we can avoid all of that by switching to Firebase App Distribution. If you are still interested, which I am sure you would be, let's get started...

To distribute Android apps, you create a key-store file right from Android studio and generate a signed APK using that key-store.
Now you host this APK file anywhere on the web and any user with the link would be able to download and install this app.

Reaction of iOS Developers right now... WWhhaaaaattt???? That's it? And their reaction is valid, let's go through the steps to distribute iOS apps.

You would first need to get the UDIDs (Unique Device Identifier) of all the users on whose device the app is going to be installed. Then you add these UDIDs on your Apple Developer Portal, create a provisioning profile and generate an IPA using this Profile.

Now unlike Android you cannot just host this IPA anywhere, well you can, but the users cannot install that IPA on their devices. First you would have to create an over the air install Manifest file where you specify the URL where the IPA is hosted. You then need to host this Manifest file on the internet and then your users would be able to install the IPA. Note that only those users would be able to install the app whose UDIDs were added in the provisioning profile you used to generate the IPA.

Well this was the standard way to just get you that link which you can share with the User's & distribute your app. Now for a project with very few pre-release distributions, you can manage like this (Even though I wouldn't recommend it). But when you constantly develop loads of apps and would need to keep a track of all them along with their distributions, you need some system in place. So let's have a look at various other Free Platforms which we can leverage to distribute our apps.

With respect to TestFlight, the Builds have to go through an approval process before being available to the users, thats something huge which developers would like to avoid specifically at this stage.

Apart from the above points, from a Team's perspective, Managing both your Android and iOS apps require looking over these 2 platforms which is again not so good.

These platforms can be Google Drive, Dropbox etc. You just have to upload the respective files over their, generate the share link and distribute the link across your users to download and install the app.

Android will work perfectly fine in this scenario, but iOS IPA cannot be installed directly. The user should have access to a Macbook to install the shared IPA on their device using Xcode or iTunes.

Apart from this, there is no User/Tester Management, nothing of the sorts to keep track of your versions and share links. That's some additional work that your team would have to do manually to keep track of all the versions distributed and their URLs.

Diawi overcomes the iOS distribution issue of requiring a Macbook to install the IPA by generating a over the air installation Manifest file by itself. You need to upload your iOS IPA or Android APK and it gives you a share link.
Your users would be able to install both Android and iOS apps directly from the generated link.

Looks good? There's a limit on File Upload size - 75 MB and the link is valid for a maximum of 3 Days. Now I guess it doesn't look that good.

Again, apart from this there is no User/Tester Management. The same Cons discussed above for Cloud sharing platform apply here.

This one's just for iOS, I have included this since it overcomes the number of days & upload size limit that we had in Diawi. It basically connects with your Dropbox account, uploads your file on your account and generates a installable URL which you can share with your Users.

Again, there is no User/Tester Management. The same Cons discussed above for Cloud sharing platform apply here.

How I used to manage & maintain the distribution in my team

Since there was no unified platform that worked well for both Android and iOS, I used a couple of them and maintained a list of versions and their URLs in an OneNote Notebook which was shared amongst the team.

Once we get these links, we maintained a Notebook in OneNote where there was a list of all projects and URLs for the latest Android and iOS apps and the last updated date. If Anyone had to share a particular app to any user, they can access the shared notebook and find the URL and just share those downloadable URLs.

As you can see, there was a lot of manual overhead in maintaining this Notebook plus usage of multiple platforms for generating APK and IPA files. 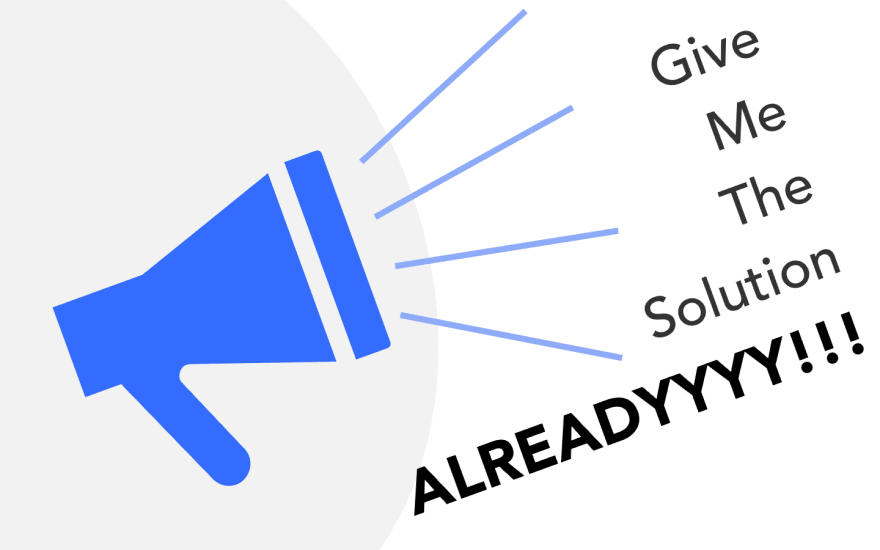 We talked enough about the problems in not just distributing the apps, but managing them ones they are distributed, maintaining a list of versions, their URLs, your testers, your Clients etc. etc. The list just doesn't end.

Firebase is known for its developer-friendly tools from Analytics, Cloud Messaging to Crashlytics. Here it comes again as our Saviour with the latest Firebase App Distribution.
Let's first see what they themselves say about this feature -

Manage both your iOS and Android pre-release distributions from the same place.

Get early releases into your testers' hands quickly, with fast onboarding, no SDK to install, and instant app delivery.

Fits into your workflow

Manage your testing teams by organizing them into groups. Easily add new testers with email invitations that walk them through the onboarding process. See the status of each tester for specific versions of your app: view who has accepted a testing invitation and downloaded the app.

When combined with Crashlytics, get insights into the stability of your test distributions.

App Distribution gives you a centralized dashboard to view insights on pre-release versions of your app. Testers are able to provide you with timely feedback on usability and pairing App Distribution with Crashlytics gives you real-time crash reporting for your app. 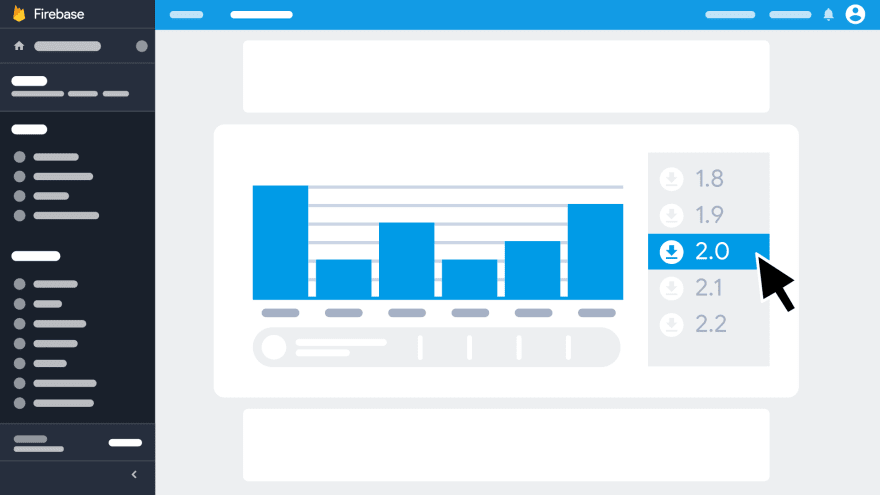 I would leave explaining the setup of Firebase out of this article since Firebase itself does a good job with its detailed documentation. Instead, I would walk you through the steps in brief -

Where Does Firebase App Distribution Stand Out Amongst others?

Register Tester / Client Devices by getting their UDIDs [iOS]

If anyone has worked with a varied set of Clients you would have noticed that not all Client's / Users are tech savvy. To just get their UDIDs, we have to walk them through "n" number of steps. Well, Firebase App Distribution comes to the rescue here again -

When testers accept an invitation to test a build not signed with an Enterprise profile, they are asked for permission to share their device's UDID with you. If they agree, App Distribution collects the UDID from the device and notifies you by email of the newly-shared UDID.

When you receive one of these emails, update your provisioning profile with the UDID and distribute a new build to your testers.

With almost everyone moving towards CI/CD you would be wondering how do we leverage Firebase App Distribution in our CI/CD workflow. Well hopefully these guides may help you get started -

This article was originally published on InstaMobile

If you enjoyed reading this article and learnt something, share it amongst your developer friends and colleagues and spread the love!

If you have anything to discuss regarding App Distribution or any other topic related to Mobile Apps, Development, Designing, Engineering... Drop a comment below or DM me on Twitter :)

If you find this interesting, chances are you’ll find my twitter feed too! I keep sharing articles and stuff related to development, design and productivity on a daily basis. So hop on, follow me on Twitter and enjoy the learning ride!

Embedding Python interpreter inside a MacOS app (and iOS app), and publish to the App Store successfully.

Once suspended, nqaze will not be able to comment or publish posts until their suspension is removed.

Once unsuspended, nqaze will be able to comment and publish posts again.

Once unpublished, all posts by nqaze will become hidden and only accessible to themselves.

If nqaze is not suspended, they can still re-publish their posts from their dashboard.

Once unpublished, this post will become invisible to the public and only accessible to Nabil Kazi.

Thanks for keeping DEV Community 👩‍💻👨‍💻 safe. Here is what you can do to flag nqaze:

Unflagging nqaze will restore default visibility to their posts.