More and more often we hear about a relatively new web framework to develop user interfaces on web and even for mobile apps, and this is Svelte.

I don't want to write just about this technology, its pros and cons, but to compare it with the most famous web framework React, and whether it can be defeated by Svelte.

Many developers who are starting to use this technology are very satisfied. Many of them want to keep exploring Svelte's depths and even support the project both financially and by making a contribution to the repository on Github.

But what makes Svelte stand out and make it so unique in the competition?

The main feature of Svelte is that it works as a compiler and not as a library, Svelte compiles the code into pure optimized JavaScript and does not need to drag the entire library to the production. This makes Svelte extremely fast.

On the other hand React, a library with rich community, developers and the huge Facebook corporation behind it.

It is currently the most popular technology within the front-end ecosystem.

Which of them is more beginner friendly

When we start learning something new, we always look first and estimate how much time and effort it takes to learn that or other technology. Thus, the criterion "Which is best for beginners" is important.

Both Svelte and React are not difficult to learn with JavaScript basic knowledge.

If you take React, you may need more time to study things like JSX or CSS-in-JS, although this is not something scary or incomprehensible. Below is an example of JSX syntax.

Svelte, on the other hand, is more like a simple JavaScript application, and only adds minor adjustments to HTML. Here you can see an example of Svelte syntax.

In this comparison, Svelte can be proud not only of its superiority over React, but many other frameworks as well.

Why is Svelte that fast?

Also a very bold decision from Svelte was to stop using VirtualDOM.

VirtualDOM is for a second almost the whole reason why React is fast, and allows it to reach such speeds.

But what is VDOM?

It is a copy of realDOM that is initialized with the application in the background, we specify what the interfaces should look like, and React with VDOM which is ReactDOM library, finds the best and most effective way to update realDOM - this is also called reconciliation process or diffing.

Svelte is running at build time, converting your components into highly efficient imperative code that surgically updates the DOM. As a result, you're able to write ambitious applications with excellent performance characteristics.

What is reactive programming?

Every developer has its own opinion about what reactivity is for them.
Here is the definition I like:

But to put it very simply, we can think about it that way - when a value changes, your application should react.

But what about Svelte?

Svelte brings reactivity in Javascript itself. It looks through your code and watches for components that depend on your variables, then updates those components as the variables change. This way, Svelte is reactive without having to rely on a third-party API.

In the example below, we declared the reactive variable doubled which will change only when the variable count is updated, so doubled is now tied to count variable.

The $ symbol in Svelte stands for Reactive declaration.

Compared to React, Svelte can be considered more reactive

I think everyone already knows that React is currently the most popular framework, which means that it has many more developers who communicate, discuss and argue about this technology.

There are many more such developers, so if you need to make a web application for a client, then finding someone to write this app using React is much easier than finding someone who will use Svelte.

Another important thing is that React is supported by the huge Facebook corporation, and does not intend to disappear in the near future.

Svelte, when it used to be a hobby project by Rich Harris, recently joined the Vercel team, which is a big plus and offers great prospects for this technology.

Also, according to the State of JS 2021 survey, newcomer Svelte takes the top spot as the most loved framework. React is the most wanted, desired by one in four developers.

Server-side rendering (SSR) is the process of rendering web pages on a server and passing them to the browser (client-side),
instead of sending to the browser simple HTML page with <div id="root"></div> and then pushing all content to that div with Javascript, as we would do it with React, we are sending a full HTML page, ready to be rendered in the browser with it's full initial page content. 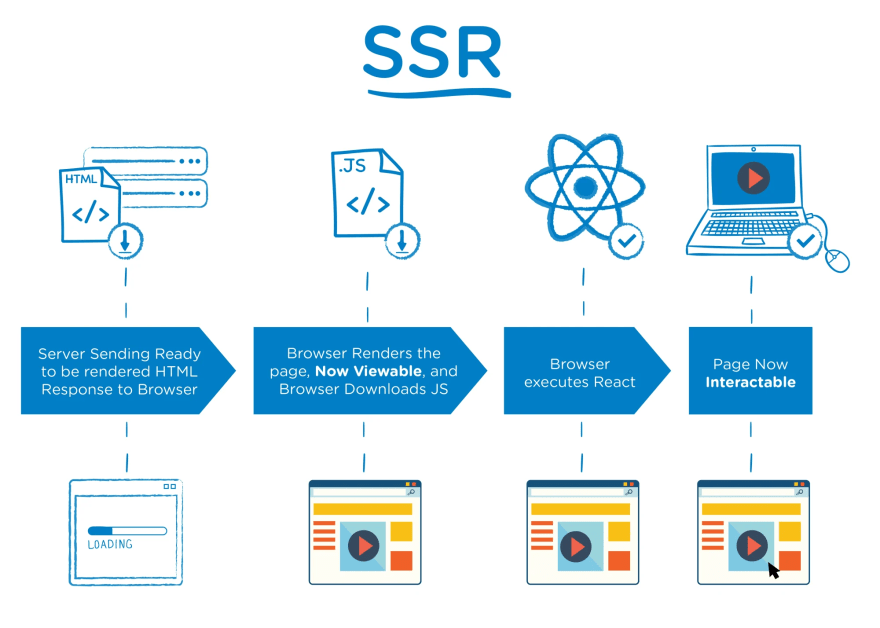 This approach is good for initial page loading speed and much better SEO. Also, SSR pages are optimal for users with a slow internet connection, because they can see the rendered HTML while the JavaScript is processing.

Next.js is a web development framework built on top of Node.js enabling React based web applications functionalities such as server-side rendering and generating static websites. React documentation mentions Next.js among "Recommended Toolchains" advising it to developers as a solution when "Building a server-rendered website with Node.js".

On the other hand Svelte with it's SvelteKit.

SvelteKit is a full-stack, server-side, pre-rendering application framework for Svelte that can output production builds to different environments.

Next.js is a great tool because it manages to reduce the big fat React library into smaller chunks and has many smart design decisions but some clumsy ones as well. The first or second js download is 70kb, but SvelteKits initial js downloads are a fraction of that by having more features built-in.

One more not less important thing is bundle-size, the smaller the bundle, the faster the page speed.

React has 42.2KB of gzipped version, but Svelte team did something unusual and made Svelte with only 1.6KB it is 26 times smaller then React, wow 😯.

At the end of this comparison, it may seem that Svelte is the winner, and many experienced developers say that the future is behind it. But it has to be taken with a pinch of salt, React is a good technology with a large community, and for Svelte to overshadow it, it still has a lot to grow and develop.

It would be a good advice to get familiar with Svelte and get something new out of it. 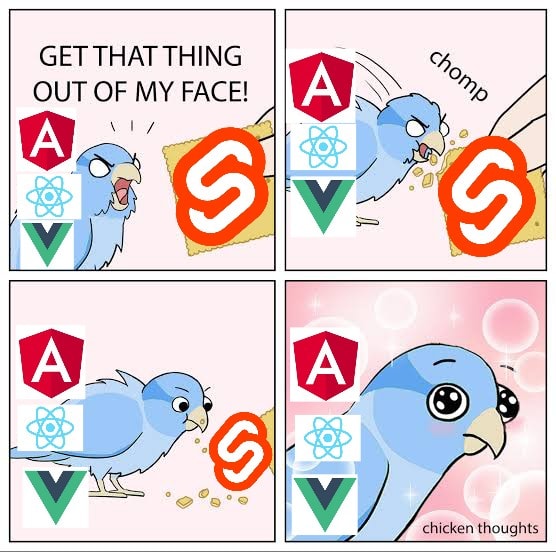 But as of 2022, the choice between Svelte and React in business will surely fall on React.

How to Make a Gaming Website Using Html CSS JavaScript

Once suspended, northwillov will not be able to comment or publish posts until their suspension is removed.

Once unsuspended, northwillov will be able to comment and publish posts again.

Once unpublished, all posts by northwillov will become hidden and only accessible to themselves.

If northwillov is not suspended, they can still re-publish their posts from their dashboard.