As I just finished my journey as MLH Fellow, I tried to look back where it all started, and trust me it is no more than a Thriller Movie with enough plot twists. Here is the back story of how I almost got selected for the first iteration of MLH Fellowship and missed it because of Gmail. 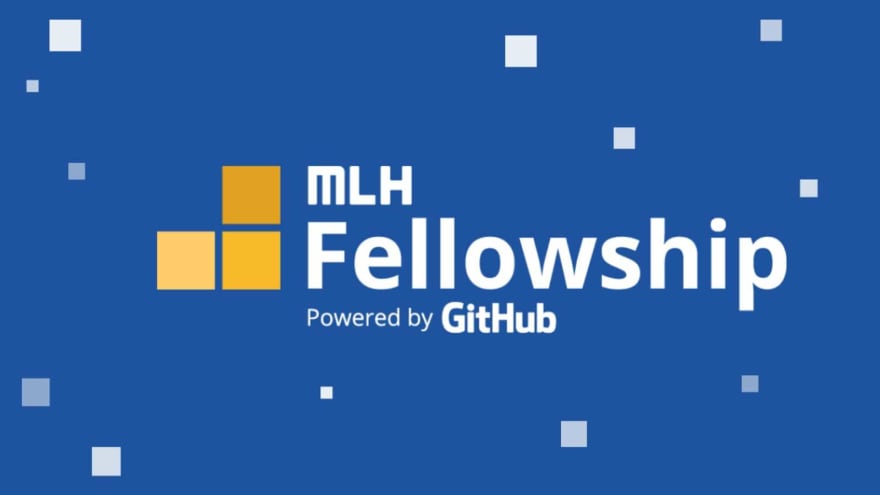 I’m writing about this today, because it is one of those phases of my life where I almost questioned my decisions and thought I need to change my paths. I want to look back and appreciate how I got through all of these. So sit back and watch me giving a walkthrough.

May 4, 2020: The day GSoC 2020 results were out. The first time in my life I cried the whole night for a failure that I never expected. It felt like something which is almost within my hands has been taken away. Maybe, at that instance, I haven’t prepared to face a negative result. And the other thing is I already missed few opportunities because of Covid and got rejected for 3 interviews just in the final rounds. Several other weird reasons added up and kicked the optimism out of me.

May 5, 2020: The exact next day morning. Holding up my self-confidence I started scrolling through my LinkedIn feed watching all the posts about GSoC selection. Suddenly one of the maintainers (Prudhvi Reddy) of the projects which I contributed before dropped a message about the opensource program from MLH. I went through the article in the dev.to and got to know this is something more exciting than other similar opensource programs. Without any second thought, I filled out the application form. All my hopes which buried into ashes the last night are live again. 😂

May 15, 2020: A message to schedule my first interview dropped into my Mailbox. I quickly filled in details and confirmed the slots. I got a slot on 20th and successfully finished my interview. It really went smooth and within no time I received a reply to fill in a form with details about my Github profile and asked me to submit one of my projects with a suitable tech stack mentioned. I know this form is for filtering students to technical interview, so I submitted one of the most popular projects I have worked on.

Everything is going super smooth. It was told to me that, I will be hearing back with a rejection or a call for a technical interview in the next 2–3 days.

May 23, 2020: It's already 4 days and I am really terrified, neither I got a rejection mail nor a call for the next interview. I became more scared and almost confirmed about rejection as I went through the Fellowship Reddit thread where people discussing their technical interview experiences and rejections. Until I realized that there is something to do with Gmail. 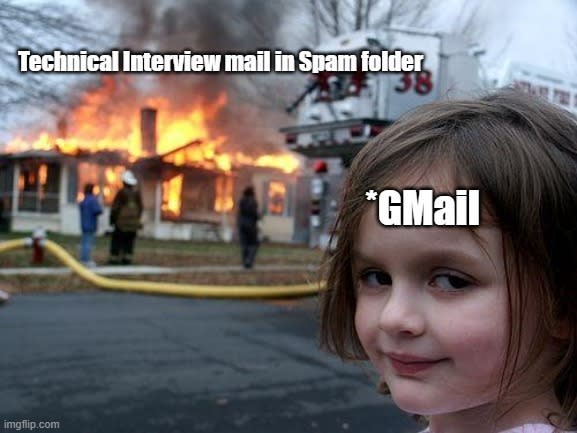 Later that night I realized that I received the mail for Technical Interview on the next day of my previous Interview itself, but it was landed in Spam 🤦‍♂️. I cursed my self so bad for not checking the Spam folder. I have no clue what to do next as there are no slots available for scheduling interviews as it's already the last day of the application period.

I tried my last luck writing to Mike Swift (The Founder and CEO of MLH) as it is no fault on both sides (coz, who expects a mail to attend interview lands in Spam). In no time I got a reply to schedule an Interview on the same day but as all the Interviewers are already away, Swift himself took my Interview. Yes! Mike Swift himself !!

Invitation to attend the Technical Interview

It was a 25min interview and it went really smooth. I was asked about a few of the code snippets from three of my projects on GitHub. Later we discussed few other things related to Fellowship and how unique it is from other opensource programs. Finally swift told me that I will either be accepted or will be on the waiting list as the spots are almost filled (as slots are allotted on a rolling basis for the students qualified in the tech interview) and MLH is looking for sponsors to make few more spots available. The final result will be sent to mail within a week.

Later that weekend, I received two emails updating me that I am still on the waiting list and I will be taken in if any of the accepted applicants opt-outs from the program. Finally, after a week I realized there is no way I will be in, as the Fellowship has already begun. This was another unusual failure and I am not sad this time.

Right from the next day, I started participating in every random hackathon every weekend. It felt like I want to do something to prove myself. Within 5 weeks I participated in 4 Hackathons and won 3 of them. I also got an Internship offer in an amazing Startup (called Atom) for SDE (Android) role. As it is my major tech stack I directly went in. I learned so many things and made several connections that I won't be forgetting in a lifetime. In short, it helped me to shape my development career. I also participated in many more hackathons in the meantime and won a handful of them. I will be writing a separate blog about that experience soon.

Four months passed by and applications for MLH Fellowship (Fall 2020) were out. I applied on the first day again but this time with a fresh new email 😅. (I don't want to land in the SPAM scene again). Turned out there is a plot twist again. But this time it's not from Gmail. 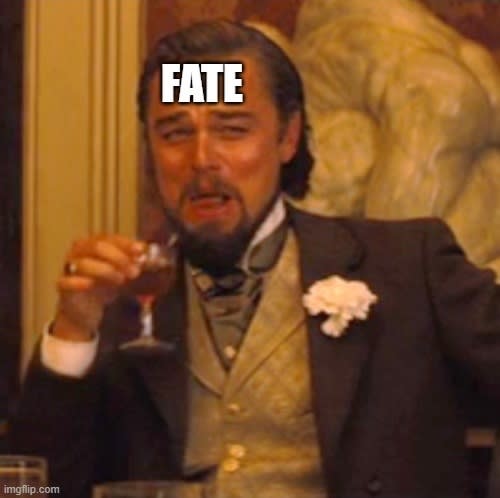 Later everything went super smooth and within the next few days I completed all my interviews and received this mail…..! Drum roll, please 🥁🥁🎉 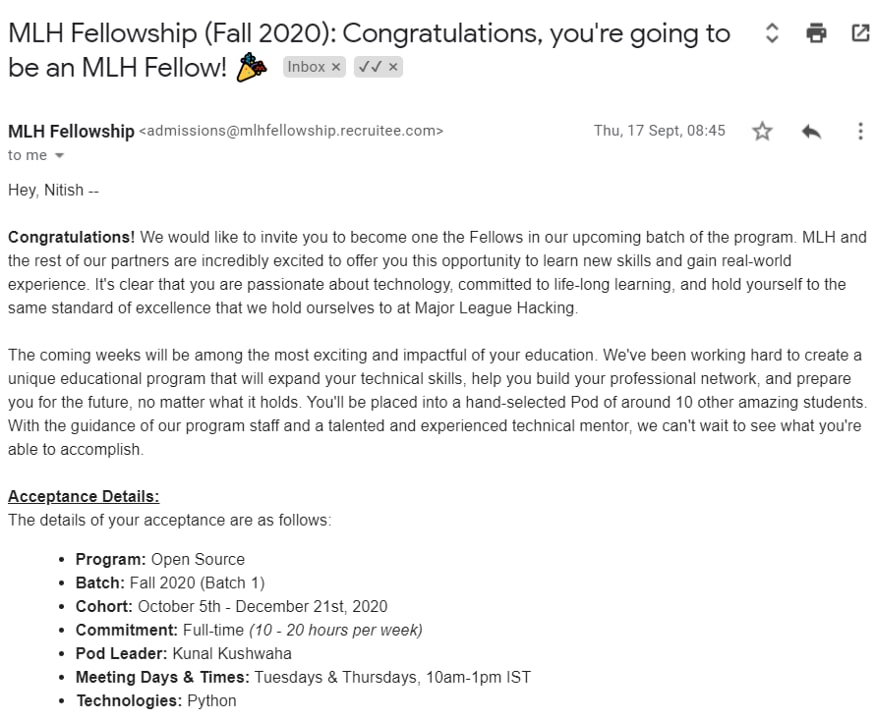 Frankly speaking, after all these hurdles and chaos I never expected this is coming. But it has come in and the next three months were some of the most memorable days in my life, I have made several new friends who helped me to explore a whole new world with several experiences that I surely might not be experiencing anywhere. Trust me MLH is just 💖.

Don't forget to read the next article where I described the journey in MLH Fellowship. It's more fun and interesting than this tragic article 💯. Something which you shouldn’t be missing. 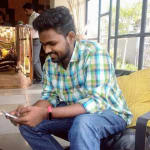 MLH Fellowship: Memories that I always love to bring back.

If you are someone who read all the way till here bearing my disastrous storytelling talent. Thank you! Reach me out with your suggestions, my inbox is waiting for your feedback 😁. 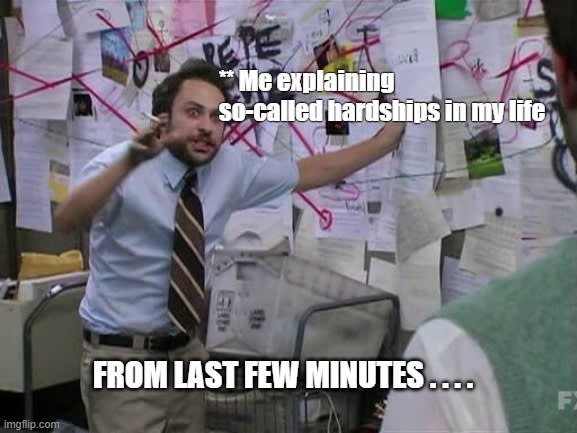 Consider these lines 👇 as post-credit scenes 😂 !!

Few of the instances might seem very easy to get through but they are some of those instances where I understood how hard it would be to get through failures and rise back. Most importantly to stay prepared for both success and failure. I always believe everything happens for a reason and this is one such phase that made my belief stronger. I would have missed exploring hackathons and also I would have completely missed the opportunity of working in an amazing startup (This is something I believe every developer must begin their career with) if I would have into GSoC or MLH Fellowship on the first attempt itself.

Finally, never take GMail for granted, always use a separate mail for careers and keep checking SPAM mail too…

11 principles to boost your learning practices

✅ Do You Have Any Questions For Me? | Facebook Behavioral (Jedi) Interview Series 🔥

How to Help Developers Work in The Flow