Are you working on multiple ReactJS projects with common dependencies? Then this article is for you.

When working on multiple projects or micro frontend apps, you need to install the same dependencies on every project, For instance, If you are working on 5 ReactJS-based projects, all the projects with same dependencies version and each project will have node modules folders, which occupy a large amount of disk space.

In this article, we can see how to resolve this problem using pnpm.

pnpm stands for performant npm. Which is a package manager for NodeJS based projects. which focuses on speed, and an efficient way of handling disk space. It is an alternative to npm and yarn.

By default, pnpm creates a symbolic link between the global store and the project node module. But you can see node modules occupies space in the disk for each project.

This is due to hard links, Hard links point to the same place where the original file is located. But only one copy of the dependency is kept in memory for a version. Refer to the below image

Common Dependencies of each React App

Note: All the dependencies will be placed in global stores, not individual projects. The above table is for differentiation.

pnpm is faster compared to other dependency managers as it doesn’t have blocking stages in installation. Each dependency has its own stage and the next stage starts as soon as possible, by installing each dependency individually. 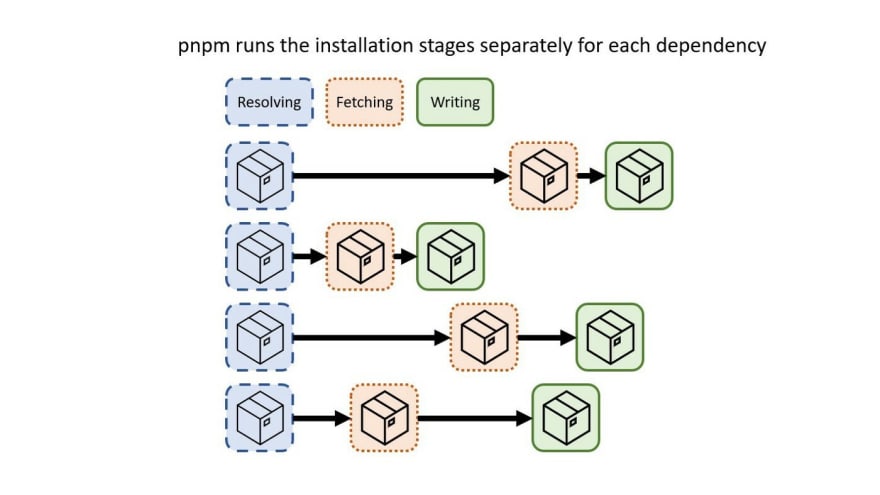 Benchmarks are given by the pnpm official docs using this package.json 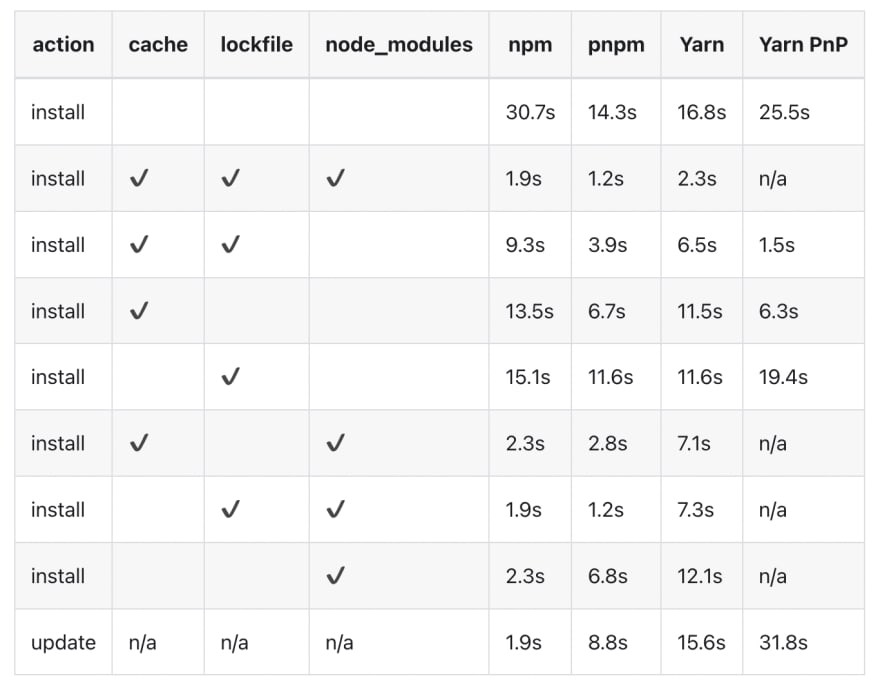 We can install pnpm globally using npm with the below command

We can install using homebrew with the below command

Install as a Standalone Script

We can use the below command to configure a react App

pnpm run -> Run the script in the package.json file

pnpm publish -> Publish a package to the registry

pnpm start -> Run a command in package.json to start the app.

pnpm is faster and handles the disk memory more efficiently than npm and yarn. This gives us lots of free space when working with multiple projects and micro frontend apps. Placing the dependencies on the global store and reusing it is more efficient, which other package manager misses.

VS Code Extensions I Use For Programming And Writing

Once suspended, nilanth will not be able to comment or publish posts until their suspension is removed.

Once unsuspended, nilanth will be able to comment and publish posts again.

Once unpublished, all posts by nilanth will become hidden and only accessible to themselves.

If nilanth is not suspended, they can still re-publish their posts from their dashboard.

Once unpublished, this post will become invisible to the public and only accessible to Nilanth.

Thanks for keeping DEV Community 👩‍💻👨‍💻 safe. Here is what you can do to flag nilanth:

Unflagging nilanth will restore default visibility to their posts.