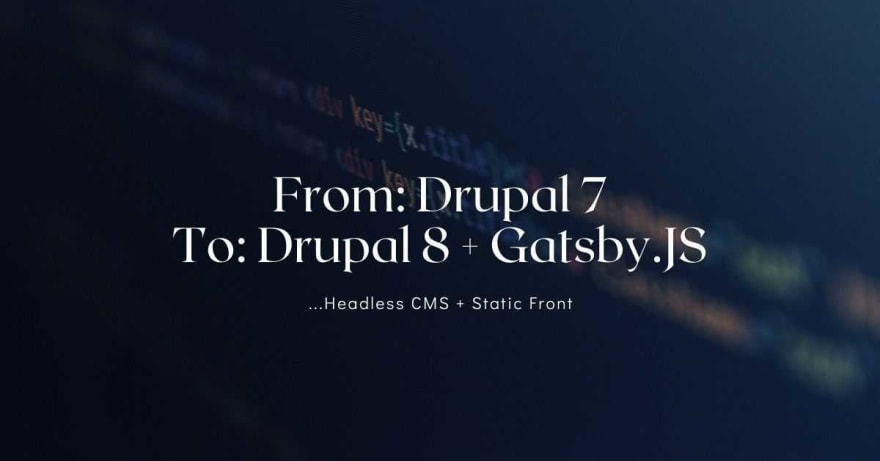 This post was originally posted on my personal / professional blog: Sergiu Nagailic - this is just a part of the full post.

Blog running on Drupal 7 (or any other CMS)

Running a self-hosted blog has its challenges - and I bumped into some of those eventually. Well, rather than running out of ideas / motivation or time to come up with new articles, I eventually had some technical problems: Updates & Security - being the most important one 🔑 👾.

If you’re using a self-hosted blog, you eventually will need to do constant updates. The more popular engine you’re using - the more risks of being hacked and the more up-to-date you have to be (especially if you’re running on Wordpress). I am kinda lazy, so eventually I skipped some big updates and my hosting got hacked. And this happened many times.

Many hacking waves are automated - they just crawl the web, identify Drupal websites and try commonly known exploits on them (that are documented everywhere), and if you’re not up-to-date, they breach-in. You can leave it hacked - but eventually someone will sell access to your hosting on the black-market and some shady things will start happening - in my cases I had some websites popping up on my VPS (I used DigitalOcean VPS) - and after making a backup of my website, I had enormous pleasure of destroying the Droplet with all the weird websites it had on it. 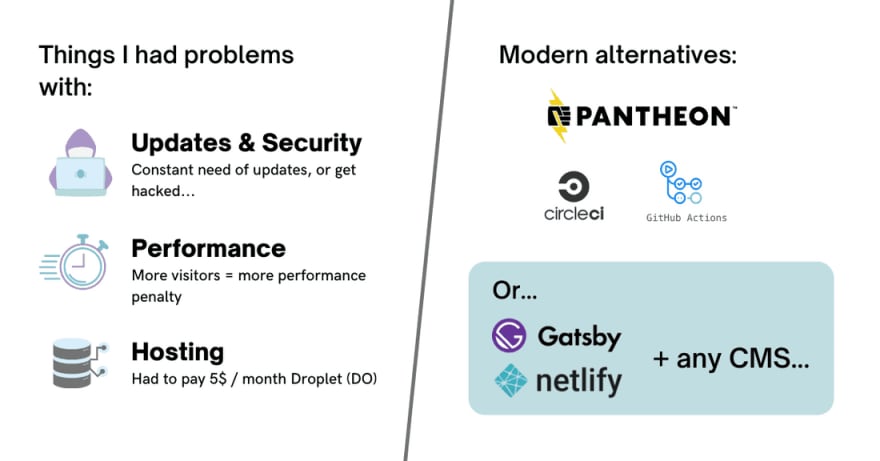 In modern days, there are ways one can automate this process, in example:

However, to me, these options are way overkill - I don’t want to pay extra for Pantheon, nor I want to write a CircleCI (or Github Actions) script or a crontab + shell script. Also I don’t want to constantly run updates locally and then deploy those (that’s why I got hacked in first place).

Building a client database of people in React