The year is 2022. We have plenty of WordPress starter themes aimed at creating a solid foundation and speeding up our development process for creating custom WordPress websites. WordPress Gutenberg editor has taken over the old classic editor and now we are building more sophisticated WordPress websites via blocks.

Theme Redone is the new theme starter on the block that focuses on the new WordPress concepts, Gutenberg blocks, and much more.

We've been developing the framework since 2020, and after more than 2 years, and a lot of polishing and documentation writing, Theme Redone finally took its form and we open-sourced it.

It is a solid starter for building Gutenberg blocks oriented websites in a standardized way.

We haven’t stopped at the theme on its own; We’ve spent more than a couple of months documenting everything in detail and writing solid documentation 57+ pages long. 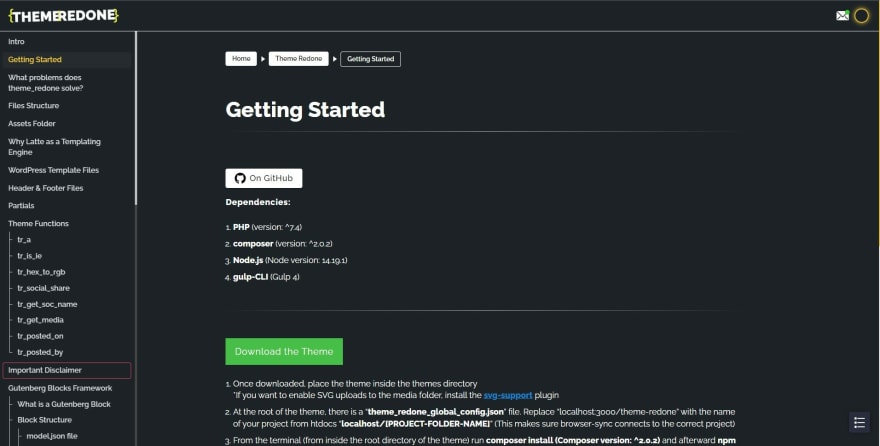 Along the way, we’ve polished the theme and tried to automate and cover as many repeating tasks as possible. We’ve also created a TRB CLI, which speeds up the Gutenberg Blocks creation and refactoring process.

MVC-ORIENTED APPROACH TO SEPARATE THE VIEW FROM THE LOGIC

We’ve taken the inspiration from Laravel and other similar projects that really approached this aspect of coding cleverly and made it a breeze to organize and reason about the code.

In Laravel, we would write plain old PHP for the logic, and then we would use Blade templates for the View layer, we also have model, view, and controller files to separate the concerns and organize code logically and efficiently. We have adopted that same approach but in the context of the WordPress environment. Conceptually, the way we organize code is similar to Laravel, but with a few differences...

Read more in our introductory post or check out the Theme Redone docs.

React, Vite and TypeScript: Get started in under 2 minutes

Bootstrap Is The Easiest Way To Style React Apps in 2023

Once suspended, nikola_wr will not be able to comment or publish posts until their suspension is removed.

Once unsuspended, nikola_wr will be able to comment and publish posts again.

Once unpublished, all posts by nikola_wr will become hidden and only accessible to themselves.

If nikola_wr is not suspended, they can still re-publish their posts from their dashboard.

Once unpublished, this post will become invisible to the public and only accessible to Nikola Ivanov.

Thanks for keeping DEV Community 👩‍💻👨‍💻 safe. Here is what you can do to flag nikola_wr:

Unflagging nikola_wr will restore default visibility to their posts.