A graph is a non-linear data structure consisting of a node (vertex) and edge. The nodes are sometimes also referred to as vertices and edges are lines or arcs that connect two nodes in the graph.

A vertex is said to be adjacent to another vertex if there is an edge connecting them: 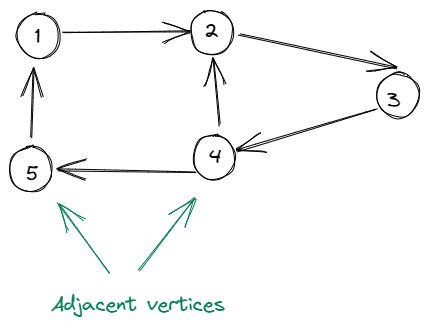 It’s a sequence of edges that allows you to go from vertex a to vertex b. In the illustration below, the path between vertex and vertex is marked in red.

A graph in which there is only one direction between two vertices. An arrow represents the direction.

A graph in which we can have two directions between two vertices, it’s represented by a line without an arrow.

if the edges in your graph have weights then your graph is said to be a weighted graph, if the edges do not have weights, the graph is said to be unweighted. Weight is a numerical value attached to each individual edge. In a weighted graph relationships between nodes have a magnitude and this magnitude is essential to the relationship we’re studying. 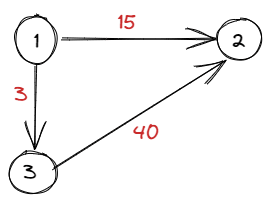 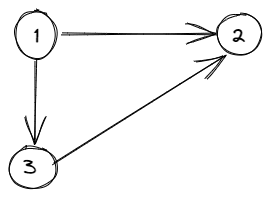 An adjacency matrix is a way of representing a graph as a matrix of booleans. A finite graph can be represented in the form of a square matrix the boolean value of the matrix is indicated if there is a direct path between two vertices.

If the cell at row i and column j have the value 1, it means that the node i and j are adjacent.

It's a way to represent a graph as an array of linked lists but since I mostly use javascript, I use the built-in Map and Set data structure instead of a linked list.

Like Tree, there is two way to traverse a graph, Breadth-first and Depth-first traversal. To keep this article as short as possible, those two traversals will be tackled in the different articles that will be published soon.

Well, we have learned a lot of things in this one, I hope you enjoy reading this as much as I enjoyed the writing process.

Once suspended, niemet0502 will not be able to comment or publish posts until their suspension is removed.

Once unsuspended, niemet0502 will be able to comment and publish posts again.

Once unpublished, all posts by niemet0502 will become hidden and only accessible to themselves.

If niemet0502 is not suspended, they can still re-publish their posts from their dashboard.

Once unpublished, this post will become invisible to the public and only accessible to Marius Vincent NIEMET.

Thanks for keeping DEV Community 👩‍💻👨‍💻 safe. Here is what you can do to flag niemet0502:

Unflagging niemet0502 will restore default visibility to their posts.