More than 17 million developers rely on the Postman API platform to design, build, test, document, deploy, and monitor APIs within a collaborative platform. Postman’s monitoring feature allows users to observe API performance and quality in detail, but downstream operations teams may only get a high-level view of API performance with metrics such as CPU utilization, memory consumption, and database throughput. Similarly, for developers to understand how a single API affects the overall application within a broader deployment, Postman needs to ingest contextual data for APIs from another telemetry source.

To solve these problems, New Relic and Postman have built an end-to-end integration so you can monitor the functionality and performance of your APIs and Postman monitors alongside the rest of your observability data. Now, you can get deeper pre-production API metrics down to the individual endpoint level. You can also use the two-way integration to receive contextual data about deployments from New Relic One in the Postman API platform.

The Postman and New Relic integration brings API observability data to developers and engineers where they already spend their time—whether they are DevOps engineers monitoring their stack in New Relic One or API developers seeking real-time application performance data in context of their API deployments in Postman.

To make it even easier to view your API data, we've also created a new quickstart in New Relic Instant Observability (I/O) that will help you get up and running faster with a pre-built dashboard that includes the API and infrastructure metrics you need in one place.

Here's an example of the Postman monitor dashboard in New Relic:

All developers can get started for free with New Relic and use the API monitoring feature as part of the more than 450 integrations included with New Relic's observability platform. Every new sign-up in New Relic receives 100GBs per month of free data ingest, one full platform user, and unlimited basic users, queries, dashboards, and alerts.

Benefits of the new integration and quickstart include: 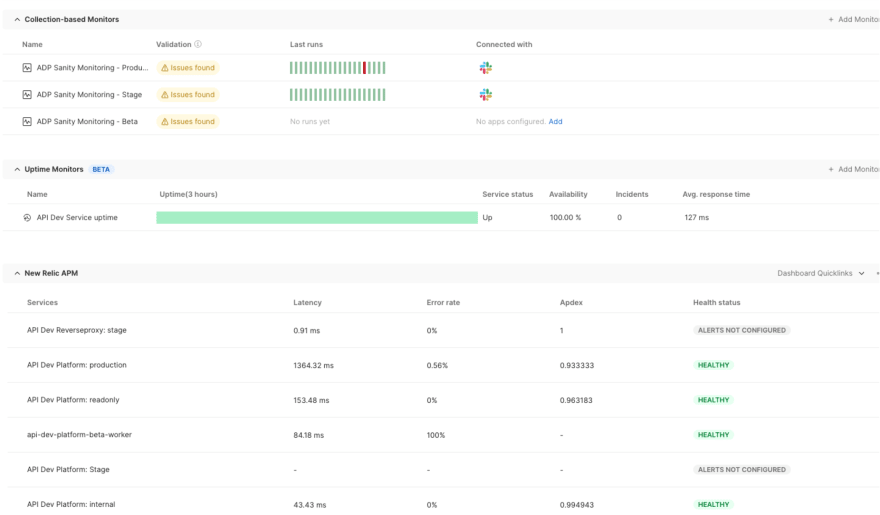 To start monitoring your API performance and visualize results from Postman monitors in New Relic, watch the following video or follow the steps listed after the video.

After you are finished, you automatically get a curated dashboard where you can see key API metrics from your Postman monitors.

The quickstart gives you everything you need to begin monitoring key API metrics in New Relic One. Optionally, you can also manually query, display, and alert on metrics from Postman. As soon as your monitor runs, Postman starts sending metrics data to New Relic.

Optional: To manually go through the process of viewing your metrics and building queries in New Relic One, select Browse data, then select Metrics and search for postman. You can use these metrics in the New Relic query builder or your NRQL queries. 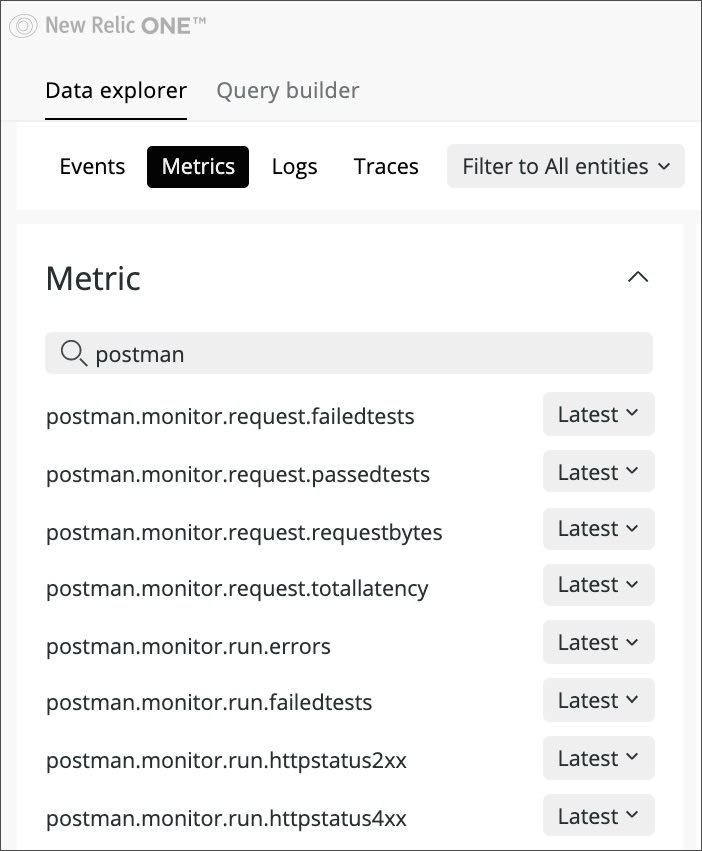 Several attributes such as monitor.name and request.id can also be used as dimensions. For example, you can group latency data by region:

Build APIs for the Web INSTANTLY with ASP.NET Core 6

How to improve your experimentation workflows with MLflow Tracking and ZenML