Natural language processing (NLP) is a subfield of linguistics, computer science, and artificial intelligence concerned with the interactions between computers and human language, in particular how to program computers to process and analyze large amounts of natural language data. Source: Wikipedia

It is most likely that you have used NLP in one or another way. If you have ever tried to contact a certain business through messages and got an immediate reply, probably it was NLP at work, or perhaps you have just gotten home from work, filled your cup with coffee, and asked Siri to play some relaxing seaside sounds. Without a doubt, you apply NLP.

Human language is very complex, filled with sarcasm, idioms, metaphors, and grammar to mention a few. All of these make it difficult for computers to easily grasp the intended meaning of a certain sentence.

Take an Example of a Sarcasm conversation:

John is sewing clothes while closing his eyes.
Martin: John, what are you doing, you're going to hurt yourself.
John: No I won't ,After a few moments, John accidentally injects himself with the needle.
Martin: well, what a surprise.

With Natural Language Processing(NLP)  techniques we can break down human texts and sentences and process them so that can understand what's happening. In this article, we are going to learn with examples about the most common techniques and how they're applied, we will look on;

Most businesses want to know what are the customer's feedback concerning their services or products. But you might find millions of customers' feedback. Analyzing everything is very painful and boring even if you are offered a large amount of money when you accomplish that. Sentiment analysis can be useful in this situation.

Sentiment Analysis is a natural language processing technique which is used to analyse positive, negative or neutral sentiment to textual data.

Businesses use sentiment analysis to even determine whether the customer's comment indicates any interest in the product or service. Sentiment analysis can even be further developed to examine the mood of the text data (sad, furious, or excited). 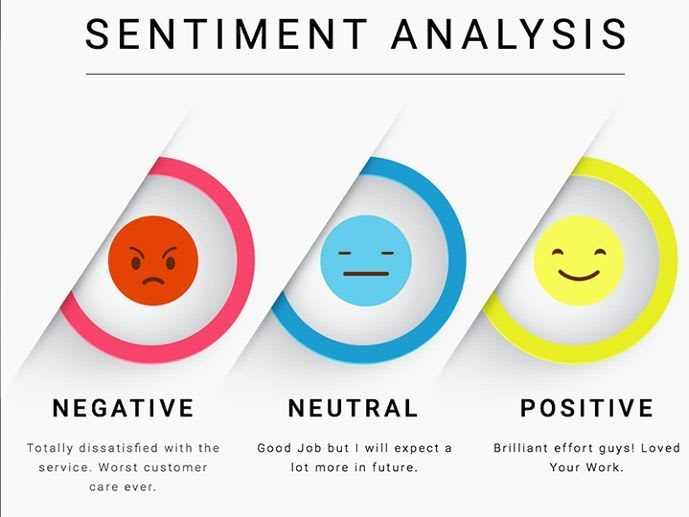 To accomplish this, let's use the hugging face transformers library. We are going to use a pre-trained model from hugging face models called "distilbert-base-uncased-finetuned-sst-2-english"

Once the library is installed, completing the task is quite simple.

The above code will import the library and use a default pre-trained model to perform sentiment analysis.

The output shows that the sentiment of the user's comment is POSITIVE and the model is 99.9772% sure.

Text classification also known as text categorization is a natural language processing technique which analyses textual data and assigns them to a predefined category.

Spam emails occasionally arrive in your mailbox. When you click on one of these links, your computer may become infected with malware. Therefore, practically all email service providers employ this NLP technique to classify or categorize the email as either spam or not.

To effectively categorize your incoming emails, text classifiers are trained using a lot of spam and non-spam email data.

Let's try to create a simple text classifier to classify whether the text we input is spam. We are going to use the TextBlob library to achieve this.

Let's create some training data to train our own classifier.

Now, let's import our classifier from the TextBlob library and train it with our created training data. We are going to use NaiveBayesClassifier

After our training is complete (which might take less than two seconds according to your computer), we will input our text to see if it works.

Our simple model correctly identified our message as "spam," which it is.

Text summarization is a natural language processing technique for producing a shorter version of a long piece of text.

Let's imagine that when you are drowsily sleeping, your boss sends you a message telling you to read a specific document. The document is ten pages long when you check it. For you, text-summarization might be a ground-breaking concept.

Text summarization models often take the most crucial information out of a document and include it in the final text. However, some models go so far as to try to explain the meaning of the lengthy text in their own words.

For this, we'll also make use of the transformers library.

Then we are going to use the "summarization" pipeline to summarize our long text.

The lengthy text can then be copied and pasted from anywhere for summarization.

Have you ever heard fanciful tales about how a particular firm listens in on all calls, chats, and online interactions to see what people are saying about it? Well, "if" this is true, one of their strategies might be named entity recognition. Because NER is a natural language processing technique that identifies and classifies named entities in text data.

Named entities are just real-world objects like a person, organization, location, product, etc. NER models identify ‘Dar-es-salaam’ as a location or ‘Michael’ as a man's name. 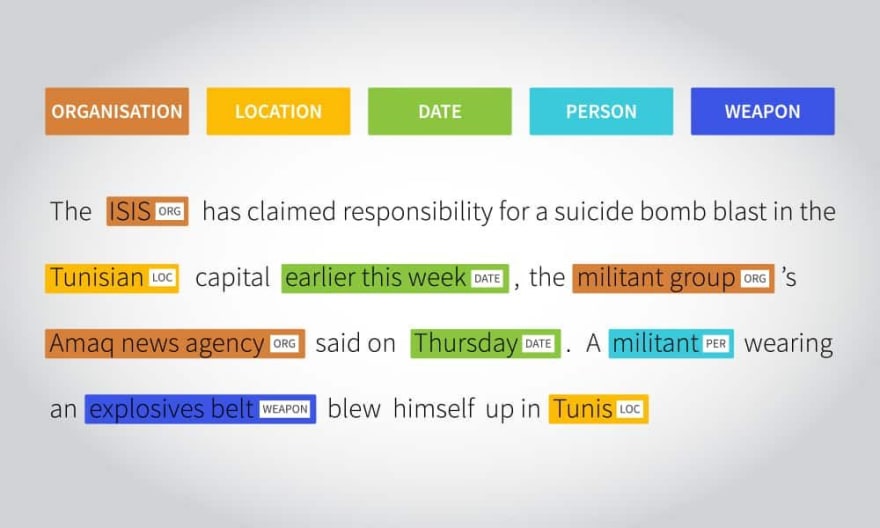 We will use the SpaCy library for this task. We need to install it and download an English pre-trained model to help us to achieve our task faster.

We are going to import the spacy library and then load the model we downloaded so we can perform our task.

After loading our model, we can simply input our text and spacy will give us named entities present in our text.

The output shows different entities detected by spaCy with their respective labels.

NOTE: If you didn't understand the meaning of an abbreviation in spaCy, you can use spacy.explain() to explain its meaning.

The good news is that it's simple to get started with these techniques nowadays. Large language models like Google's Lamda and GPT3 are available to aid in NLP tasks. You may easily construct helpful Natural language processing projects with the use of tools like spaCy and hugging face.

Use Stable Diffusion openvino with poetry

Building the Data API for MLOps — 4 years of lessons learnt

Once suspended, neurotech_africa will not be able to comment or publish posts until their suspension is removed.

Once unsuspended, neurotech_africa will be able to comment and publish posts again.

Once unpublished, all posts by neurotech_africa will become hidden and only accessible to themselves.

If neurotech_africa is not suspended, they can still re-publish their posts from their dashboard.

Once unpublished, this post will become invisible to the public and only accessible to Elia.

Thanks for keeping DEV Community 👩‍💻👨‍💻 safe. Here is what you can do to flag neurotech_africa:

Unflagging neurotech_africa will restore default visibility to their posts.