DEV Community is a community of 618,163 amazing developers

Git toolbox provides multiple unique tools for fixing up mistakes during your development. Commands such as git reset, git checkout, and git revert allow you to undo erroneous changes in your repository.

Because they perform similar operations, it is very easy to mix them up. There are a few guidelines and rules for when each command should and should not be used. Let's take a look!

Be careful! You can't always redo after an undo. This is one of the few areas in Git where you may lose some work if you do it wrong.

I will start off by clarifying the main differences between these three commands.

Every command lets you undo some kind of change in your repository, only checkout and reset can be used to manipulate either commits or individual files.

Scenario: Image that you did git push in hotfix branch for commits you didn't want to make yet.

Solution: The safest way to fix this is by reverting your changes since it doesn't re-write the commit history.

Result: You have successfully undone committed changes! Everything that was changed in the old commit will be reverted with this new commit. Git forces you to commit or stash any changes in the working directory that will be lost during the checkout. 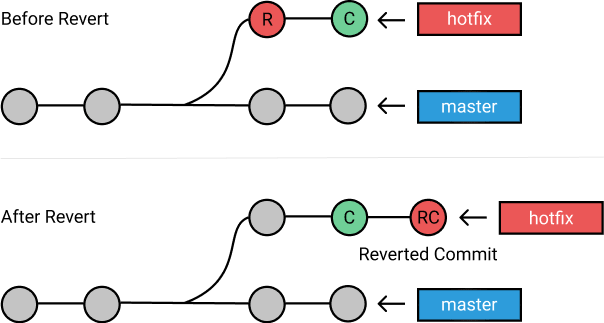 Scenario: You started working on a feature, but you didn't like the end result. These changes haven't been **shared* with anyone else.*

Solution: You want to undo everything in that files to the previous state, just the way it looked in the last commit.

Result: File file_name.rb has been reverted to a state previously known to Git. Note that this removes all of the subsequent changes to the file!

You can use git checkout branch_name to switch between branches. Git forces you to commit or stash any changes in the working directory that will be lost during the checkout operation.

Scenario: You've made some commits locally in the hotfix branch but everything is terrible! You want to remove the last two commits from the current branch.

Solution: Reset the hotfix branch backward by two commits as if those commits never happened.

Result: Your git repository has been rewinded all the way back to the specified commit. Those left out commits are now orphaned and will be removed the next time Git performs a garbage collection. For now, then their contents are still on disk. 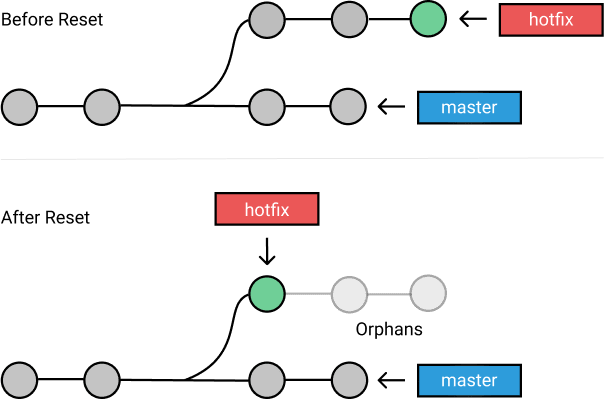 You can tell Git what to do with your index (set of files that will become the next commit) and working directory when performing git reset by using one of the parameters:

There are two additional things that can come in handy during your Git adventures.

Scenario: Everyone makes typo mistakes when writing commits and this is completely fine! It can be easily fixed before you do a git push.

Scenario: You have done a git reset --hard for some unwanted changes, but then you realized that you actually needed them.

Solution: git reflog comes to your rescue! It is an amazing command for recovering project history and it can recover almost anything.

Hope this three tools will help you whenever you need to undo your recent changes.

This article is originally published on Kolosek Blog.

Is there any way to show gitlab contribution in github?