I made a goal for 2022 to master the fundamentals.

Remember being a kid and building sand castles at the beach? Only to come back after a few hours and see the whole thing being washed away? The issue was with the foundation. Turns out sand doesn't really stick together for long, particularly if you add water. This is exactly what most developers are trying to do these days and at times I have found myself guilty as charged... Learning framework after framework, constantly adding new things on top of weak foundations. But, no matter how tall the castle is, if the foundations are built of sand, they will be washed away in a matter of seconds.

No matter how many new shiny JavaScript frameworks we will see out there, the foundational piece will still be a JavaScript bundle that gets shipped through HTTP to a browser.

Scope means variable access. What variable do I have access to when a code is running? In Javascript by default, you’re always in root scope i.e. the window scope. The scope is simply a box with a boundary for variables, functions, and objects. These boundaries put restrictions on variables and determine whether you have access to the variable or not. It limits the visibility or availability of a variable to the other parts of the code. You must have a clear understanding of this concept because it helps you to separate logic in your code and also improves the readability. A scope can be defined in two ways –

Example: The code given below will give you an error because “name” is defined within the boundary (local scope) of the showName() function. You can not have access to this variable outside the function.

Now, take a look at the code given below and see how you can access the variable “name” defined in the local scope.

As the name suggests IIFE is a function in Javascript which immediately invoked and executed as soon as it is defined. Variables declared within the IIFE cannot be accessed by the outside world and this way you can avoid the global scope from getting polluted. So the primary reason to use IIFE is to immediately execute the code and obtain data privacy.

A lot of developers get unexpected results when they are not clear with the concept of hoisting in Javascript. In Javascript, you can call a function before it is defined and you won’t get an error ‘Uncaught ReferenceError’. The reason behind this is hoisting where the Javascript interpreter always moves the variables and function declaration to the top of the current scope (function scope or global scope) before the code execution. Let’s understand this with an example.

Example: Take a look at the code below.

The above code is not giving an error and you get the output ‘A-oo-oo-oo-ooo! Woo-oo-oo-ooo!’ in your console. This is hoisting in javascript.

A closure is simply a function inside another function that has access to the outer function variable. Now, this definition sound pretty much straightforward but the real magic is created with the scope. The inner function (closure) can access the variable defined in its scope (variables defined between its curly brackets), in the scope of its parent function, and the global variables. Now here you need to remember that the outer function can not have access to the inner function variable (we have already discussed this in the scope concept). To sum it up: Closures can be defined in simple terms as “a function run, the function executed. It’s never going to execute again but it’s going to remember that there are references to those variables so the child scope always has access to the parent scope.”

A promise may be in three possible states…

You can use Async/Await to perform the Rest API request where you want the data to fully load before pushing it to the view. For Nodejs and browser programmers async/await is a great syntactic improvement. It helps the developer to implement functional programming in javascript and it also increases the code readability.

Example: Check out the below code. 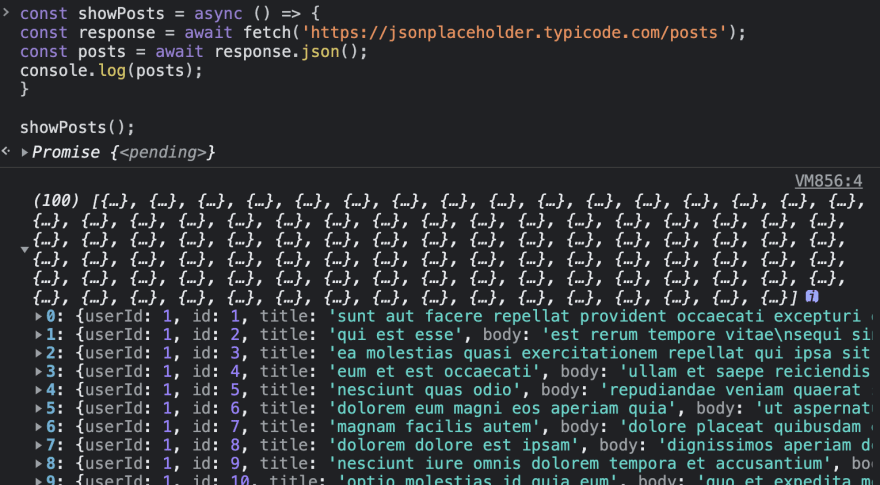 To notify JS that we are working with promises we need to wrap ‘await’ inside an ‘async’ function. In the above example, we (a)wait for two things: response and posts. Before we can convert the response to JSON format, we need to make sure we have the response fetched, otherwise we can end up converting a response that is not there yet, which will most likely prompt an error.

I hope this helped you in some way. This leads me into a question:

What other concepts are a must know for any Javascript developer?

Must read for JS devs:

Solving day 04 of Advent of Code 2022 in JavaScript

Once suspended, nathannosudo will not be able to comment or publish posts until their suspension is removed.

Once unsuspended, nathannosudo will be able to comment and publish posts again.

Once unpublished, all posts by nathannosudo will become hidden and only accessible to themselves.

If nathannosudo is not suspended, they can still re-publish their posts from their dashboard.

Once unpublished, this post will become invisible to the public and only accessible to Nathan Orris.

Thanks for keeping DEV Community 👩‍💻👨‍💻 safe. Here is what you can do to flag nathannosudo:

Unflagging nathannosudo will restore default visibility to their posts.