Glance at the OAS

OpenAPI Specification (formerly Swagger Specification) is an API description format for REST APIs. An OpenAPI file allows you to describe your entire API, including:
• The available endpoints (URLs) and methods (e.g. GET, POST, etc.)
• The input and output for each endpoint
• The authentication methods 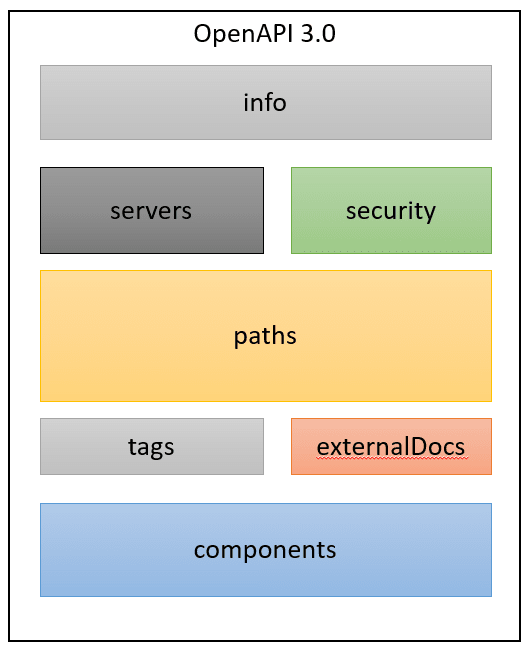 In addition to documenting the API, an Open API specification can also be used to generate documentation and client code. Many API management tools support the Open API specification, which makes it easy to create and maintain APIs.
Some of the main component of OAS are path, parameters, responses and security.Each of them are JSON object that holds properties and array.
The info field contains high level information about the API, version of the document, license, contact, and description.
The server field describe the root endpoint for the API, later using for construct the entire URL from the path.

The Path Object holds the individual endpoints and their operations. Then the path is appended to the URL from the Server Object in order to reconstruct full URL.
For example here is a POST request to /pet path.

The OAS can be written in JSON format or YAML.
Let's explain this JSON code from the official swagger web site .

Many more pathways, as well as extra HTTP method operations for the same path, would most likely be defined in an OpenAPI specification.

OpenAPI and Swagger are two popular frameworks for defining and documenting APIs. Both are open source projects and are widely used in the API community.

Swagger started as an open source project in 2011. It was acquired by SmartBear in 2015 and renamed to OpenAPI Specification. 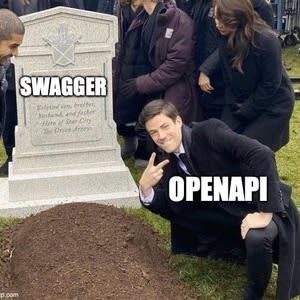 OpenAPI Specification is now managed by the OpenAPI Initiative, which is hosted by the Linux Foundation.

OpenAPI Specification (formerly Swagger Specification) is an API description format for REST APIs. An OpenAPI file allows you to describe your entire API, including:

Swagger is a set of open-source tools that use OpenAPI Specification to help you develop, document, and consume REST APIs. The Swagger tools include:

The ability to use the vast tools ecosystem that surrounds OpenAPI is a significant advantage.
Many open-source and commercial tools assist API developers in developing, testing, documenting, and generating support code for their API.
I've selected some of the most popular OpenAPI tools in a few key areas below.

Since the rise of cloud computing about a decade ago, there has been an explosion of accessible technology.
Developers working hard to make things better, cooler, or slicker.
It's difficult to keep track of tools as they change and others arise.
In addition, because adopting new tools takes time, it becomes important to vet new tools for usage.
It is no different in the API design environment.
🧪 Testing: Postman, Citrus, APIFortress, Postwoman, Everest.
🐞 Validation: OpenAPILint, Spectral, CherryBomb.
🧰 Editors: SwaggerHub, Visual Studio Code extension, KaiZen OpenAPI Editor, Stoplight, Insomnia Designer, Optic, and Curio.
📄 Documentation: Swagger UI, Widdershins, and openapi-viewer.
♾️ Code Generation: OpenAPI-generator, swagger-node-codegenGoogle Gnostic, and Gen.

My next article will be on generating an OpenAPI Specification.
Give us a star at https://github.com/blst-security/cherrybomb

Why the WP file editor is insecure

Use NextAuth to authenticate API requests