Today I'm gonna tell you why the "No usable version of the libssl was found" error happens and show you how to solve it.

Link to the video: https://youtu.be/EbEzgxLi8YY

Why The Error Happens

So first think first, let me tell you why this happens.

.NET Core, among the other things, relies on some OpenSSL libraries. 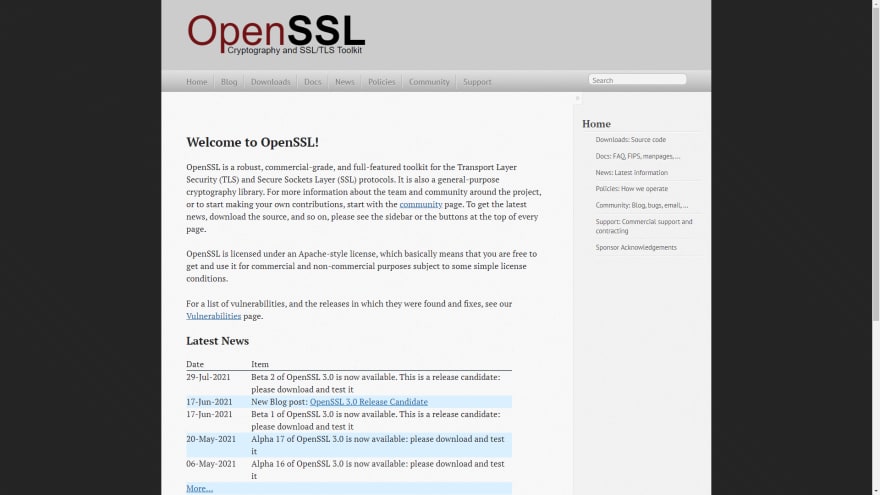 OpenSSL is one of the most common cryptographic libraries used on Linux, and it has multiple versions. Version 1.0 is kind of old, but still heavily used, while 1.1 is the newer version that was relatively recently released.

The problem is that versions 1.0 and 1.1 are not compatible. An application that expects 1.0 cannot build against 1.1, nor run against it.

Many Linux distributions are starting to make OpenSSL 1.1 the new default instead of the version 1.0

And here is the problem: .NET Core 2.1, and all earlier versions, only support OpenSSL 1.0.

How to Solve it

The simplest one would be to upgrade to a most recent version of .NET Core.

And I'm not talking about major upgrades, you don't need to go all the way to .NET 5.

Luckily for us, the .NET team has updated .NET Core 2.1 to support the version 1.1 of OpenSSL.

And doing this in Actions or Pipelines is very simple. Just change the version of .NET Core in the Setup task and you are done.

If for any reason it is not possible for you to use the newer version of .NET Core, there is still one more thing you can do.

Even tho as I've said before Many Linux distributions are starting to make OpenSSL 1.1 the new default, most of them still have a package for 1.0.

So you just need to find and install that.

On CentOS and Fedora for example it's called compact-openssl10. For openSUSE, instead, it's libopenssl1_0_0. Finally, for Ubuntu and Debian we have the libssl-dev.

After installing the older version of the library, .NET Core will find it, pick it up and use it automatically.

And this of course can be done locally on your machine, but also on the CI agents in Azure Pipelines and GitHub Actions, simply using a script task or action.

Let me know in the comment section below if you have any more questions about fixing this problem.

Also, check out this video in which I show how to use GitHub Actions with the .NET Framework.

Introduction to C# Classes and Constructors

How to use Angular content projection to prepare a burger

An implementation for Umbraco BlockList