While in 2020 I graduated from KIT with a Master's – which I am extremely thankful about – there even was another graduation for me a bit earlier. In 2018 I obtained the Udacity Android Developer Nanodegree and here is my final project.

QuizNerd is a multiplayer quiz game developed for programmers and IT enthusiasts. You can challenge your friends and compete in matches that consist of a large variety of different programming questions.

🤓 A multiplayer coding quiz game for developers. Challenge your friends, compete in matches and test your skills in various programming languages.

My implementation of the final Capstone project from the Udacity Android Developer Nanodegree Program, which I was able to participate in thanks to a scholarship by Udacity and Google . 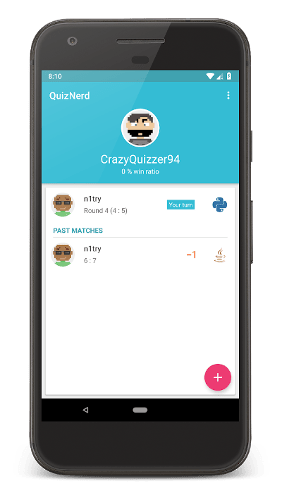 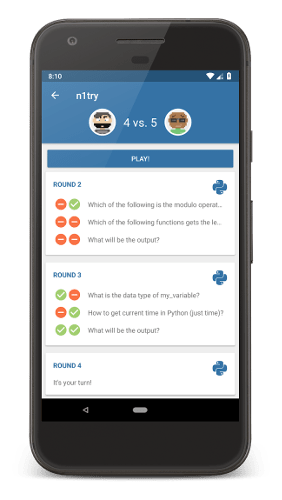 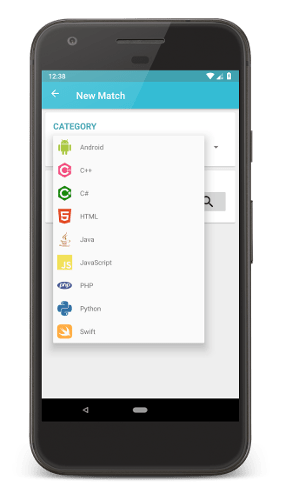 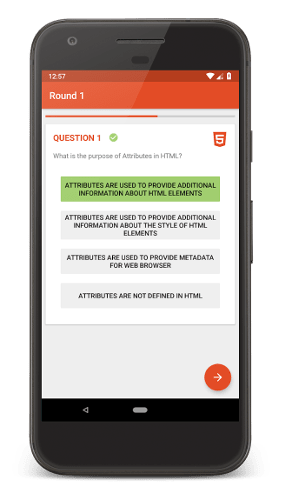 QuizNerd is a multiplayer coding quiz game developed for programmers and IT enthusiasts. You can challenge your friends, compete in matches and test your skills in various programming languages.

The Udacity course gave some requirements and restrictions on the technology to use. Projects had to be implemented in native Android with Java and had to make use of at least two Google services / libraries. Therefore, the tech stack for this project is:

It's a native Android app, written in Java. I did not use any architectural framework, but only plain Android APIs and a few common libraries like Apache Commons, OkHttp 3, Project Lombok (must-have for any Java project if you asked me) and the usual Android support libraries. As a backend it uses Google's Firebase and the pixely, nerdy avatars are generated by a great open-source web service called DiceBear.

While creating this project, I learned a lot about using Google's cloud service on the one hand. On the other hand, I got familiar with publishing and maintaining an app on Google's public app store.

Although this project is not directly related to my studies at university, I probably would not have been able to realize it without them. Studying at KIT has sparked a whole new fascination for software development for me and all the knowledge I gained – including theory, practice and soft skills – got me where I am now. I encourage anyone to never stop learning!

How I use ChatGPT to create a game

6 ways we improved our documentation in 2022

Ferdinand Mütsch
I like Java, Go and all other kinds of things
Exploratory Analysis on GitHub Data
#python #datascience #github #showdev
QuizNerd - A quiz app for developers
#showdev