In this article, we'll explore how you can easily update npm packages used in your application without worrying about breaking the application functionality.

So let's get started.

Semantic versioning is such an important thing that, every developer needs to understand it whether you are a Node, React or Angular developer.

It’s also one of the frequently asked interview questions.

It defines how to manage the dependencies of npm packages that we install.

So let's understand some basics.

When we create any new Node or React project from scratch we execute the following command:

This will create a basic package.json file where we can manage the dependencies of packages. 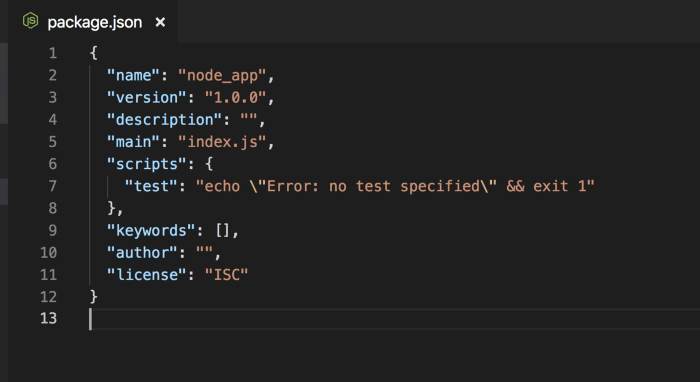 As you can see, package.json has a specified version property that starts with 1.0.0 for a new project.

Let’s say we install the specific version of the express package using:

It will get added to the dependencies section of package.json as:

Also, you will see that a new package-lock.json file will also be created. It's a very important file that contains the exact version and download URL of the main package and its dependent packages installed.

You should never edit or delete the package-lock.json. It will be updated automatically when packages are installed or removed.

As you have seen, the dependencies mentioned in package.json file is an object with key-value pairs.

The value is a combination of 3 digits separated by the dot operator. Let's say the version is a.b.c.

If you are creating your own npm packages, you should also follow these version rules.

If there is a major change in the package, increment the 1st digit of the version property in package.json by one while publishing the package to the npm repository.

You can also notice that there is a caret symbol (^) just before the version number.

There are two mostly used symbols that have specific meanings. Let’s understand them.

Note that, If there is a ^ symbol before the version number, the package will never be updated to a major version if you run npm update command.

If you want to install the latest available version of the package execute:

You can install only those versions which are provided by that npm package (express package in our case).

If you go to the npm repository of the express package HERE, you can see all the versions of the package If you click on the 264 Versions tab. In this case, 264 versions as of today. 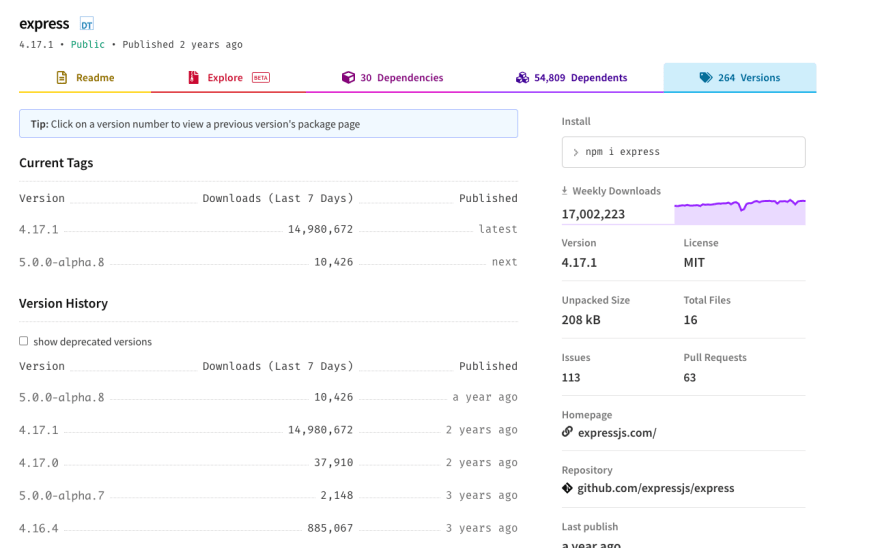 You should run the npm audit command for your project once in a while, to see if there are any vulnerabilities reported recently and fix them whenever required to keep the packages up-to-date for the security of your application.

In this course, you will learn:

and then finally we'll build a complete food ordering app from scratch with stripe integration for accepting payments and deploy it to the production.

Want to stay up to date with regular content regarding JavaScript, React, Node.js? Follow me on LinkedIn.

How to learn React - The Effective way

To the VSCode Extensions I Love the Most