Hi! As I said in my previous post, I have completed hacktoberfest as a contributor to other repos. But I didn't even start as a repo maintainer. Even before Hacktoberfest has started, I prepared some issues and labeled them with hacktoberfest label.
But it is October 12 already, but I didn't get any PR's, issues, or anything(maybe except for a star or a two).
Could you please tell me what am I doing wrong as a repo maintainer preventing contributions?
My previous post about my repo: 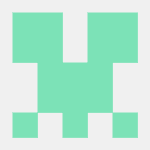 Why Use Python for Startups?

The advantages of using Python for building your startup

I built an IT security nightmare discord bot