It's a thing that lets you assemble words using only the symbols on the Periodic Table. It's a console app and it's purty.

I've never committed to Python 3 before. I moved away from using Python in my day job a long time ago. But since 2 got deprecated, it's time to dive in. And you know what? It's not a big leap, and it's a nice warm pool.

I got the bug back from attempting Advent Of Code in Python this year.

I started out with the data as a JSON file, which I imported like this:

but I'm still not sure how that works with distributing a package. So I converted it to a python module (which given that Python dictionaries are basically JSON was trivial)

I learned a few things:

This has been my first venture into Github projects with a README that contains images, and I'm not totally happy with it. I have to:

I went with option 1 because it's simplest. I don't think I like any of them, though.

I used to have a periodic-table shower curtain and I'd read it while in the bathroom. I'd try to come up with as long a word or phrase as possible. 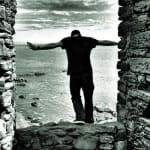 Say "hello world" your own way.

I write essentially the same program in whatever language I'm learning. I've done it in C, PHP, Javascript, Perl and Haskell (though I've lost most of the code as the years passed)

Where is this beast?

You can see roughly what it does from an online version moopet.net/periodic

This isn't running the same code, or even in Python. It's PHP if you must know.

Ben Sinclair
I've been a professional C, Perl, PHP and Python developer. I'm an ex-sysadmin. Back in the day, I had a geekcode which I'm not going to share with you. 418 I'm a teapot.
Automagically un-collapse Jira comments
#productivity #showdev
Embedding code in posts
#a11y #showdev #ux