So you have a robots.txt and a sitemap.xml and a LICENSE and a README and so on. But do you have anything for us humans?

If you couldn't guess, humans.txt is named in response to the familiar robots.txt file, and like its sibling it lives in the root of your website. As such, it doesn't tend to exist in non-web projects.

What's it for? It's for you. You can put anything you like in it - that's what it's for:

Remember not to slag off your employer, and don't include this file at all without the client's permission.

Here's one of mine: moopet.net/humans.txt

Once upon a time, someone said the biggest question they had when checking out a new project was how it got its name. You know, like everyone always asks about why the O'Reilly books have animals on their covers.

often, i wish there were a file in OSS called ORIGINSTORY.md, explaining why you named your project as such, what puns you tried to play on

Here's one of mine: moopet/burdock/[...]/ORIGINSTORY.md

To be honest, ORIGINSTORY.md doesn't have a lot of representation yet - but you can help to change that. Everyone likes a little trivia, right?

Friend-Of-A-Friend still exists, but it never reached the kind of critical mass you'd need to make it really seem worthwhile. It's another layer of interconnectedness between articles and authors and subjects and you-name-its; it's much more complex than the other static files. As another hypertext-specific file, it's not relevant to non-web projects. 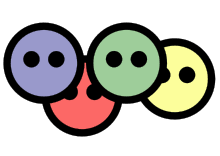 Cover photo by doctor_bob at morguefile.com

A misunderstanding of ______ brought down all of the Internet

Ben Sinclair
I've been a professional C, Perl, PHP and Python developer. I'm an ex-sysadmin. Back in the day, I had a geekcode which I'm not going to share with you. 418 I'm a teapot.
What's the nicest thing anyone's said to you, as a developer?
#discuss #culture #mentalhealth #workplace
What was the last accessibility ticket you worked on?
#a11y #culture #discuss
What are your resolutions for 2019?
#discuss #culture #learning

Once suspended, moopet will not be able to comment or publish posts until their suspension is removed.

Once unsuspended, moopet will be able to comment and publish posts again.

Once unpublished, all posts by moopet will become hidden and only accessible to themselves.

If moopet is not suspended, they can still re-publish their posts from their dashboard.

Once unpublished, this post will become invisible to the public and only accessible to Ben Sinclair.

Thanks for keeping DEV Community safe. Here is what you can do to flag moopet:

Unflagging moopet will restore default visibility to their posts.