When I started learning about NFTs, I joined a whitelist hunting group, which I initially thought was to guide newbies into the NFT space. Then, the members began sharing invites to discord servers to get whitelisted.

First, I didn’t know what a whitelist meant, and when I joined one of the discord servers, I became confused about what happened there.

Still, I tried following the instructions on the server, but I started seeing people’s names with verified icons, and some people were requesting to get whitelisted. I got tired of the whole process because everything was looking too complicated.

Later on, I decided to take my time to understand the whole context of whitelisting and how to use discord to get whitelisted. I also learned other things like NFT minting, which this article covers below.

What is a whitelist?

A whitelist is a list owned by the NFT project that contains the list of people that have access to an NFT project before it goes public. Let’s say that there is a party that starts at 9:00 PM, but some people would be on a particular list that have access to enter the party earlier than the time speculated. In that scenario, those particular people are on the whitelist.

The people on the whitelist have authorized access to mint an NFT at a cheaper rate before the NFT is released into the market.

What does it mean to get whitelisted?

If you get whitelisted, your wallet address will be put on the list owned by the NFT project so that when it’s time to mint, you will have access to mint the NFT for free or at a very low price.

Just the way a preorder is usually cheaper than the actual launch price, being whitelisted gives you access to buy a presale of an NFT before launch or before it goes into any secondary market.

Why should I want to get whitelisted?

You should aim to get whitelisted for apparent reasons because you can get the NFT at a very low price. For some whitelists, you only need to cover the cost of the gas fee, and you get access to the NFT, e.g., the Arbitrum trend.

How do I get whitelisted?

To be whitelisted, you may be required to complete specific tasks and challenges assigned by the NFT project. Some NFT projects also organize events like as competitions, quizzes, and so on. Rumble is also popularly used to get whitelisted.

Tasks the admins of the NFT project might want you to do include:

Discord is a chat app initially intended for use by gamers for VoIP (Voice-over-Internet Protocol), but it has gained more popularity as the NFT hype came along. Now people join Discord servers of NFT projects to get whitelist roles.

Why are projects using discord for their NFT whitelisting process?

One major reason is the anonymity you can maintain while on Discord. You don’t have to reveal any information to join discord servers, and you can also talk openly without fear of being bullied or receiving racist comments. The admins are there to kick out anyone who violates the rules of the community. Furthermore, the servers can accommodate a large number of people. As a result, NFT projects use Discord for their whitelisting activities.

How to use discord?

If you do not yet have an account on discord, you can create an account here or download the app on your phone or your pc.

How does discord work?

Communities for NFT projects are hosted on Discord servers.
This is what a discord server looks like:

Discord's servers are like virtual environments. Specific communities and friend groups create them. The vast majority of servers are modest and only accessible by invitation. Some of the larger servers are open to the public. Any user can create a new server and invite their friends to join it for free.

On the Discord server, channels are similar to group conversations. Discord servers are divided into text and voice channels, each of which is dedicated to a certain topic and has its own set of rules. There can be multiple channels on a Discord server, depending on the admins. 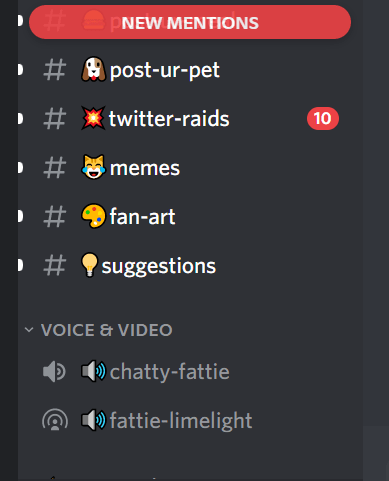 On role creation and getting a whitelist role

The admins of the server can create roles depending on what they want to do, and the admins decide the names to give the roles. A role is like a position you have in a discord server. Those roles are given to people by the admins of the NFT project.

Examples of roles commonly assigned to members by the admins are WL(whitelist) roles and OG roles. You can get a whitelist role by doing the things they tell you to do. OG roles are usually assigned for the first people to enter the discord channel, e.g first 50 or first 25 to join the discord channel.

The OG role is also given to people who are immensely contributing and helping out and improving the community. They are popular on the server, and the developers on the admin server recognize them. There are benefits of OJ roles (for instance when people on whitelist roles are only able to mint one NFT, people with OG roles will be able to mint two or three NFTs).

Note: One important thing to note is that you need to ensure you follow the rules and regulations on the discord servers. You also have to ensure that the Discord server you are joining is credible. If you heard of the Iconics NFT rug pull, you would know how important it is.

What's the next thing to do after I get the whitelist role?

When you get your whitelist role, the next thing you must do depends on the discord server admins. They might create another channel for you to submit your wallet address or do a pre-minting where you have to connect your Twitter account and your wallet address to get verified.

When you get a whitelist role, you have to do one of these stated above. And it would be best if you did these things within the time they tell you or before mint-day, depending on the server. If not, even if you still have the whitelist role, you won’t be able to mint when the minting day comes because they register the wallet addresses to their website so that only eligible people will be able to mint the NFTs.

How do I mint an NFT?

When you want to mint an NFT, you pay for the minting and gas fees. They are fees paid separately. But nowadays, there are some NFTs that allows you mint freely (which means you don’t have to pay a minting fee, but you will still pay for gas fees). The gas fees are present because you are signing a contract under blockchain(Eg. Ethereum).

After Minting the NFT what Next?

After Minting the NFT, you can decide to sell the NFT, or you can choose to let it grow in value before you sell the NFT later on. The concept of buying and selling is called NFT flipping.

On using Burner Wallets to prevent getting Scammed

If you heard about the Iconics NFT rug pull scam that wiped all the money people had in the wallet address they connected the NFT to their wallet, you would understand how important it is to have a separate wallet for transactions that will only have things like gas fees for transactions and the likes.

Creating a separate wallet for storing your NFTs and your coins, of which I advise you to have more than one wallet, Just in case you submit your wallet address and it gets wiped by an illegal smart contract, you would not feel too bad because you only had your gas fees and minting fees in that wallet.

Feedback on idea needed: web3 startups apply to hire you at your desired salary

Get hourly data from Coingecko API