It's time for part 2 of my JavaScript Basics series! This week we are reviewing closures. I think it is very likely that many beginner programmers understand this concept, but might not recognize that we call this functionality a closure. Let's dig into the definition of a closure and explore some examples.

MDN defines a closure as "the combination of a function and the lexical environment within which that function was declared." Great..but can we simplify even more into layman's terms?

Let's look at some examples: 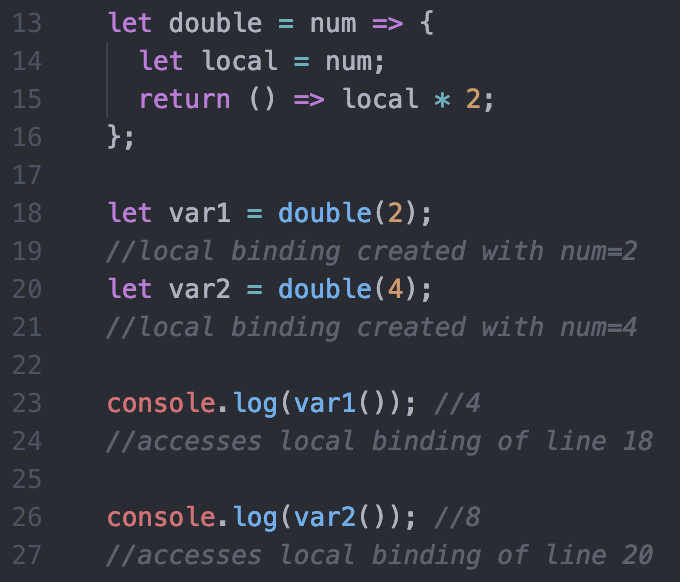 The next example is a tad more complex. It considers both an outer and inner function, but this time the inner function takes in an argument. The objective of this code is to build a DRY function that creates a blueprint for multiplication. We can bind this function to a factor (ex: 5) and then reuse over and over again passing in different numbers. 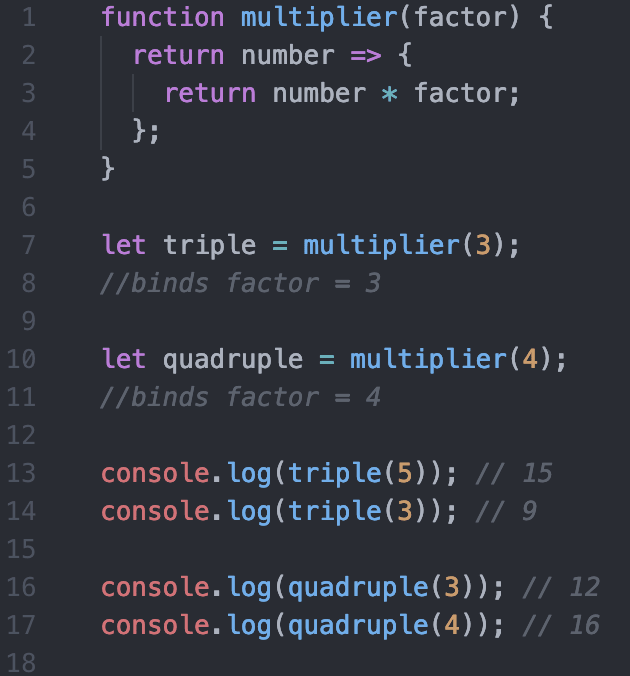 functions see the bindings in which it was created, not called

I hope this article helped to provide some more explanation around what a closure is. Feel free to comment below with feedback, examples of when you've used closure, or any additional tips!

How can open source contributors and maintainers engage in a respectful ongoing relationship?

Nobody Knows HTML (Except Me)

Get more type help from VS Code