In 2012, two years after graduating college, I was working as an options trader. I had just gotten married and my husband and I had just moved into a beautiful new house with our two adorable dogs. Life was great! But things didn't stay that way for long.

Around March of that year I started to get restless. Work was fine, but it wasn't fulfilling. I started reading about all these tech startups and how they were changing the entire landscape of the internet. THAT sounded exciting to me. Much more exciting than taking bets on which way the market was going to swing on any given day.

In April, my husband got sick. He ended up in the hospital with pneumonia for 3 days. While sitting in the hospital with him, reading Hacker News and reflecting on how short life is(because that is what everyone does in a hospital!), I made the decision to change my career. After I had made the decision personally, I of course had to tell my husband. I was terrified of what he was going to think.

Not only would I be leaving a steady job, but that job was working for my father-in-law's company! I would be turning down working in the family business to go work in a world I hardly knew anything about. Even typing this out now, I'm not sure how I was able to make such a bold move.

Luckily, my husband was supportive. He thought I was nuts and was going to regret it, but he agreed to support me.

Before I could make the leap though, I wanted to have some sort of plan. I started brainstorming ideas for websites I could make. I ended up landing on a website I called WaterCoolerMeetings.com. Go ahead, check it out, it really is something...special 🙈. The purpose of it was to connect mentors with mentees. Think LinkedIn, but with human interaction as the number one goal. With idea in hand, I found the Michael Hartl tutorial for building a Twitter app, and like any good novice, built the twitter app to use as a base for my website.

Shortly after starting my new website, I gave my 2 week notice at work. The day I did it, I felt physically ill. Not only did I have to give notice to my direct boss, but prior to that, I had to sit down and tell my father-in-law. The enormity of the decision was overwhelming. I was leaving an incredibly stable job(hello! I was working for me father-in-law's company, I mean, the job was "won't ever be fired" stable!) to hack on a website and learn Ruby on Rails. Despite the nerves, I ripped the bandaid off!

My husband and I had savings, so me losing my salary would not be a huge deal for a little while. How long I would be without a salary, I had no clue. That part was not really planned.

After quitting, I dove head first into coding. I worked tirelessly for 3 months building WaterCoolerMeetings.com into the best site possible. Nights and weekends, I was consumed with coding all the time. Despite loving what I was doing, it wasn't long before I started to feel isolated. I didn't know anyone else in the industry. I was not on Twitter. There were no supportive groups that I knew of to ask for help. I began longing to be a part of a team and that is what led me to start looking for my first dev job. I wanted something that would allow me to learn from and work with other people while working on WaterCoolerMeetings.com on the side.

When I started job hunting, my first resource was the Hacker New's jobs page. I went there and started skimming the postings. Most the jobs at the time were for companies in San Fransisco. Ideally, I wanted something in Chicago, so the first Chicago posting I saw, I jumped on. One small problem though, they wanted a full time web developer and I knew I was far from that. Regardless, I emailed them anyways to see what they thought about taking on a junior. Low and behold, they were open to it! I went and interviewed and got an offer for a paid internship with option to hire after 6 months.

I also applied to another company in San Fransisco. That job was my dream job! However, after flying all the way out there on my own dime for an interview, I was rejected because I was too junior. At the time, I was devastated. But, as my Mom says, "Everything happens for a reason!" I ended up taking the job at the Chicago company and boy am I glad I did.

I hustled like crazy for 6 months and it all paid off when I was hired full time after my internship. That company, and the 3 guys I worked with there, laid the foundation that my career has been built on. I could never thank them enough for all they taught me.

Now I am sure you are thinking, what happened to my side project. Eventually, like all good side projects, WaterCoolerMeetings.com fell to the side as I devoted myself more and more to my new job. For the first time, I was a part of a very tight knit team and I was embracing every aspect of that.

Looking back on all of this now, I shake my head and smile at how naive I was about everything. However, that unbridled enthusiasm is what helped get me my first dev job. I had no idea how crazy it was for someone with only 3 months experience to apply for a spot on a 3 person dev team. Don't let preconceived notions or assumptions ever stop you! Be bold, go after every single lead you can. Meet all the people you can and embrace every new connection. You never ever know which one might lead to the opportunity of a lifetime.

I can now say, with 100% certainty, that I have no regrets. For the first year or so it was touch and go. It wasn't until after two solid years that I was no longer looking back. If you just took that leap and are terrified that it might turn out badly, HAVE FAITH! If you choose to become a developer because you like a challenge, because you like to build things, because you want a career that gives you the tools to do just about do whatever you want, then you are on the right path! Keep honing those skills, tackling new challenges, and meeting new people and you will find your spot in this incredible technical world! 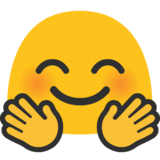 What are some misconceptions about web development?