We all love Docker right, but I am certain at one time it got you frustrated as it recently did to me too. So the server that hosts our docker images was running out of space to due to the amount of stale/dangling/old containers that were not used any more. I was on clean up missing until I got the dreaded error:

I tried every trick I got from duckduckgo, StackOverflow, GitHub issues but none of them did what I wanted, which was to just delete only the images I wanted including obviously the parent image. Most of the answers I got where advising one to just remove all images and start afresh that did not seat well with me. How can a problem so simple be solved with that amount of aggression? 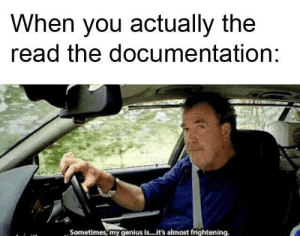 Then finally decided to read the Docker docs...

The code below only outputs all docker images matching a given IMAGE name pretty-print the outputs (Repository, Tag name/id, Date created) of images over a week old then aggressively removes them which leaves rest of your images are safe, pheeewwww...

Has this solution saved you some time? Let me know in the comments!

What Status Page Provider or Project Do You Recommend?

What status page provider or project do you recommend?

Using Nix to deploy a Haskell web app to Heroku