Finally the the SharePoint Server 2019 RTM version has been announced, and we can now take a look of what the new version brings to the On-Premises world of SharePoint. Not much has changed since the announcement of SharePoint 2019 Preview but still there is a lot of good stuff brought to this new SharePoint Server release.

SharePoint has come a long way and it is nothing but amazing to see the constant innovation that Microsoft has been introducing to the platform over the years!

The previous release, SharePoint 2016, has brought us several major improvements over its predecessor (SharePoint 2013). Here are some of its main features:

Three years have passed with lots of new features released to SharePoint Online and it is time to take a look at what Microsoft is bringing us with the new SharePoint 2019 Preview release.

Lets’ take a look at the major features that the new version will bring!

The main focus of the new release is no doubt the inclusion of major parts of the Modern Experiences already available in SharePoint Online, bringing a responsive user experience and allowing access to SharePoint 2019 from any device (PC and mobile devices). Here are the major new features that were announced and that will be included in SharePoint 2019:

The following features are not going to be available, possibly in future Feature Packs:

As expected, some of major features in Office 365 will not be available and will remain as cloud only offerings:

The major difference between SharePoint 2019 and its predecessor is that it will include some of the major UI improvements already available in SharePoint Online. One of its core components are the Modern Team Sites. Team Sites have always been the major collaboration tool in SharePoint and will continue to be so but now with a modern and responsive user experience, allowing users to easily collaborate and share information within Teams and the whole organization. This is how a new Modern Team site will look like: 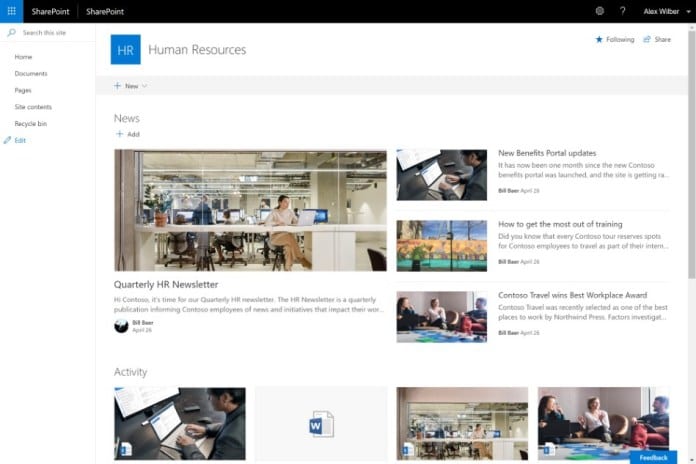 Another major piece of the modern experience that will be included in SharePoint 2019 are the Modern Communication Sites. While Team Sites are all about collaboration and mainly people working on SharePoint Lists and Libraries and sharing information between them, Communication Sites are all about user engagement and having a way to easily share relevant information in an engaging way with a whole department or the entire organization. While in Team Sites, most users are active contributors, in Communication Sites most users will be consumers and there will be a restricted set of users that will publish information for a department or the entire organization to consume. This is how a new Modern Communication site will look like: 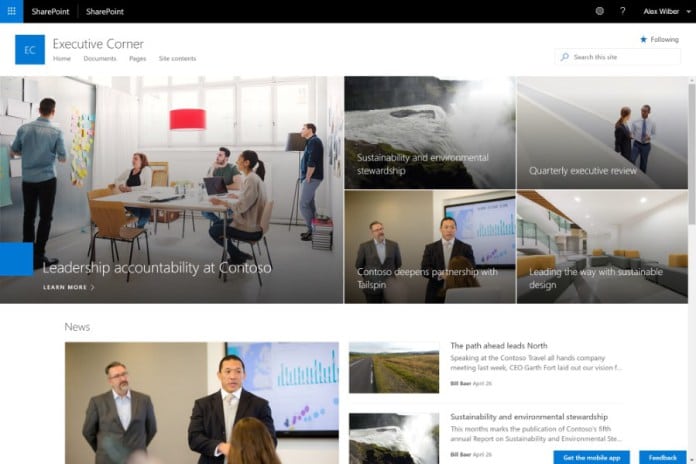 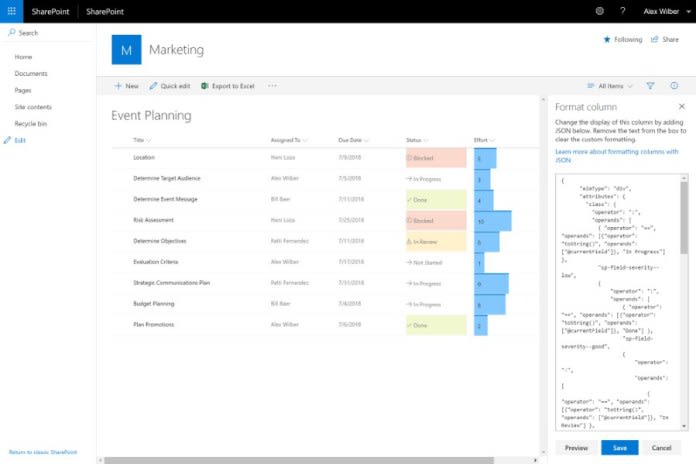 One of the major advantages is the possibility to easily format column data using the conditional formatting features already available in SharePoint Online. Other major improvements that will be available later this year or in 2019:

Libraries are the other main collaboration feature in SharePoint, allowing users to work on files (and add metadata) and easily share them with other colleagues in the organization. Modern Libraries will bring the same modern experience already available in SharePoint Online and will allow users to easily sync their files with their computers using the latest version of OneDrive for Business, thus allowing users to work offline and sync files to SharePoint once they get back online. This is how a Modern Library will look like: 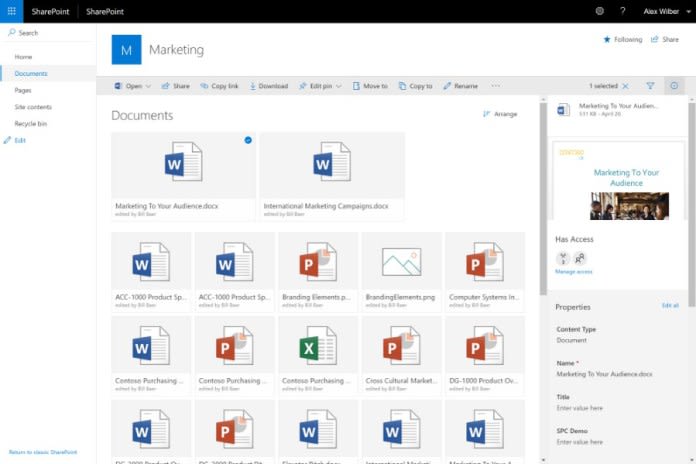 To read all about the new features included in SharePoint 2019 in a greater detail, click here.

Democratizing AI: Navigating the Challenges of AutoML for Citizen Developers

Once suspended, mlisidoro will not be able to comment or publish posts until their suspension is removed.

Once unsuspended, mlisidoro will be able to comment and publish posts again.

Once unpublished, all posts by mlisidoro will become hidden and only accessible to themselves.

If mlisidoro is not suspended, they can still re-publish their posts from their dashboard.

Once unpublished, this post will become invisible to the public and only accessible to Miguel Isidoro.

Thanks for keeping DEV Community 👩‍💻👨‍💻 safe. Here is what you can do to flag mlisidoro:

Unflagging mlisidoro will restore default visibility to their posts.