Before you start reading it, We have discussed intro about tree and binary search tree here

We talked earlier, when we were looking at the syntax tree of an expression, how we could evaluate the expression by working our way up from the leaves. So that would be one way of walking through a tree in a particular order so we could evaluate. Another example might be printing the nodes of a tree. If we had a binary search tree, we might want to get the elements of a tree in sorted order.

There are two main ways to traverse a tree.

Today, I am going to discuss DFS... DFS can be traversed in different ways (In Order, Pre Order and Post Order)

So, we're going to have a recursive implementation
1-where if we have a nil tree, we do nothing
2-otherwise, 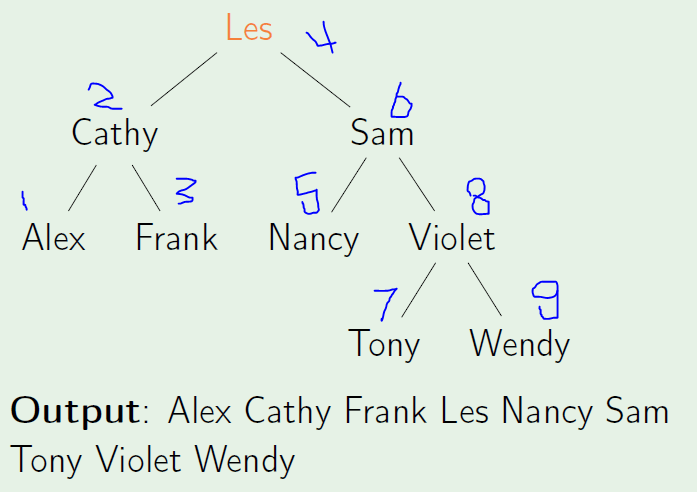 We've got our binary search tree. And we're going to look at how these nodes get printed out if we do an in-order traversal. So to begin with: 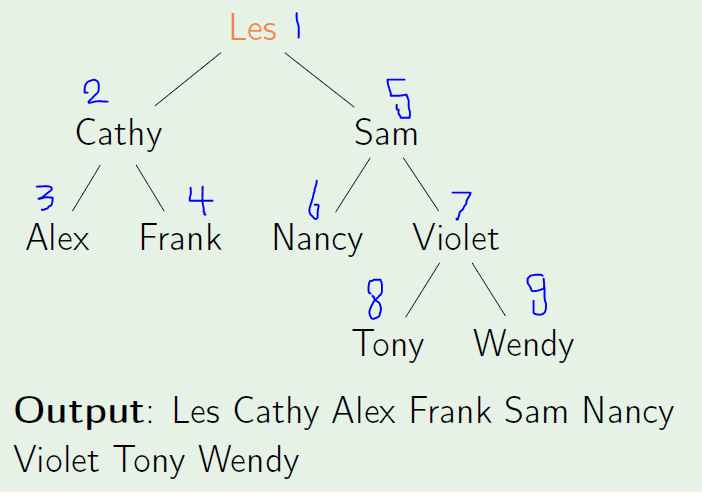 So here the pre-order traversal says, we're going to go ahead first if it's nil we return. We print the key first, that is, we visit the node itself and then its children. 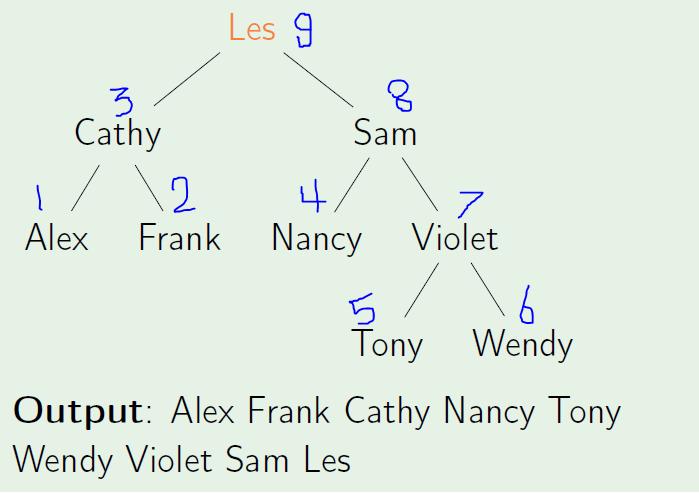 And here then, what's the last of these notes that's going to be printed?? Well it's actually going to be Les, because we're not going to be able to print Les until we've finished

One thing to note about the recursive traversal is we do have sort of under the covers, a stack that's being used. Because in a recursive call, every time we make a call back to a procedure, we are invoking another frame on the stack. So we are saving implicitly our information of where we are on the stack.

Finally … Here is the repo, You can find all source code in c++.

Next, I am going to discuss BFS.

All About Merge Sort Algorithm