1. Convert Python2 code to Python3 with 2to3

How many times did you turn down a python script just because it was written in Python2? 2to3 converts Python2 code to Python3.

2. Create an HTTP server with http.server

Place your index.html file and start a local webserver.
In the same directory as the index file, run:

I like to deal with most of my developer things inside the terminal, as it is generally faster to implement. Ever had to deal with JSON in your terminal? You must have if you used curl before. 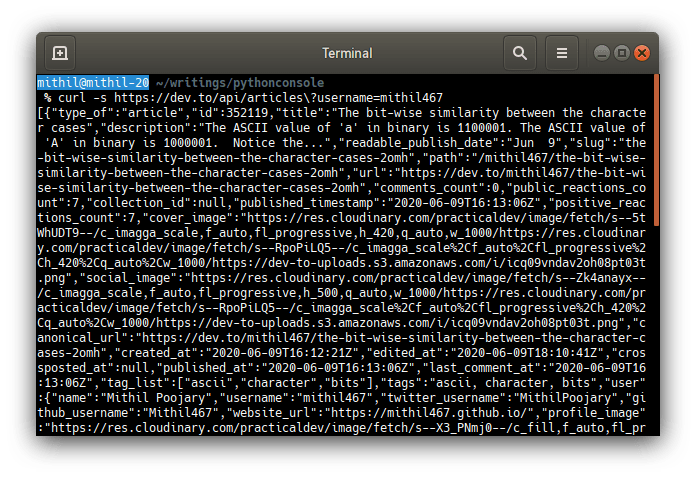 The output is not pretty printed and it's impossible to make anything out of the result. Python's json.tool has got your back! 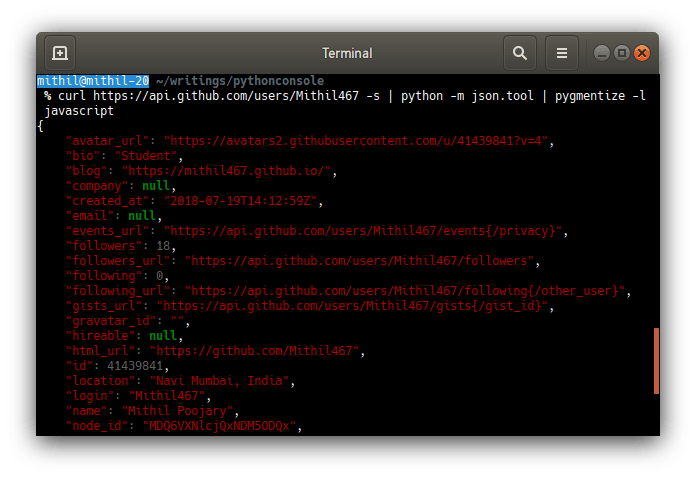 I further piped the output to pygmentize -l javascript for better visual impact.

Back then when I was developing Mitype, I had this exact problem. I had to do text wrapping based on the width of the terminal.
I ended up writing my algorithm, but now I have found this!

5. Print tokens for your code with tokenize

Tokenizing is a stage in the compilation phase where source code elements are converted into tokens. Let's tokenize the same file that we used in our 2to3 example. 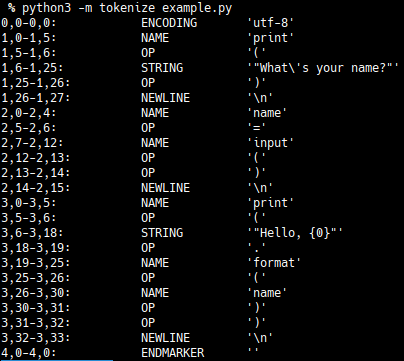 You might want to have a look at some more builtin modules here https://docs.python.org/3/py-modindex.html

8 Things I wish I knew as a Junior Developer