I wrote for awhile on Dev.to 2 years ago.

The short story is depression, but you're not my therapist, so let's not get deep into that. My second to last post on this site was a feeling of regret for not working hard enough. 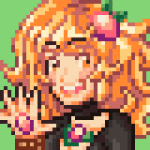 Not Working is Death?

I was upset at myself for playing video games instead of working on coding. But really, as Kasey Speakman discussed with me, it seems I was frustrated because I wasn't doing the right thing. I wasn't doing something fulfilling. During the times that I was working on projects as a newbie, it was especially rewarding because I was making little things move on the page and that made me happy!

I became unhappy because I could no longer find work that would challenge me. I was already feeling that, so that's why I had another article asking for advice of trying to get into the industry.

Pretty much after that post, I fell hard into that aforementioned depression and mental illness. After some hard work and consideration (and weirdly becoming much better and stable during the pandemic) in September of 2020 I just searched for "programming scholarships for women". I knew I needed guidance, but there was no way I could swing spending more money on school since I already went to fancy pants elite art college.

I happened upon a place called Kenzie Academy. It had a good payment plan (all on their website). I knew it was made for beginners and I had already surpassed that, but I wanted to solidify my web development experience and be able to create a web site from top to bottom and make connections to professionals in the industry.

Currently I have finished my Front-End Certificate (6 months). It was tough at times, but I learned a lot about React, MongoDB, and even Websocket for chat apps! I am now about a month into Quarter 3 where we learn Python for Backend.

So once again, I have been turning to video games and streaming as distractions.

But this time it feels different.

I've been using an app called Mix It Up to create alerts because I knew I could use images and have them more customized them Streamlabs that 99% of people use. What I didn't know is that you can almost have full control of the HTML/CSS of every single event that takes place.

Sadly you can not use javascript with it yet, but I'm learning lots of CSS tricks. I've been having so much fun doing this. When I make these silly little things, I think "This is kinda what I want to do". It's the exact same thing I liked when I was a beginner.

I was making little things move on the page and that made me happy!

It's the exact reason I love making games too. I'm a very visual person. It seems that manipulating data on the backend is just not what excites me. So now I have the make the decision of what I want to do, 6 months earlier then anticipated. I have been advised to stay in school, but look for jobs starting yesterday.

Which jobs? I'm not sure. Front-End Development is the easiest to pin down, but I was also told about UI/UX and CSS Animation Specialist. I'm not perfect yet, but I have a silly little digital certificate to my name now.

So how has Dev.to changed in 2 years? What kind of articles are most popular now? Where has your coding journey went since 2019?

Your new pretty and minimalist resume with LaTex

How do you manage FOMO?